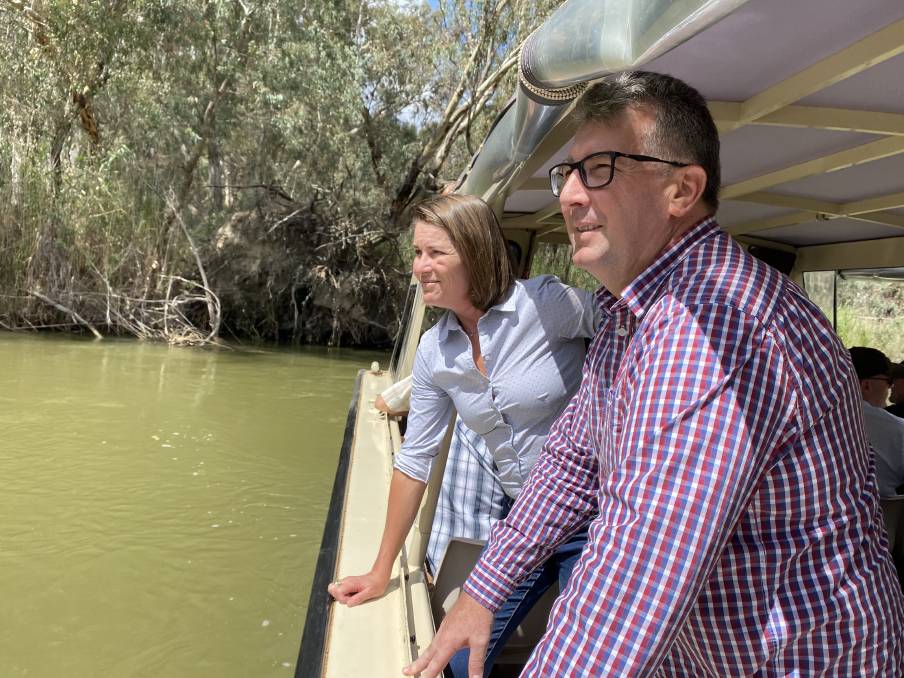 THE federal Water Minister has declared the time for reviews of the Murray-Darling Basin Plan is over after calls from NSW and Victoria for progress report were knocked back.

On Friday the water ministers of all basin states met at the Ministerial Council where NSW and Victoria called for a review of the basin plan to be provided by 2022.

Both states are concerned they won't be able to meet the basin plan's 2024 water recovery target - a concern that has been backed up by several recent reports.

If the 2024 deadline is not met, it could force the federal government to pursue the unpopular option of buying water back from farmers.

Although the federal government recently declared it would no longer carry out water buybacks, the power still exists within legislation, making it a possibility.

The proposal for another review was rejected and federal Water Minister Keith Pitt said basin communities "don't need another report telling them what they already know".

"I could hear the groans go up in towns from Goondiwindi to Gawler at the suggestion of yet another review after a year which has seen a number of significant reports already released and at least seven more to come as part of statutory and other reporting processes," Mr Pitt said.

"[Basin communities] expect all governments to deliver real action in their best interests.

"As a critical national asset, state and territory ministers need to be focused on working together in the interest of all stakeholders and communities."

"For the first time in my six years at the [Ministerial Council], the Commonwealth has actually scuttled what had been agreed and compromised by the states," Ms Neville said.

"Today was the first time I've seen the Commonwealth step in and say, 'no, we're not going to accept that compromise'."

"The Commonwealth cannot ignore that the basin plan is a legislated instrument, if water recovery is not achieved by 2024 then legally, they are required to recover any shortfall, which means buybacks," Mr Jochinke said.

"By not agreeing to the 2022 stocktake proposed by the states, the Commonwealth will most likely have to buyback water when the project completion date of 2024 is not reached."

"We are meant to have these projects delivered by 2024 - we don't believe they can be delivered," Ms Pavey said.

The Ministerial Council requires proposals to have unanimous support to pass - it was not revealed what states voted against the 2022 progress report, however South Australian Water Minister David Speirs publicly came out against the proposal.

"We know some of those [goals] will be hard to reach by 2024 but that's no reason just to back off the plan," Mr Spiers said.

"If you're running a race and you think you might not get to the finish line that's no reason just to go home."