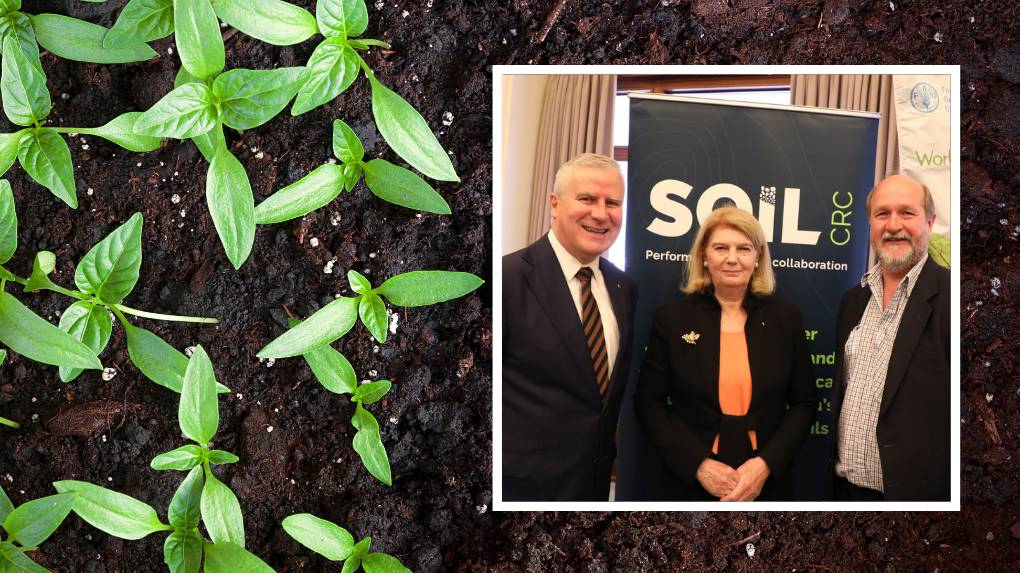 Politicians from both sides of the divide have come together to put soil health on the national agenda.

Don't be surprised to start hearing soil described as a "vital natural resource" and a "strategic asset", as the group of heavyweight politicians from both sides of the divide push the importance of healthy soils.

The newly formed Parliamentary Friends of Soils will aim to do the dirty work of elevating soils into the national spotlight.

Deputy Prime Minister and group co-chair Michael McCormack said Australia was a land of extremes - droughts, floods and fires - which made the health of its soil all the more important.

"When we have healthy soil, we have a healthy nation - it's not just farmers, it is relevant to everyone," Mr McCormack said.

The Parliamentary Friends of Soil will push issues associated with landscape management and soil health to policy makers in the centre of government.

The recently appointed National Soils Advocate, former ambassador and Queensland Governor Penelope Wensley, vowed to work with the group to "preach to the unconverted".

"Soil is a vital natural resource and a strategic asset," Ms Wensley said.

"Soil can deliver genuine solutions to some of the mega challenges that we confront across multiple portfolios, from climate change to agriculture to the environment."

Agriculture Minister Littleproud said the attitude of farmers towards soil health had changed over the past few decades, and now they "intrinsically know their profit and margin is tied to the health of their land".

"I have been tasked and given the opportunity to come back with the [national] soil strategy, to ask for real dollars, such is the elevation of this within the government," Mr Littleproud said.

"We're working as quickly as we can to make sure that when we get to the budget next year, there are tangible and tactile programs that we can roll out.

"This is our window of opportunity that we need to grasp."

Labor MP and group co-chair Linda Burney said as a child in Whitton, she remembers watching "huge red clouds rolling in" from her veranda.

"At the time I did no comprehend the horror of what I was watching - thousands of years of precious soil blown away in one afternoon," she said.

Ms Burney, Labor's spokesperson for Indigenous Australians, said First Nation's people were the first custodians of the soil and there was still plenty to learn from ancient Aboriginal land care practises.

"If we look after our soils, our soils look after us - the Bible and the Aboriginal Dream Time stories both teach us that," she said.

Mr McCormack paid tribute to the outgoing National Soil Advocate, Major-General Michael Jeffery, whose work led to the formation of the parliamentary group through his eight years of tireless and passionate lobbying to elevate soil health to the national agenda.

"By championing soil health from Parliament House to the paddock, he successfully changed attitudes towards soil sustainability and energised change on farms right across Australia," Mr McCormack said.

Ms Wensley applauded her predecessor, who "chewed the ears of thousands of people and five Prime Ministers".

"And here we are, with a Parliamentary Friends of Soil group - I have assured Michael I will be equally tenacious and persistent in the role," she said.