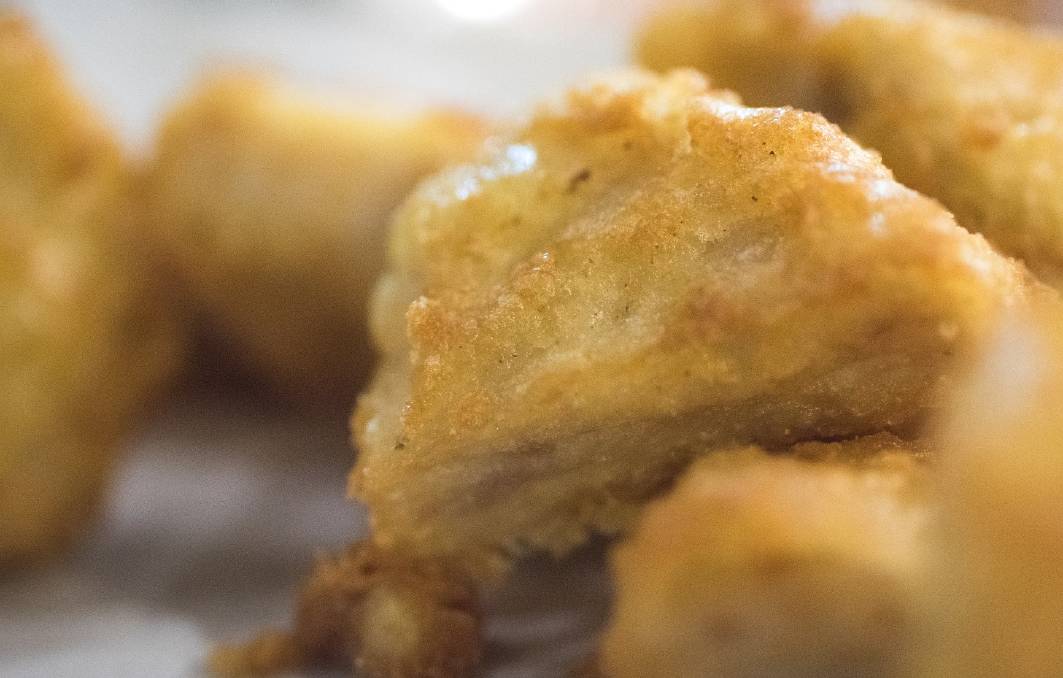 Chicken meat created from cultured live chicken cells has been approved for commercial production in Singapore.

The new age cultured product, developed by San Francisco-based technology outfit Eat Just, will be used as an ingredient in fried chicken nuggets, and plans are afoot to make chicken fillets.

However, it won't be cheap, with Eat Just last year flagging the cost of serving up chicken pieces as high as $50 each.

Singapore is the first country in the world to approve any cultured meat for commercial sale.

The tiny Asian economic hub, which imports about 95 per cent of its food needs, has food security and reliability as a key government priority.

Singaporeans consume about 34 kilograms of chicken per person each year as a mainstay, with rice, in their national diet.

The government has been supportive of cultured meat, talking up its ambitions to promote production in the country.

It is also investing up to $145 million to develop urban agriculture, vertical farming, microbial protein production and cultured meat as part of a goal to make the country 30pc self-sufficient in food production by 2030.

However, Eat Just's cultured chicken will still probably be a super-premium product for the first few years, at least.

The Singapore Food Authority said Eat Just had met the safety standards for use in chicken bite type products, opening the door for a commercial launch in the country.

Its tick of approval is seen as a major step forward for the laboratory-grown meat industry and Singaporean testing standards adopted to approve the new "meat" are expected to be useful for other regulators or in convincing other countries cultured meat is safe.

"I'm sure that our regulatory approval for cultured meat will be the first of many in Singapore and in countries around the globe," said Eat Just co-founder, Josh Tetrick.

"Working in partnership with the broader agriculture sector and forward-thinking policymakers, companies like ours can help meet the increased demand for animal protein as our population climbs to 9.7 billion by 2050."

However, food industry analysts note the high production costs and difficulty in scaling up production with full regulatory support mean commercial releases of lab meat will probably take some time in Europe and the US.

In Singapore Eat Just has with local manufacturers to formulate the final product, initially for sale in high end restaurants.

The cultured chicken meat will be grown in 1200-litre bioreactors and combined with plant-based ingredients, although the growth medium used in the production line includes fetal bovine serum extracted from cattle foetuses.

Eat Just claims a plant-derived serum will be used in its next production line, however that wasn't available when the Singapore approval process began two years ago.

Keeping the new age food competitive with conventional meat and vegetarian products could be a ongoing challenge according to industry observers, who question if the bioreactors used by the company will be big enough for large-scale production.

Will it be viable?

Although production costs were coming down, Cambridge-based IDTechEx noted development of large-scale bioreactors was acknowledged as a key challenge for the industry.

Despite the cost efficiency advances made in the past year, cultured chicken was still likely to be a super-premium priced product for several years.

The cost factor, would in turn, add to challenges associated with getting consumers to show an interest in the product and make it commercially viable.

Proterra, originally established as an investment arm of US giant Cargill, has stakes in big scale cropping, mixed farming and cane growing operations in Queensland, NSW, Victoria and South Australia.