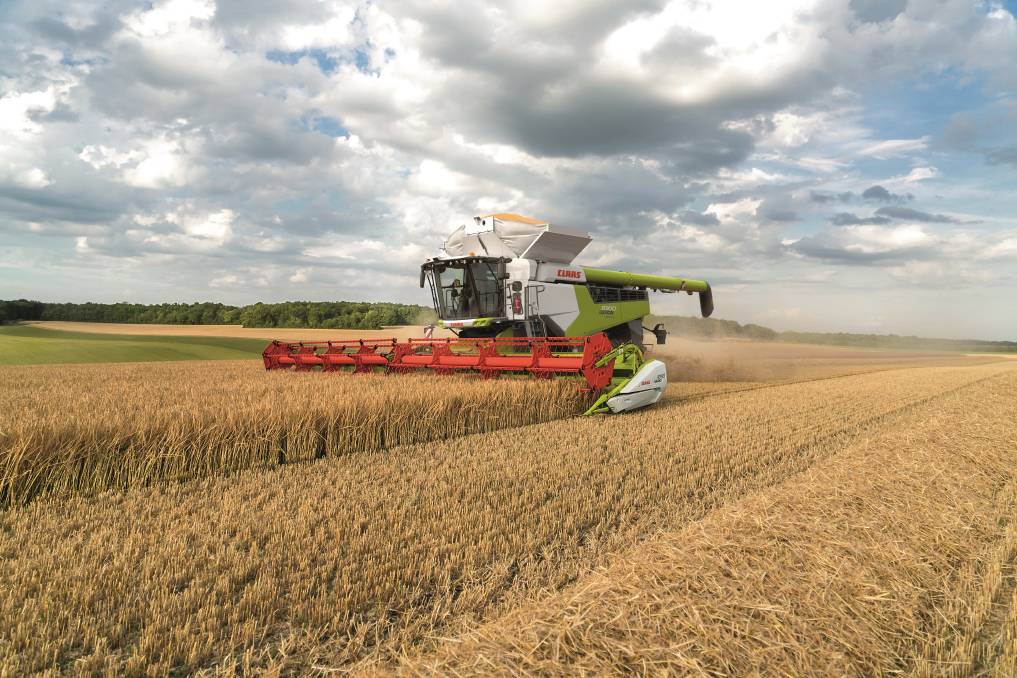 Claas is popping the champagne corks for the 25th anniversary of the launch of its Lexion combine harvesters.

The global success story started with the 480, the world's first combine harvester to incorporate the patented APS Hybrid system.

Claas Harvest Centre product manager for Lexion Steve Reeves said the APS Hybrid was recognised as a breakthrough in harvesting technology at the time,.

"It combines an accelerated pre-separation system with twin longitudinal rotors for residual grain separation," he said.

"This allows the Lexion to operate more efficiently and longer in all crop types and harvesting conditions.

"APS accelerates the crop flow to 20 metres a second, meaning 70 per cent of separation occurs before the crop even reaches the rotors.

FLASHBACK: A Claas Lexion header in action back in 1995.

"Claas is still the only manufacturer to offer both systems in the one machine."

Mr Reeves said the Lexion 480 was able to comfortably process up to 35 tonnes an hour, a figure that rose to more than 40t with the addition of longer rotors in 1996.

The Lexion 480 also featured swivel-action spreaders that distributed straw evenly across the entire cutting width of the front attachment, a high visibility cabin and the CEBIS operating system.

"In 1998 the model became the first large combine harvester to be factory-fitted with rubber crawler tracks," Mr Reeves said.

"Terra Trac responded to the industry's need to protect soil as front attachments became even wider and heavier.

"Another breakthrough came in 2011 when road speeds of up to 40km an hour became possible."

The size of the threshing and feed drums have been increased by 26pc and 37pc, respectively, for optimal crop flow, Mr Reeves said.

Likewise, the capacity of the residual grain separation increased by 20pc.

"This system is the product of eight years of field development and more than 6000 hours of testing in a range of harvesting conditions and crops in 10 countries including Australia," he said.

Mr Reeves said earlier this year a 790 horsepower Lexion 8900 Terra Trac broke the "sound barrier" for harvesting when it recorded peak outputs of more than 100 tonnes an hour of wheat and averaged 94t/h over eight hours.