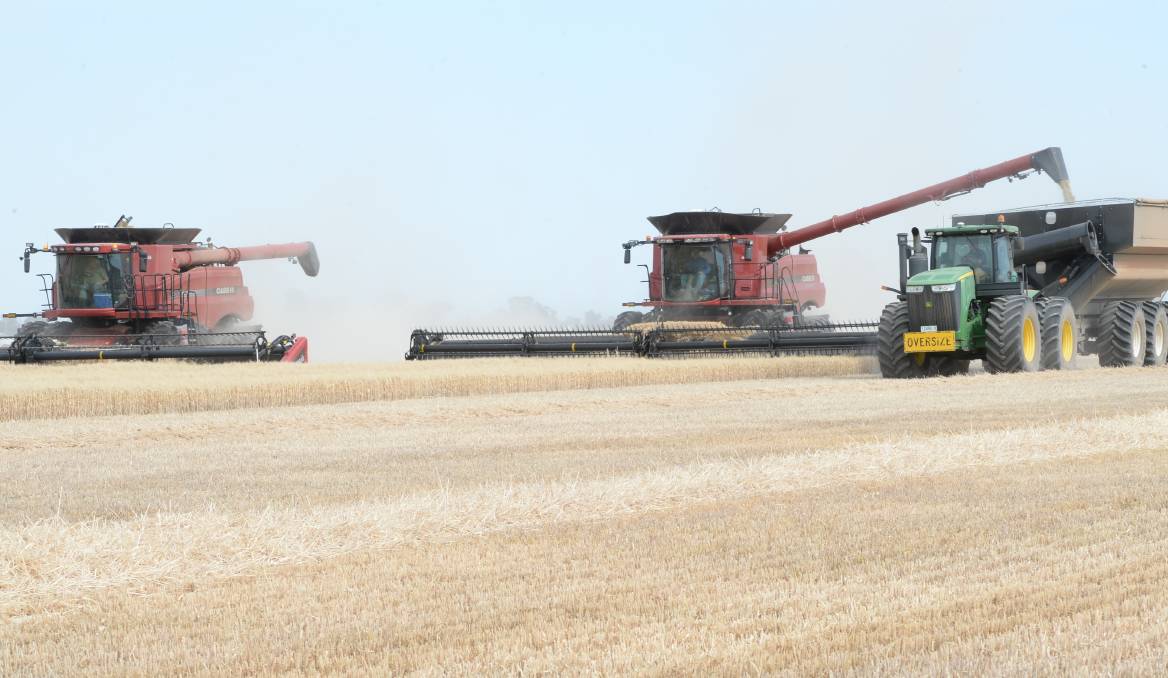 After three drought-stressed years spent struggling to keep Australia's farmgate production values near the $60 billion mark, farmers have broken through with a booming $65b year tipped for 2020-21.

The nation's second largest winter crop and a promising rainfall outlook for summer have pushed the latest production tip from the national farm commodities forecaster into new territory - up seven per cent on previous estimates.

Only three months ago the Australian Bureau of Agricultural Resources Economics and Sciences was talking about the gross value of farm production likely to climb to about $61b.

However, at that point it was cautious about lower prices dragging on livestock industry returns and the potential cost of the coronavirus pandemic on the horticulture harvest.

"Livestock prices have stayed high with herd and flock rebuilding and continued international demand," he said.

"We're expecting a near all-time high winter crop - the best ever in NSW - and a more favourable outlook for summer cropping than we have seen in recent years."

The residual effects of past dry seasons and trade uncertainties are pushing down export values - Steve Hatfield Dodds, ABAREs

ABARES' latest Agriculture Commodities report has charted the farming sector recovery from drought, and its resilience in the face of COVID-19.

Dr Hatfield Dodds said Australian producers managed one of the most variable environments in the world, "so ebbs and flows in production are to be expected".

"Exports have continued to find markets during the pandemic, but the residual effects of past dry seasons and trade uncertainties are pushing down export value," he said.

The recovery from drought conditions was keeping more livestock on farms to breed up rather than being available to meat exporters, while overseas meat prices were also starting to wane as the recovery from the past year's African swine fever epidemic lifted China's pork production.

That forecast was a notable change from ABARES' September commodities report which had said despite COVID-19 reducing consumer spending power, red meat prices were likely to remain close to historic highs, particularly for Chinese consumers who would need alternatives to local pork for some years.

Elsewhere on the China front, ABARES noted the impact of massive import tariffs on the wine trade was one of several risks which remained watch points for agricultural earnings for 2021.

However, ABARES latest commodity outlook put into global context the rising local concerns about China as an unpredictable trade partner and Australian exporters being too reliant on Chinese buyers or vulnerable to non-market related pressures which may have provoked anti-dumping tariffs against our wine and barley.

Australia's share of total Chinese imports had changed little since 2001 when China joined the World Trade Organisation and began trading more with many countries.

"Application of these trade rules is Chinese government policy and should not always be interpreted as an escalation in trade tensions."