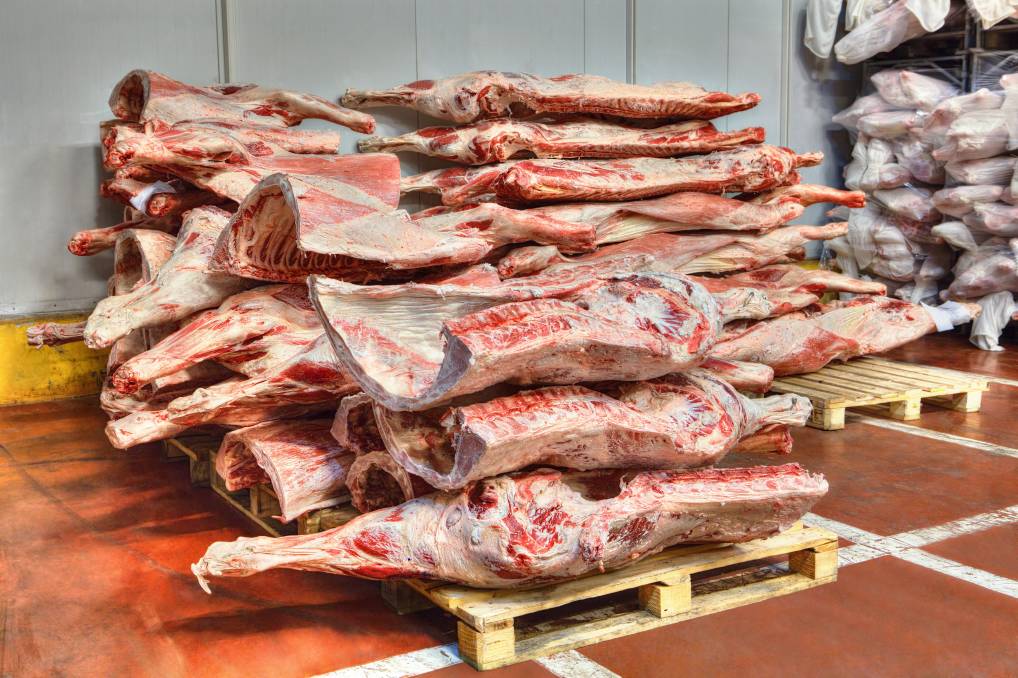 DROP: While tonnage is down 23pc on last November, it must be remembered that the latter half of 2019 saw an escalation in kill numbers, particularly of female cattle, as drought conditions worsened.

DESPITE supply remaining tight throughout the month keeping cattle prices at prohibitive levels, exporters turned in a very creditable performance, with beef shipments totalling 79,947 tonnes across all destinations in November.

That is a good hold on October's rebound back to 81,000t after September's low point for the year of 72,000t but nevertheless a long way behind November last year when 104,000t was shipped. On that basis tonnage is down 23 per cent.

Still it needs to be remembered that the latter half of 2019 saw an escalation in kill numbers particularly of female cattle as drought conditions worsened.

It also means that once the December figures are in, Australia's beef exports for the year will be around 1.03 million tonnes, about 200,000t or 16pc behind 2019.

A cheaper trend in the past couple of weeks in grid prices and at saleyards suggests some additional numbers becoming available, but rather than making a significant difference to the kill, all it will probably mean at this late stage of the year is a bit easier task for livestock managers to fill remaining kill slots.

The extra cattle are no doubt due to a combination of high prices and failure of an early start to the much anticipated La Nina wet but that does not really make supply predictions for the opening part of 2021 any easier.

Certainly the usual seasonal run in the south looks promising with good numbers of cows and ox already showing in markets such as Wagga.

But the question remains as to when the vast number of predominantly Brahman cows from central-west and north-west Queensland that went down into NSW in 2020, ostensibly as a turnover proposition, will start to flow through.

Beef shipments totalled 79,947 tonnes across all destinations in November. That is a good hold on October's rebound back to 81,000t after September's low point for the year of 72,000t.

One line of thinking is that a black bull may instead have been put in with them for a winter calf, which means they might not contribute much to the cow kill until 2022 at the earliest.

To the extent that bull sale statistics are a guide to joining intentions, figures compiled by Angus Australia show 500 more Angus bulls sold at auction this year compared to last.

US volume falls but Asia up

MOST notable of major market destinations in the November export result was the United States.

From October's low point for the year of 14,486t, volume fell a further 5000t to just 9569t, the lowest monthly total in the nine years I have been keeping count.

However, November often shows a steep fall in volume of Australian product to the US, sometimes recovering in December and at other times not.

Various factors are at work including seasonal demand cycle in the US, seasonal supply cycle in competing export countries, extraordinary weather events and, as happened last year, extreme competition from other market destinations.

Steiner's current weekly summary of the US market provides some insight.

Firstly at this time of year there is usually a reduction in import volumes from the annual summer high. Latest US figures show October imports of fresh/frozen and cooked beef down 33.5pc on July.

But with availability from Australia limited and asking prices reflecting our extreme inflation in cattle prices, US importers will naturally look to other sources where they can.

In that regard bull slaughter in New Zealand seasonally moves up during Nov/Dec and this year is running ahead of last year's levels.

Despite the amount of product it sends to China, Brazil remains competitive in price and has capacity to supply, and its volume into the US is growing rapidly off a relatively low base.

This, and increases from smaller suppliers in Central America and even Ireland, is offsetting the decline in Australian sourced product.

In contrast to the US, all major Asian markets took a higher volume of Australian product in November.

Japan led the way with an extra 3000t, taking November to 25,422t, the second highest month this year.

On a calendar year-to-date basis that takes Japan to 246,727t which maintains it as Australia's largest export market with an anticipated full-year result of around 270,000t.

In similar fashion South Korea lifted by 2700t in November taking monthly volume to a year high of 16,559t.

While this may in part be explained by a later than usual triggering of safeguard, it is also encouraging to see that despite our high cost environment this year and the tariff and safeguard advantages enjoyed by major competitor the US, Australia will end this year within 1-2pc of last year's volume.

While not of the same magnitude as the increased volumes to Japan and Korea, China continued its upward trend evident since the September low point of 10,000t.

That means China will end the year with shipments from Australia totalling around 195,000t, a drop of more than 100,000t or 35pc on last year.

That will relegate China to third largest market by volume for Australian beef this year behind Japan and the US compared to being clear market leader in 2019.