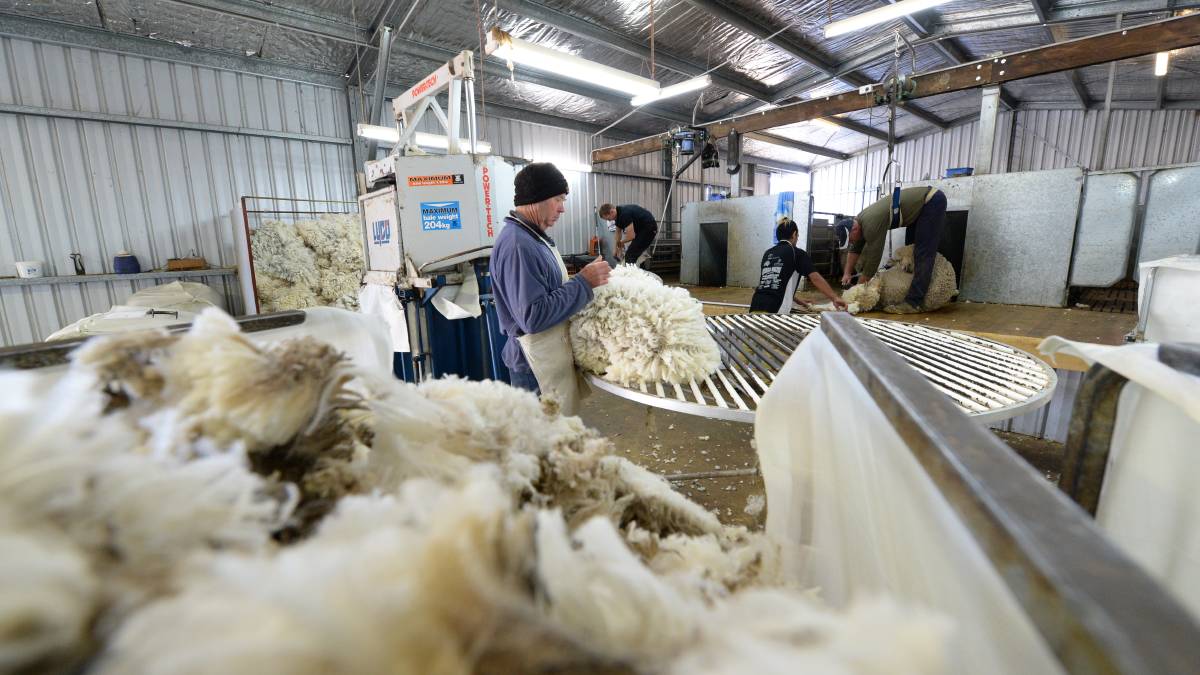 Wool was one of the hardest hit commodity's due to Covid-19, but now shows signs of hope.

The wool industry was predicted to begin a recovery in 2020 after battling a prolonged drought, decreased demand and a large correction in wool prices.

But nobody expected a global pandemic.

Consumer demand, primarily driven down by COVID-19 impacts, hit the wool industry hard and was reflected in the dramatic price drop.

Key markets in China to Northern Europe at various times were on the frontline of the pandemic and domestic and global supply chains were severely disrupted.

In July, the market slumped, albeit from from a very high mark. Only recently has it shown signs of recovering.

Compared to its peak 18 months ago, the price of Australian wool is down by almost 60 per cent.

Yet the market didn't go as low as some were expecting, and is showing signs of resilience.

Nutrien Ag Solutions south east wool manager David Hart said woolgrowers shouldn't forget their forged efforts in recovering from one of the worst droughts endured, and the revival, albeit a subdued one, has shown positive signs for the industry.

"We have sort of half forgotten about the drought. It broke in January February this year and I think you would have to mark that as the biggest positive we can take from 2020 - the breaking of the drought and the subsequent boom season," Mr Hart said.

"It didn't cover 100 per cent of the state, and those exceptions and those areas that didn't initially get the break, I think they have caught up a bit by now."

In regards to the market, Mr Hart said after it hit its lowest point, the recovery had been impressive.

"I think the way the market has recovered from the low it hit on September 20, when the northern market indicator hit 919 cents per kilogram, to recover in such a short period of time gives the market some much needed hope," he said.

"Since the market started to fall in January, the indicator has lost over half of its value. We have regained about half of that since September 20.

"So in the space of three months, it's been a dramatic recovery, and I think the wool industry can take a lot of heart from that."

For most of the year, the wool industry has been relying on the one market, China, accounting for 82pc of the value of wool exports in 2020.

Mr Hart said the fact that Australian currency has been firming recently was a clear sign of hope.

"With vaccines starting to be released and used we can actually see people being vaccinated instead of just talking about when it might happen," he said.

"This will be the first step in the reopening of retail stores and the economy in general, giving the consumers the opportunity to get back to work and for life to resemble some sort of normality again.

"I know the northern hemisphere still has huge challenges, but the vaccines they may at last be able to meet those challenges and overcome them."

According to the Rural Bank 2021 Australian agricultural outlook, demand for wool is expected to remain subdued by the impacts of COVID-19, but should make a slow recovery.

But until demand expresses improvement, wool prices are expected to remain average.

"The first half of 2021 is expected to see the Australian wool market slowly recover," Mr Pain said.

"Improved seasonal conditions will aid flock rebuilding and drive increased supply which which will place some pressure on wool prices.

"This is expected to be offset by slow improvements in demand which could lead to a steady recovery in prices in the first half of 2021."

"The extent and speed of a recovery in wool prices will largely depend on how quickly retail demand recovers in the US and Europe, adding to already improved demand in China," Mr Pain said.

"A recovery in these markets in early 2021 could allow the EMI to trend along the upper forecast range and return above 1300c/kg by June 2021."

After falling by 5.5pc in 2019-2020, wool production in the first half of 2021 is expected to increase year-on-year, but will remain below average.

This is driven by driven by favourable seasonal conditions on the eastern seaboard in late 2020 which are expected to lead to an increase in average wool cuts.

However according to the Rural Bank report, the relative strength of sheepmeat prices compared to wool will continue to see some some producers favour meat breeds as they rebuild flocks resulting in fine wool production remaining relatively tight over the longer-term.

Low sheep numbers carrying over into 2020-21 are also expected to further reduce the number of sheep shorn nationally by 5pc to 65 million.