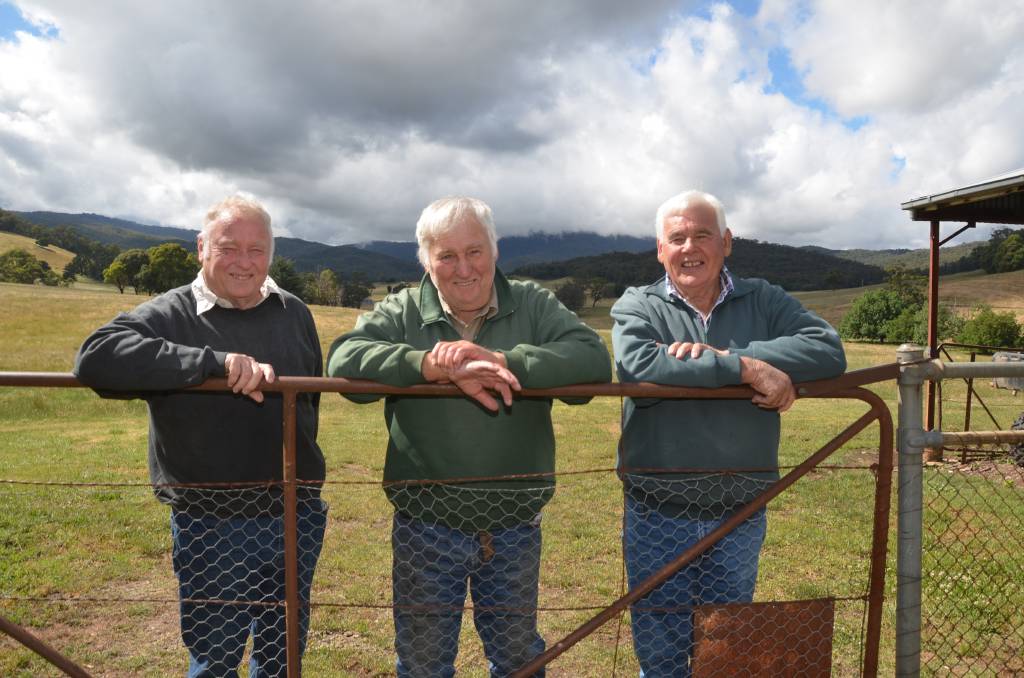 Renowned cattle breeders David, Graham and Ian Webb from Tallangatta Valley are ready for the next chapter.

How the Webb brothers went from dairy farmers to top-selling beef producers.

Renowned cattle breeders, Graham, Ian and David Webb have lived together at the very end of the Tallangatta Valley since they were children. But the Victorian brothers, now in their sixties and seventies, are ready for a change - retiring to Myrtleford together after selling their property, 190 Angus cows and heifers and 200 weaners.

The reputation of their cattle combined with the red-hot market saw their pregnancy-tested-in-calf cows make up to $3260 during a store cattle sale at Wodonga in November.

The Webbs, who also have a sister Elaine and another brother Noel, grew up as dairy farmers, milking at their Tallangatta Valley property. When they were young their father died in a car accident and the brothers said their mother became the backbone of the farm.

"Mum was the boss," David said. 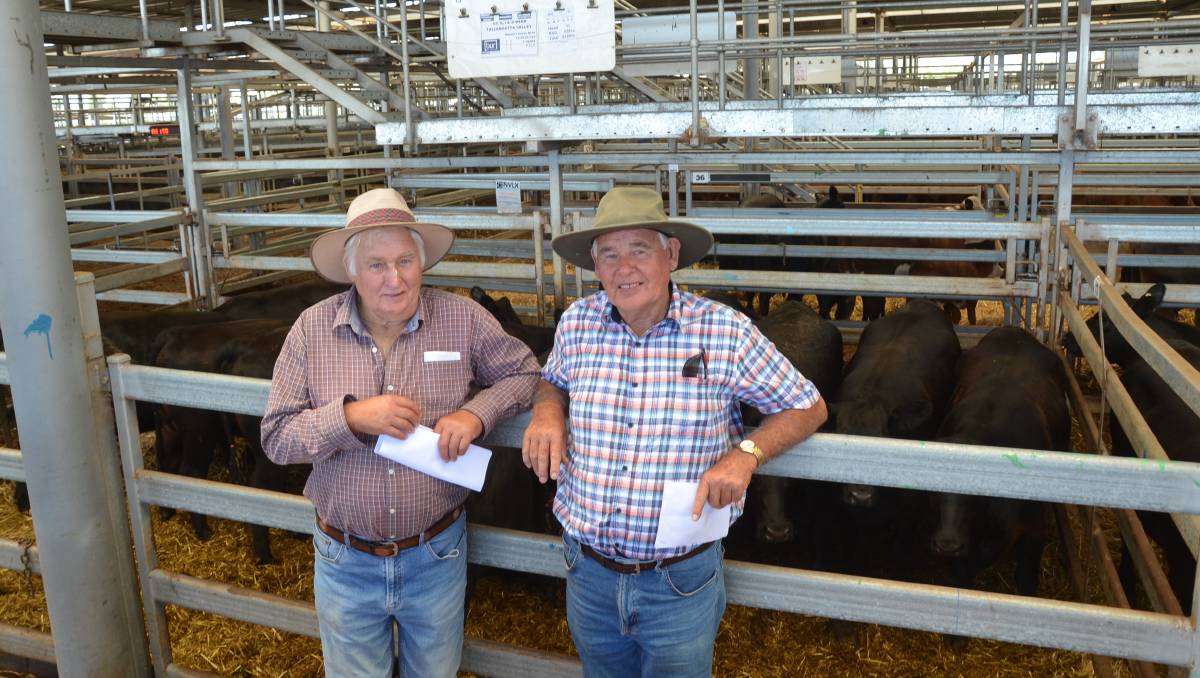 Graham and Ian Webb at their dispersal at Wodonga.

She was one of around six women in the valley who were widowed with young children.

"All the women stayed on running the farms," Graham said.

Ian explained one of the lessons their mother, who died in 2005, taught them was to always stock for an average year not a good year.

"People say you should be running more cattle, but if the work load and cost isn't there you're miles ahead doing it easy," he said.

It was a lesson that fits with one of their farming philosophies, to always stick within your means.

But, although those values have remained with them, their operation has been reincarnated several times over the years.

They first went from being dairy farmers to vealer producers, breeding a Friesian Hereford cross. However, the brothers describe that enterprise as a headache, with their vealers often discounted for being too heavy.

"Once they were one kilogram over and they docked us $40," Ian said. 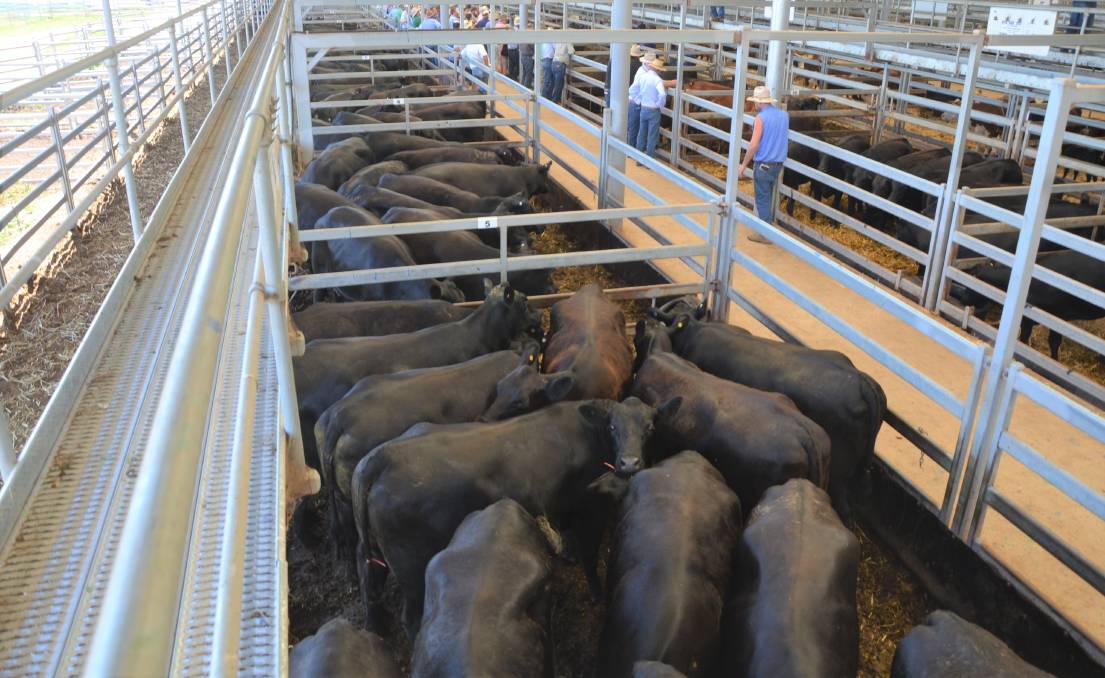 They found when it came to marketing, straight bred cattle were a lot more straight forward, and they switched to producing Angus weaners around 25 years ago.

Their Angus cows were initially sourced from Bongongo Angus at Coolac and George Barry from Cooma, and they soon moved to running a self-replacing herd, selling into the January weaner sales.

"We went for well-known breeders, a lot of people are just buying on budget, but you won't get anywhere doing that," Ian said.

The brothers believe it is crucial to allow cattle to select graze, and although they have had hay stacked away for emergencies, they plan not to get to that stage.

Instead their cattle have eaten a diet of Phalaris, clover, Cocksfoot, rye and native grasses, including kangaroo grass.

"It's important to let cattle decide what to eat, they know what they need," Ian said.

"We have virgin bush in every paddock and a nice warm gully is equal to a feed of hay."

Keeping their feed levels up enabled them to do away with drenching.

"If the cows eat below 100 millimetres, that's where they'll find the parasites," Ian said.

Moving to one calving

Until around five years ago they were doing two calvings a year to split their workload, but they found a spring calving was not allowing them to put enough weight into their weaners.

"You don't have the calves feeding on the grass in the summer, that's where they whack the weight on, eating seed from the rye and native grasses," Ian said.

"During summer you would have to start feeding hay or silage to supplement them."

Ian said they were always learning and had loved farming, but felt now was the right time to move on and were preparing for their clearing sale, to be held on Friday.

"It only takes one accident, you're not as quick as you used to be," he said.

"Employing labour is very difficult and the costs don't work out," David added.

The brothers also watched two bushfires get within around seven kilometres of them last summer.

Their new home will be in the centre of town, a huge change from living at the end of the Tallangatta Valley, but one they are ready to embrace.

"We'll sit back and unwind for a while," Ian said.