Research shows ewes are more productive and are all round happier when shorn twice a year. 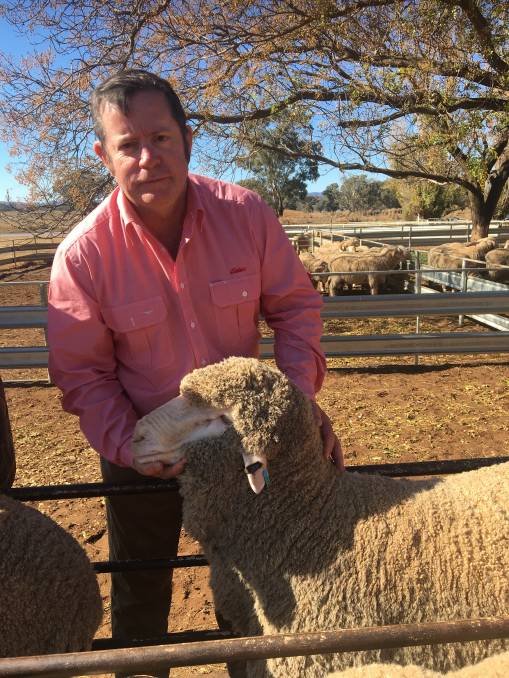 Pregnant Merino ewes that are shorn twice a year spend more time grazing, put on more weight and are likely to have healthier lambs with finer fleeces, researchers from The University of Queensland and Elders have found.

"We discovered that you can identify the current pregnancy status of a ewe by analysing the progesterone levels in a wool clipping from the top knot, which is an easy spot to access on sheep in a race," Mr Sawyer said.

"It's a world first and you can use wool samples collected during normal shearing or any other time you have them in a race to check pregnancy."

Wool samples can also be used to measure levels of the stress hormone, cortisol. The researchers collected samples throughout the different stages of pregnancy and found cortisol levels were significantly lower in twice-shorn ewes.

"We believe the animal actually feels more relaxed with less wool to carry and is comfortable to graze more," Mr Sawyer said.

Digibale smart-tag data showed the twice-shorn ewes spent 46 per cent of their time grazing, compared to just 35pc for those shorn once.

That extra feeding time converted into higher body condition scores (BCS). The BCS of ewes shorn once decreased continuously throughout pregnancy, while twice-shorn ewe BCS increased between pre-joining and mid-pregnancy, followed by a slight decrease between mid- and late pregnancy.

"Because its mother is eating more, there is getting a greater plane of nutrition coming through and the lamb is likely to benefit from a higher birthweight and a better milk supply," he said.

Assessment of the lambs showed those with twice-shorn mothers had visually finer wool by 0.8 microns with higher average comfort factor and the spinning fineness difference between shearing frequency groups was 0.9 microns.

Mr Sawyer said the research showed shearing twice a year had the potential to reap large benefits for woolgrowers in the right circumstances.

"At 16.9 microns, wool is worth 1846 cents a kilogram but at 16.3 microns it jumps to 2030. The visual differences might not be statistically significant for a small sample size like this trial but they are very significant to growers financially.

"It's certainly worth trailing on commercial farms if you have the right set up and season to support shearing ewes twice," Mr Sawyer said.

While the experiment needed to be replicated with larger mobs of sheep to generate further statistically significant results, Mr Sawyer said even very small differences in wool phenotype quality had the potential for large benefits to growers.

Mr Sawyer is currently undertaking part-time doctorate studies into remote monitoring of ewe and lamb behaviour for reproductive success through the University of Sydney.