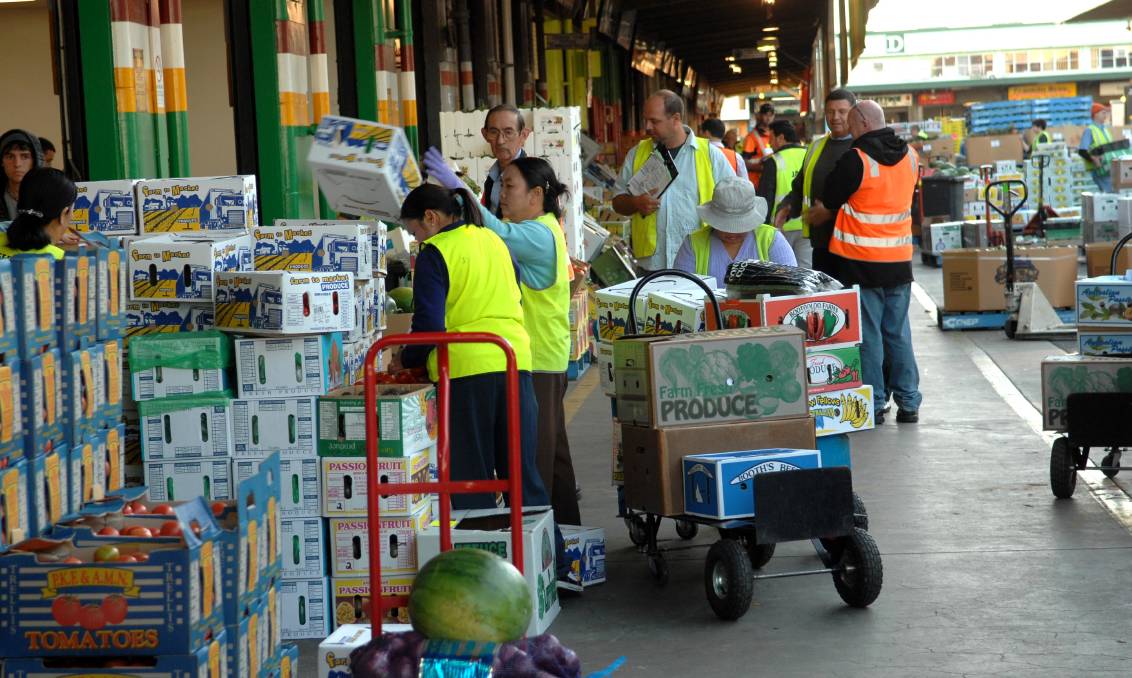 The national competition watchdog says there's not nearly enough fair competition in the agricultural marketplace and new trading laws are badly needed, particularly in the horticulture and chicken meat sectors.

Excessive bargaining power imbalances enjoyed by retailers and food processors are creating harmful market practices in the meat, egg, seafood, milk and horticultural industries according to the Australian Competition and Consumer Commission.

More than 80 submissions were made to the inquiry, with at least half made confidentially because of the sensitivity of farmer relationships with their buyers.

Among the harmful practices imposed on producers and identified by the ACCC were supermarkets expecting suppliers to disclose confidential financial or intellectual property details during cost-price negotiations.

Some suppliers who sought price increases or refused to cut their costs for supermarket private label products had their products delisted, or they had contracts terminated or volumes cut if they raised price concerns with processors.

The ACCC found some sheep and beef producers had little transparency over the carcase grading process, which subsequently generated a lack of trust about prices paid.

A conclusion sure to sting in the retail sector is ACCC's call for the voluntary Food and Grocery Code to become mandatory, with penalties for breaches.

The more perishable a product is, the weaker the farmer's bargaining power often is. - Mick Keogh, Australian Competition and Consumer Commission

The competition watchdog flagged an immediate start to deeper investigations into the chicken meat industry as a result of its inquiry, plus follow-up questions to horticultural wholesalers who were allegedly breaching the Horticultural Code of Conduct.

"In most perishable agricultural goods markets there are many farmers, but few processors or wholesalers, and even fewer major retailers," he said.

"The more perishable a product is, the weaker the farmer's bargaining power often is."

The report said a drive for economies of scale at processing and retail levels had skewed the market so a relatively small number of buyers were vying for most of the produce.

The ACCC had studied factors affecting bargaining powers and numerous features of perishable supply chains with "potential to cause harm to suppliers and the efficiency of markets".

It noted how dairy processors took into account farmers' costs of production, which had been extreme in recent years because of challenging environmental conditions, yet farmgate milk prices still did not lift in line with rising production costs.

Tellingly, however, the minimum price processors paid generally was higher when there was more local buying competition for the available milk.

The report said poor price transparency in markets for perishable goods may weaken bargaining power, especially for farmers, who were typically not in a position to influence prices they received.

The ACCC pointed to some horticulture producers with no forward price or contract certainty as their deals were usually negotiated after planting must commence, so they regularly grew crops with no guaranteed buyer or price.

Other contract terms, such as in the chicken and winegrape industries, failed to share the risk, with grapegrowers not receiving full payment for nine months after harvest.

"The ACCC considers winemakers in a better financial position to bear the cost of holding inventory than producers," the report said.

"We have known about competition failures impacting farmers for some time," he said.

"Dairy, poultry meat and horticulture farmers are bearing the brunt of supply chain inequities, whether that be due to disproportionate power at the retailer or processor level, or both."

While certain reforms in the pipeline would address some issues identified by the inquiry, the ACCC felt these would be inadequate to respond to all the significantly harmful practices highlighted.

The ACCC has now urged governments and industries to explore measures to increase price transparency in perishable agricultural goods industries, in order to increase competition.

The inquiry's report noted the mandatory Dairy Code had improved transparency of price and contracting arrangements, and reduced barriers to farmers switching between processors, which encouraged competition.

There could be room for further improvement in some aspects of the Dairy Code, but the ACCC was not recommending substantial changes just yet.