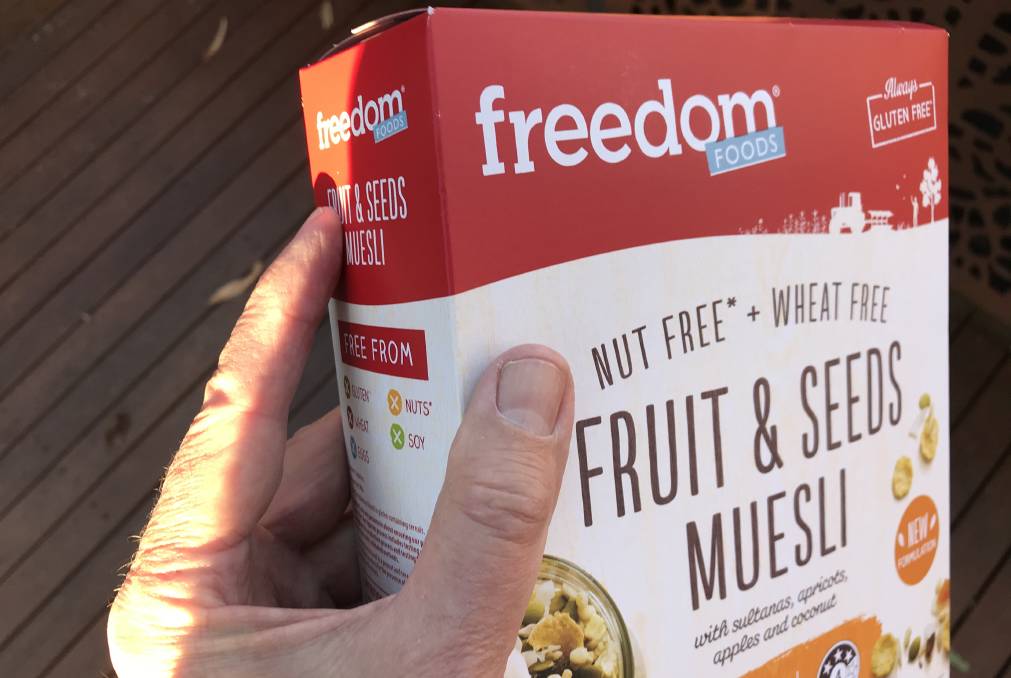 Big money backer, Ron Perich, will join next month's list of board room departures from the financially-troubled Feedom Foods Group.

January is also tipped to bring confirmation of the sale of Freedom's trademark breakfast foods and healthy snacks business.

Speculation puts private equity giant KKR as a front running candidate to buy the division, which had sales of almost $70 million in 2019-20, down $11m on the previous year.

Details of a $280m recapitalisation plan for the business are also expected for January, with Freedom and "a new investor" in advanced discussions to "to support the capital and operational turnaround of the business".

The re-shuffled management and board at Freedom Foods Group have been scrambling to get the dairy, plant beverages and cereal products business' house back in order before a postponed annual general meeting on January 29.

The company has had a traumatic six months of internal investigations, losing its managing director and chief financial officer in June, and almost $600 million in losses and writedowns.

Mr Perich, who with brother Tony, represents the family's Leppington Pastoral Company's Arrovest 54 per cent cornerstone stake in Freedom, is retiring after 15 years on the board.

He will be replaced at the AGM by accountant Timothy Bryan who already stands in as an alternate director for the Perichs when required.

Recently appointed director Genevieve Gregor, who is seeking AGM support for her official election to the board, is set to succeed Mr Gunner as chairman.

She joined Freedom Foods just a few months before the company started finding discrepancies in its accounting records and stock volumes in June and has been heavily involved in identifying and addressing the financial concerns and plans for a recapitalisation.

Another new recruit, Jane McKellar, is also seeking shareholder support in January for her appointment.

Outgoing director Mr Allen has been on the board for seven years and is the chairman of the company's audit committee.

Retiring Mr Perich's son Michael took over as Freedom's temporary chief executive office in August after Rory Macleod resigned in July in the wake of inventory audits of the business discovered outdated and obsolete UHT milk and cereal products in warehouses dating back to 2017.

The Perich family has backed Freedom Foods since 2005, and was instrumental in supporting the A2 Milk Company establishing a foothold in Australia under Freedom's auspices. They operate one of Australia's biggest dairy farming enterprises, based south west of Sydney.

Freedom will continue a six month voluntarily suspension from share trading until after details of its planned capital raising are released.

The company has reportedly been in talks with international hedge fund Oaktree.

Meanwhile, the cereals and snacks business, which includes Freedom Foods, Heritage Mill and Arnolds Farm branded muesli and Messy Monkey snacks, is believed to be an appealing buy for KKR because of its potential fit with the Arnotts Group's biscuit business.

The equity group bought Arnontts, as well as parts of the Campbell Soup Company for more than $34 billion last year.

More details of its sales plans are expected at the January AGM which will be held as a video conference only.

Details are also expected to emerge about the progress of a shareholder class action in the Supreme Court of Victoria being co-ordinated by compensation law firm Slater and Gordon which has claimed the company breached its continuous disclosure obligations and misled shareholders.