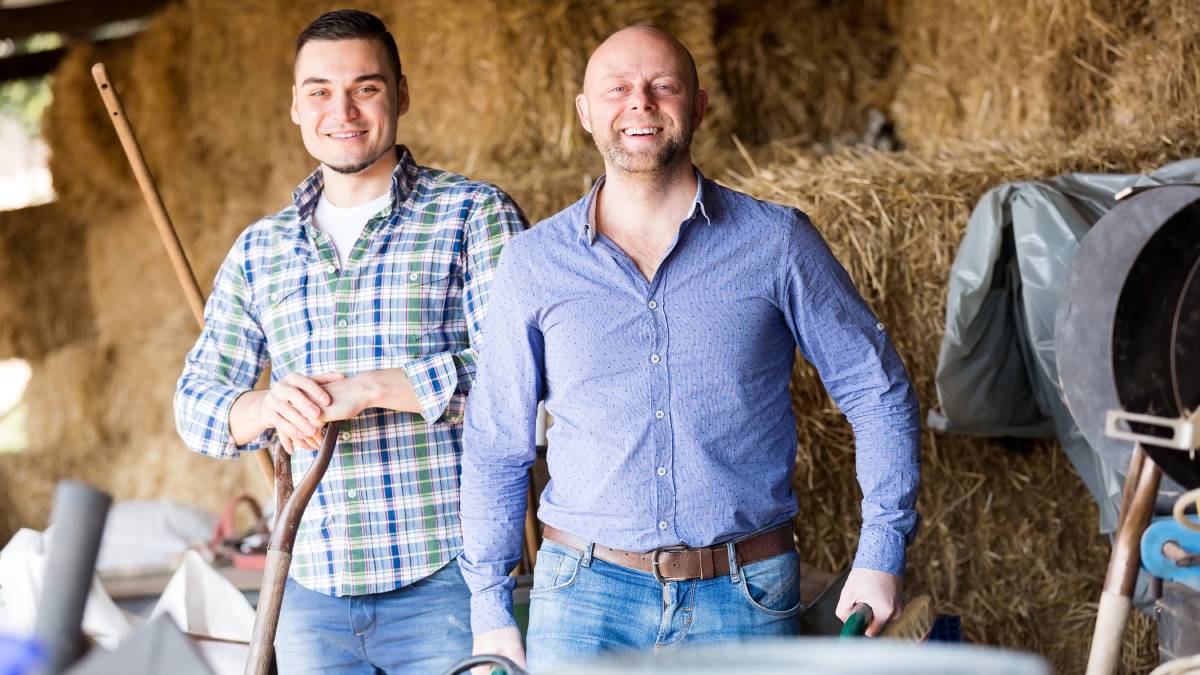 Research's fascinating trends to successful handing over of farm

THE LATEST in-depth research into succession planning shows scale alone will not allow farming families to achieve key goals of funds to retire, a viable business for the next generation and providing a share for non-farming children.

What farming families need to do is start building the business early in life, consistently perform well, have a plan and keep open and honest communication between all family members.

These are the findings from work by agricultural consultant and director of Meridian Agriculture in Victoria Mike Stephens, who has more than 40 years under his belt advising producers on succession planning.

Mr Stephens has just completed a PhD on the subject. His thesis is about family farms in Australia used for growing crops, running beef cattle and sheep or operating with a mix of these activities.

"These farms are classified as broadacre farms and the majority are family owned, yet few retain ownership of a farm business for several generations," he said.

Achievement of the three main aims was not an option for most farm businesses because they lacked scale, according to the study.

The majority of farm businesses simply make insufficient profit, too irregularly, to have a long-term future, it found.

But while scale is important, it was no guarantee of success, Mr Stephens said.

Thirty of the 116 businesses Mr Stephens studied for the work continued beyond the third generation.

"Farm families cannot achieve the three main aims of succession unless the business generates economic returns and annual cash flows and builds wealth at a level and consistency above the average for the district and the industry," Mr Stephens said.

"Farm businesses must farm well, over a long time."

Observations from Meridian Agriculture indicates there are often severe negative consequences of inaction, or inappropriate action.

Inaction can end up with siblings feuding over the farm, usually after the death of the parents.

If one of the children wants to take over the farm they will potentially fight tooth and nail to take control. At worst, the process is taken out of the hands of the family and the courts make a decision about the future of the farm.

In some cases the farm is sold to pay the court costs of the family feud.

In most cases the emotional costs and damage to family relationships are significant.

But there are also other costs, the experience of Meridian's consultants shows.

They include a reduction of the productive capacity of the farm, parents working on the farm long past retirement age, siblings being 'welded together' in an uncomfortable partnership and the next generation farmer working for sub-industry rates only to have the farm sold by the parents.

Inappropriate action might be when a member of the senior generation contacts the family lawyer or accountant and together, but without reference to all family members, they develop a plan, and say it's all fixed, Mr Stephens explained.

A plan is put in place that unfairly favours one, or more, family members above others.

Building the business to enable succession is a long-term project, according to Meridian.

"If you have not started succession planning, start now," Mr Stephens said.

"If you have started, but the plan is stalled, re-start now.

"If you are satisfied that the plan is under control, road test it by asking what happens if one of the parents dies unexpectedly, one dies and the other re-marries, there is divorce and re-partnering in any generation, the successor has a change of mind and decides to pursue a different career or one of the children dies unexpectedly."