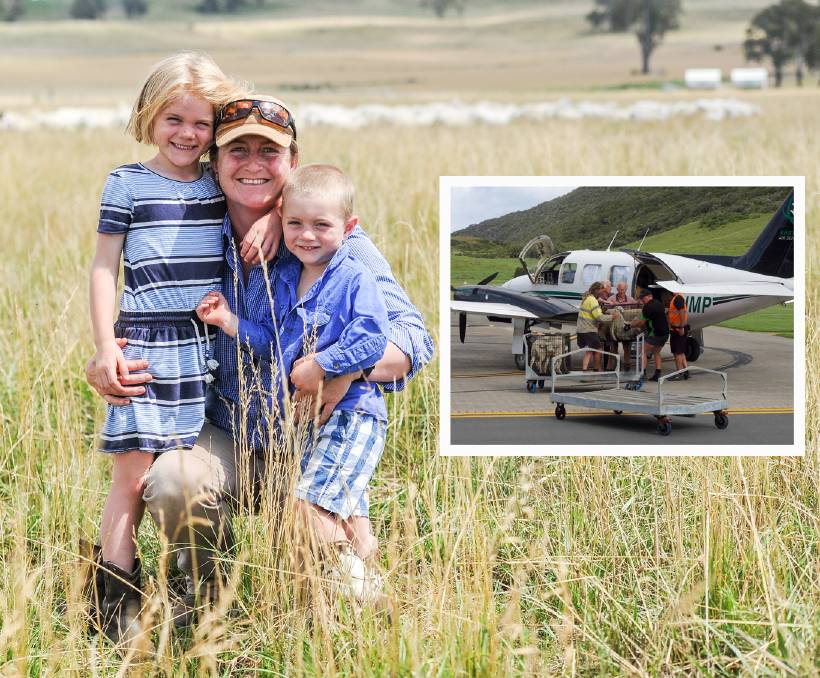 If you thought Santa Claus had some precious cargo to deliver this Christmas, spare a thought for this pilot from Eastern Air Services at Port Macquarie.

After a 50-year hiatus sheep have returned to Lord Howe Island following a mammoth journey all the way from Guyra. 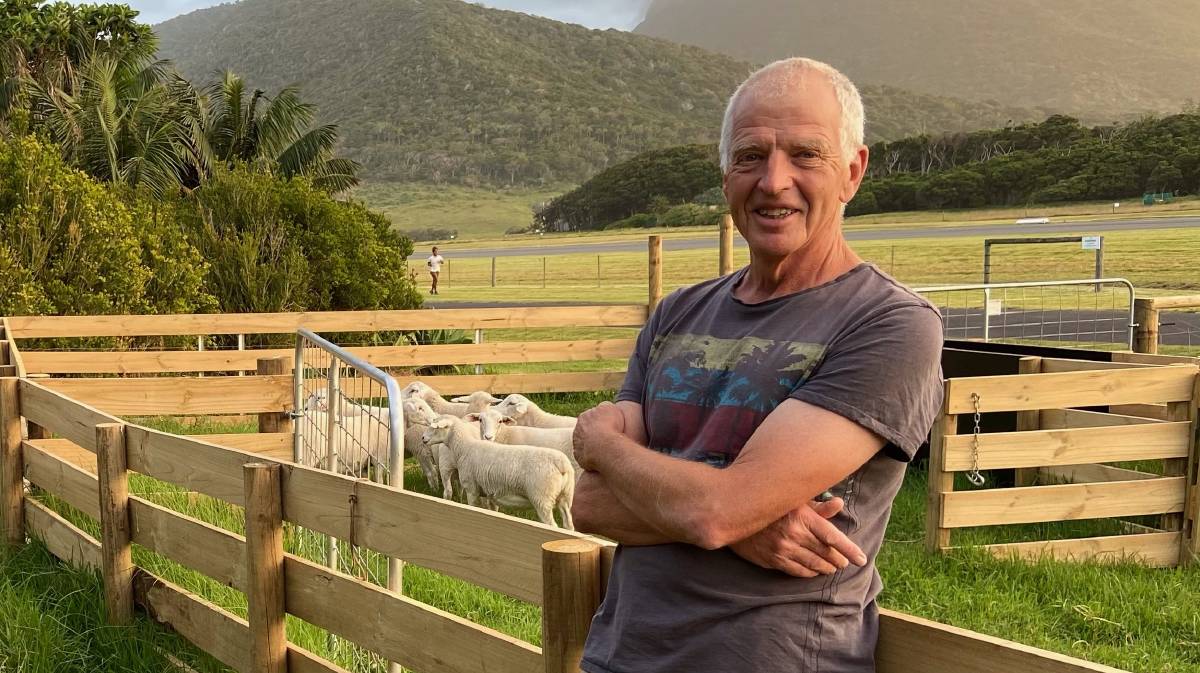 When ship-wrecked kiwi farmer Dave Blackley struck a bond with local Peter Van Gelderen some months ago the pair decided it was time to bring livestock back to the island that is home to around 350 people. They put a call out to Elders Guyra branch manager Mark Atkin to source some young ewes for their establishing flock.

He was able to find 21 Aussie White cross Wiltipoll lambs from Rodney Neill and Jane Mactier of Tenterden Station, west of Guyra, and transported them to Port Macquarie before they boarded a two-hour chartered flight to the much milder climate.

"We all want it to be a success," Dr Mactier said.

"I'd hate to be on an island where you have to buy meat in on a plane. There is something about provenance and having bred your own that's exciting."

It was the first time Mr Atkin had made a delivery quite like this, with three sheep placed into seven custom-made crates. 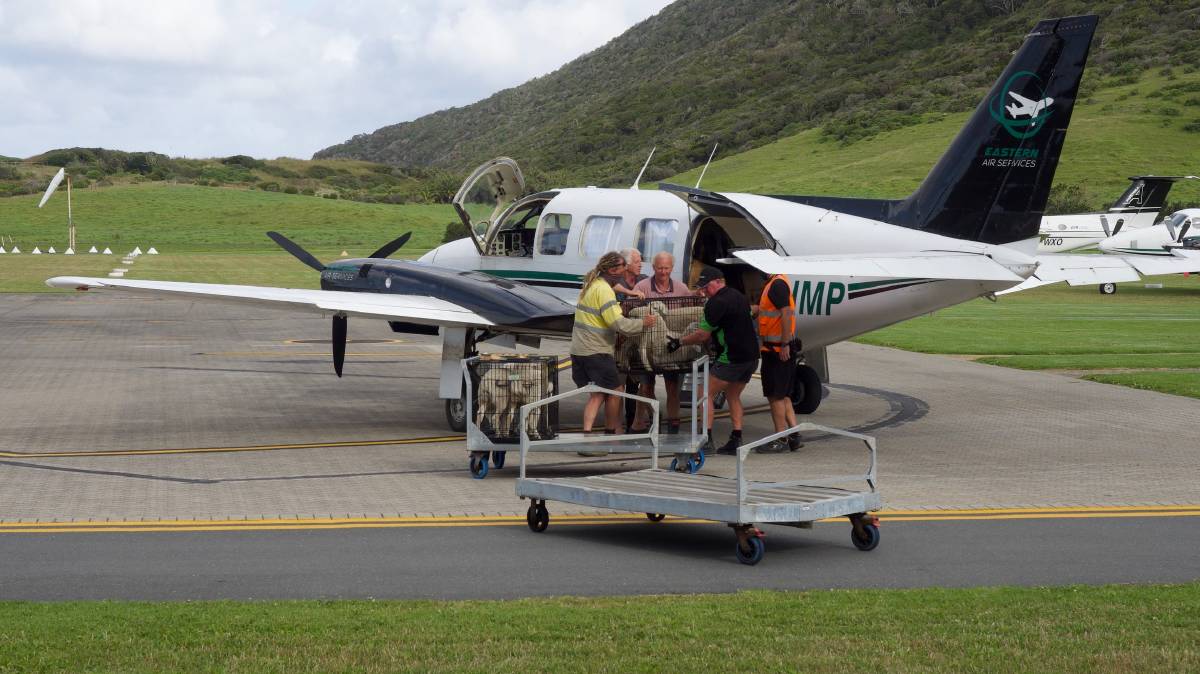 The sheep being unloaded from their flight. Photo: Supplied

"We stopped at Urunga and washed them down," he said. "Everyone was wondering what we were doing washing them down at the boat ramp."

It's just the start of the island's sheep enterprise with Mr Van Gelderen suggesting they would buy another 20 ewes from Guyra in the new year along with a ram and begin breeding to reestablish agriculture on the island.

"We will look at increasing the numbers for pasture control and eventually meat production," he said.

"There has been cattle here for a long time and then there were restrictions put on processing and selling the meat locally, but someone just recently established a licensed abattoir, only a small setup, so the interest is there in just being self-sustainable with meat again.

"There is a big solar panel area being established here at the moment too that is probably two hectares and sheep are going to be needed to keep the grass down." 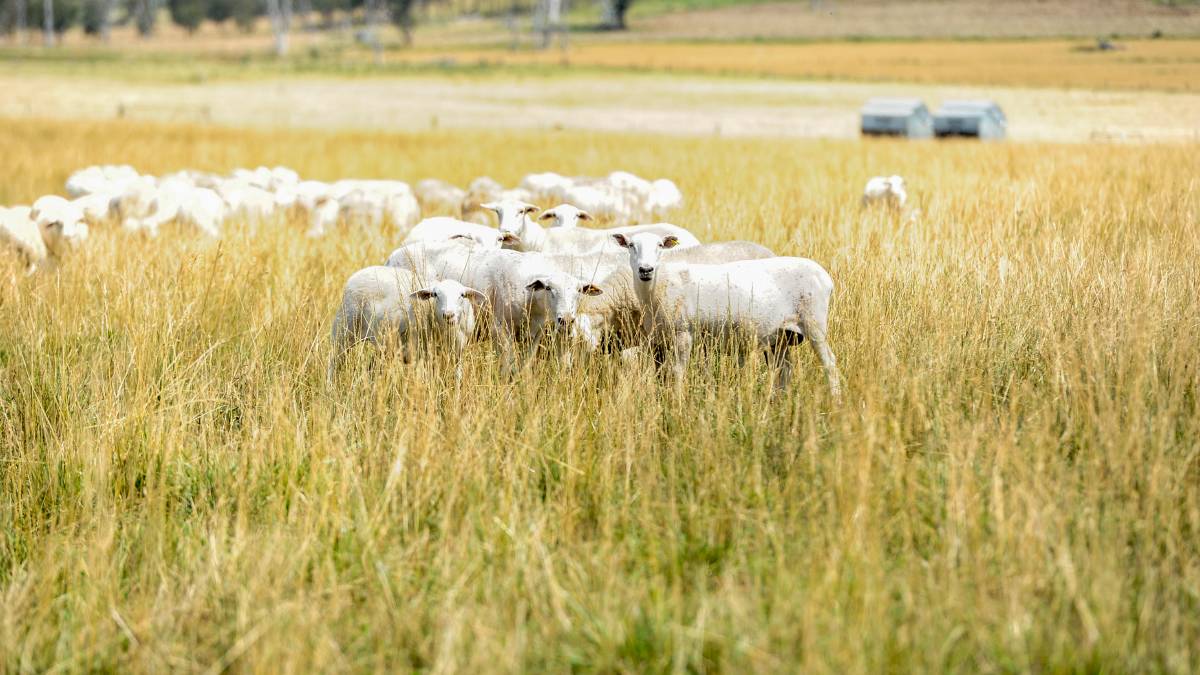 Mr Van Gelderen had applied to bring sheep to the island three years ago but it was declined due to a large rodent eradication program that intended to broadcast aerial bait across uninhabited areas.

It meant many stock were killed. While Mr Blackley has since returned home after being stuck on the island since February when his motorboat broke down, he plans to come back regularly throughout the year. They thanked everyone involved.

"It was certainly a first for the freight plane," Mr Van Gelderen said.