Argentina has surprised the grain trade by suspending export corn sales until the end of February. 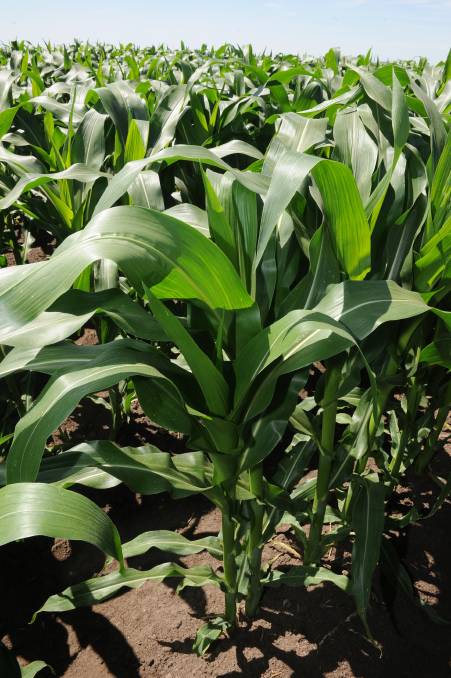 Argentina has taken many in the grain trade by surprise by suspending export corn sales until the end of February to safeguard its domestic food supplies and quell inflationary pressures.

The crippling strike by Argentina's port-side oilseed workers was finally resolved midway through last week, allowing production at the country's soybean crush facilities to return to normal and a resumption of port loading operations along the Parana River.

The soybean crush facilities in Argentina's main grains hub of Rosario lay idol for 20 days and exports were paralysed after the unions representing oilseed workers and grain inspectors called a strike on December 9.

They were demanding better wages to compensate their members for the country's high inflation rate, particularly for those who continued to work through the height of the coronavirus pandemic.

The new agreement includes a 25 per cent increase in salaries - to be delivered in two tranches from January to August - with increases for the balance of the year to be determined by the inflation rate.

The Argentine government was desperate for a deal that would revive agricultural exports and stimulate much-needed foreign exchange inflows.

Argentina is the world's biggest exporter of soybean meal, and the Parana River export facilities in the Rosario region ship about 80 per cent of the country's agricultural exports each year.

The strike halted the loading of export vessels, with more than 170 sitting at anchor when the union members returned to work last Wednesday.

That backlog will take weeks to clear, as port stocks will have to be replenished before loading can recommence.

However, members of Urgara - the union representing the country's grain inspectors - continue to strike after failing to reach agreement on a wage deal with the Chamber of Private and Commercial Ports (CPPC).

The union wants salary increases and an extraordinary bonus for its members, who worked during the COVID-19 crisis.

The companies that are members of the CPPC are the same international agricultural export companies that settled with the oilseed workers' unions last week.

Urgara's strike has the biggest impact on Argentina's southern, open sea ports of Baha Blanca and Necochea - as the processing and export companies operating in the Rosario region tend to avoid hiring workers affiliated with the militant union.

Meanwhile, as the oilseed workers returned to the job last Wednesday, the country's agriculture ministry blindsided global grain markets by announcing a suspension to export corn sales until the end of February in an effort to safeguard domestic food supplies and quell inflationary pressures.

According to a government statement "this decision is based on the need to ensure the supply of grain for the sectors that use it as a raw material for the production of animal protein, such as pork, chicken, eggs, milk and cattle - where corn represents a significant component of production costs."

Argentina is the world's third biggest exporter of corn and, up to the end of last month, 34.23 million tonnes of corn from the 2019-20 season had been authorised for export - out of an exportable surplus of 38.5 million tonnes.

The government said the measure was implemented to ensure that the remaining 4.27 million tonnes was available for the domestic market during the summer months, especially since winter crop production was affected by the drought.

This is quite a drastic step for a government that is desperate for foreign currency, and the move is at odds with both corn industry and grower associations.

They too were stunned by the action, as they were not consulted and do not believe the corn supply situation warrants such drastic government intervention at the moment.

To add insult to injury, the La Nina weather pattern continues to dominate Argentina's climate - with moisture deficits across the row cropping regions growing by the day.

Light showers are forecast across the western and southern fringes of the summer cropping belt during the next week.

But the 11-15 day and 16-30 day outlooks both favour below-average rains and average to above-average temperatures.

Even more alarming was the early planted corn crop rating of just 17 per cent good-to-excellent, against 35 per cent a year ago.

The bottom line here is the moisture stress area is expanding rapidly and already covers about half of Argentina's soybean and corn crops.

This is likely to grow, given the drier than average forecast for the balance of January.

The dryness and heat have limited new crop corn seeding progress to just 75 per cent of the intended area. And if the weather in Argentina refuses to cooperate, the world has itself a growing row crop supply dilemma.

Multinational grain exporters are already worried that Argentina's Peronist government could extend its old crop export sales ban to new crop corn and soybean products should the current drought worsen or spread in the next two months.

Grain markets farewelled 2020 with fireworks across the board.

Soybeans closed above US$13 per bushel for the first time since 2014, corn posted its longest-ever rally and wheat climbed to a six-year high.

The strikes in Argentina have certainly influenced bean values over the past couple of weeks.

But it is the prospect of strong demand in 2021, particularly from China, that has been the focus.

There is zero room for weather issues in any of the major producers, so the prospect of lower production out of Argentina due to the ongoing drought and less than ideal finishing weather in Brazil has global consumers concerned.

The corn market has all it could hope for at the moment - strong demand, weather-hit supply and political intervention.

The rally last week, albeit on thin trade, pushed corn values to a six-year high after the Argentine government suspended export licences.

Add the realisation that China may have reached a level of corn demand where it is no longer self-sufficient, and the global balance sheet gets tighter by the day.

While the planting of US summer crops is still months away, the race for acres is heating-up.

A tightening global soybean balance sheet and the lowest US ending stocks in seven years is telling growers to plant more beans.

But the prospect of growing import demand from China and production issues in Latin America creates a compelling argument to increase corn plantings.

No doubt soybeans will stand tall if corn wants to buy acres at its expense.