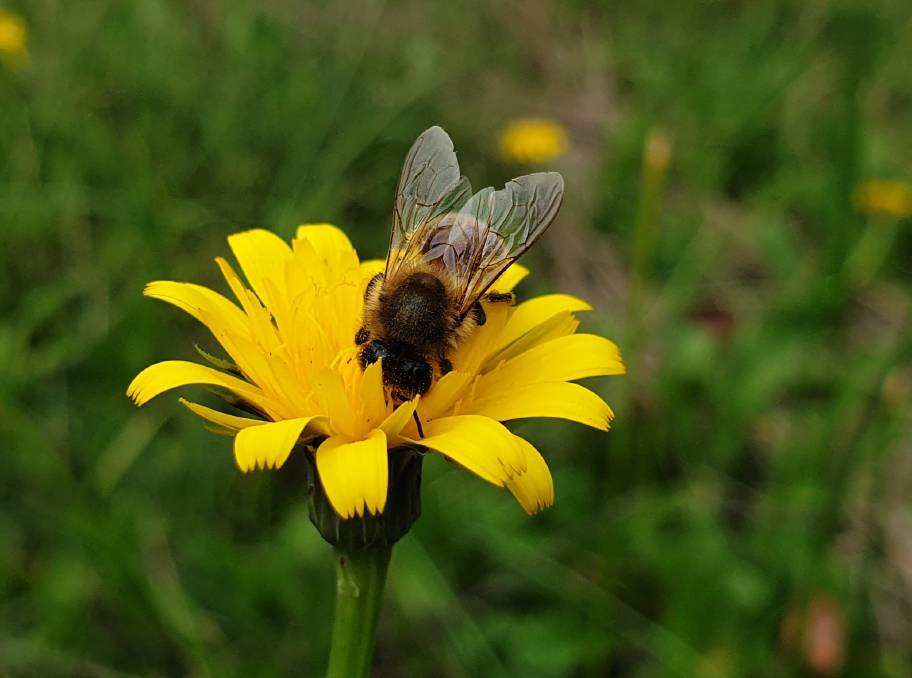 Science is better understanding the impact of farm chemicals on bee populations.

Communication is seen as the best method to combat the risk of farm insecticides to bees.

Beekeepers say they are able to overcome most challenges with the use of farm chemicals through communication.

"We need the farmers as much as they might need us," Trevor Weatherhead, the chair of the Australian Honey Bee Industry Council, said.

Growing global concerns over the popular use of insecticides from the neonicotinoid class was raised again in Australia this week.

Even at low doses, an insecticide banned in the European Union kills insect brain cells and could contribute to bee population decline.

University of Melbourne research published last year also found exposure at low levels can cause oxidative stress in the insects' brain resulting in reduced energy levels, the death of brain cells, blindness and impacts on metabolism in insects.

"We were able to attribute this oxidative stress to the binding of imidacloprid to receptors in the brain," said Philip Batterham, an emeritus professor at the University of Melbourne.

For bees, this could explain why their guidance system is thrown off course by imidacloprid which could cause a decrease in reproductive capacity.

The Australian Pesticides and Veterinary Medicines Authority said it was "aware of concerns" that insecticides, especially those of the neonicotinoid class, may be contributing to a decline in honey bee populations in Europe and the United States.

The authority says there is a "lack of consensus" in the scientific literature on the causes of regional declines in honey bee populations overseas.

Imidacloprid is a systemic insecticide widely used to control pests in some broadacre crops, gardens and turf. It is also for the treatment of fleas in pets

More reading: Sales of pesticides being phased out.

Imidacloprid, has been banned from agricultural use by the European Union because of concerns about impacts on honeybees, but remains one of the top selling insecticides in the world. Attacking the central nervous systems of the insects, it increases the transmission of stimuli in the insect nervous system, activating receptors resulting in the insect's paralysis and eventual death.

The researchers arrived at the findings by studying the effects of Imidacloprid in vinegar fly larvae. In the field, the insecticide is generally used at concentrations of up to 2800 parts per million (ppm). In the lab, researchers tested lower doses, identifying that the very small dose 2.5 ppm was enough to reduce the movement of fly larvae by 50 per cent after just two hours of exposure.

"That's an indication of the impact of the insecticide on the function of the brain," said Dr Felipe Martelli, whose PhD work conducted at the University of Melbourne and the Baylor College of Medicine in the laboratory of Professor Hugo Bellen led to the latest research paper.

"From there, the accumulation of massive amounts of reactive oxygen species (ROS) or free radicals inside the brain triggers a cascade of damaging events that spread to many other tissues."

Researchers also tested the insecticide on adult flies, finding that flies exposed to very low doses (four ppm) over 25 days became blind and developed movement problems that affected their ability to climb, symptomatic of neurodegeneration in other parts of the brain.

"Although many studies have shown that low doses of insecticides can affect insect behaviour, they have not uncovered how insecticides trigger changes at the cellular and molecular levels," Dr Martelli, now a research fellow in the School of Biological Sciences at Monash University, said.

"We have learned to negotiate with the farmers and they less us know when they are going to spray so we can move hives," he said.

"We know farmers have to use insecticides, it is a part of farming, just like pollination.

"Canola can ben a problem if seed has been treated but like I said it is all a matter of communication which has been pretty good over a long time."