The regional property boom has seen grazing land under development for housing blocks west of Melbourne.

A COVID-19 induced boom in regional property prices shows no signs of slowing.

The boom in regional property prices shows no signs of slowing.

A check with agents right across Australia shows the only barrier in the rush from the city to the country is a lack of places to sell.

Top of their wishlist is rural lifestyle properties, from two to four hectares, they simple can't get enough of them.

And they also all agree the unexpected cause for the welcome spike in demand is COVID-19.

Century 21 agency owner at the Yorke Peninsula, a few hours from Adelaide, Greg Smith, called it a perfect storm.

"The country is seen as a safe haven from coronavirus, that is driving everything," Mr Smith said.

He said housing affordability, low interest rates, government incentives and people's liking for working from home were the contributing factors.

"When they call often their first question is what the phone coverage is like, does it have the NBN, not what the house is like," one agent said.

"They want to keep working from home but somewhere safe for their families."

The increase in property values across regional areas was more than three times the growth rate in capital cities, Eliza Owen, head of Australian Research at CoreLogic Australia, said.

Even with the flat sales figures from the first part of the year, regional property prices finished up seven per cent against two per cent in the cities, she said.

Ms Owen said the flight from coronavirus was driving the trend and the March migration figures from the Australian Bureau of Statistics, showing the shift from the city to country, may be startling.

"There is no escaping the data that regional prices are rising with surprising speed," she said.

Robyn Duncombe, owner of Duncombe and Co. in Crookwell NSW, sandwiched between Sydney and Canberra, said her sales were up at least 10 per cent, year on year.

"Small properties are the hot ticket, the five to 10 acre blocks, they are really difficult to find now," Ms Duncombe said.

SA's Yorke Peninsula real estate agent Greg Smith said this old farmhouse, about two hours from Adelaide at Arthurton and detached on its own three hectares from the original farm was the type of property in hot demand by city buyers. The asking price is $490,000 to $539,000.

"We in the country are seen as less risk from COVID-19 no doubt, people are looking to their future."

Beaudesert Properties' owner Maree Richardson is also inundated with requests in her selling patch, about an hour south of Brisbane in Queensland.

"We've had a weird mix, yes people from Brisbane but also people from Victoria and NSW driven out by COVID," Ms Richardson said.

Retirees and city residents looking to covert holiday homes into work from home escapes are driving a buoyant market in south-western Western Australia.

L.J. Hooker branch manager at Collie, about three hours to the south of Perth, Mitch Davidson, said it was the 5 to 10 hectare property in biggest demand.

He said many local people were also looking to upsize, knowing there was a market for their old properties.

"Those stale properties we've had on the books for two or three years are now under offer, it's been a quick turnaround," Mr Davidson said.

"I think people are sick of being stuck at home, or fear a future where they might be," he said.

Mr Smith from SA's Yorke Peninsula said some people were buying to "have somewhere to escape to if something happens".

"It is great for the smaller towns, there is more of a buzz, more new people are about," he said.

Mr Smith also suggested people who had money saved for overseas travel were choosing to invest in property as well.

"They have money to spend and at the moment they are spending it on property."

In Victoria, Rayner First National Real Estate branch manager at Ballan, a bit over an hour west of Melbourne, Mark Dudley, said sales were "plodding along okay" until the boom late in the year. 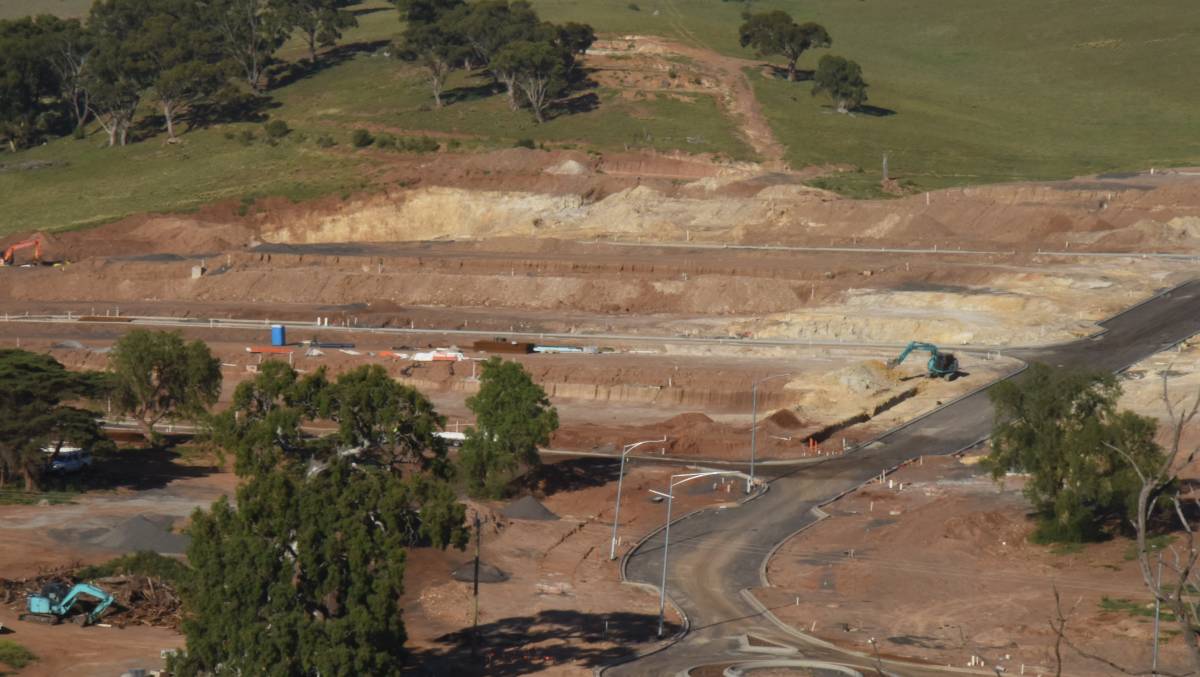 City people have quickly changed their minds about the benefits of living in the country, according to one real estate agent.

"If you had've asked them (buyers) 12 months ago if they would move to the country they would have instantly said no, now it is the reverse," Mr Dudley said.

"Anything quirky and different seems to attract attention.

"In these smaller rural towns we don't have streets and streets of the same product," he said.

Mr Dudley said while prices were relatively stable it would be a different story soon.

"There is going to be a shortage of those bigger lifestyle blocks, people from the city seem to want.

"These are boom days but it is an interesting journey that's not over yet."