A decline in New Zealand lamb exports could provide an opportunity for Australian lamb to achieve greater penetration across key markets.

"There's no certainty & we need to look at what types of markets will give us the best opportunity."

In October, Beef & Lamb NZ published its new season outlook, providing context and insights on the performance of the NZ red meat industry.

It highlighted an opportunity for Australian lamb to achieve greater penetration across key markets, with exports forecast to grow 14pc on 2020 to reach 307,000t swt - as noted in Meat & Livestock Australia's recent sheep projections update. 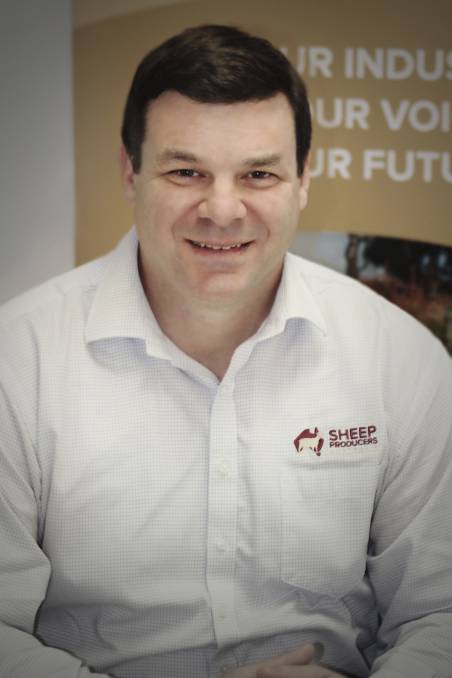 Sheep Producers Australia chief executive officer Stephen Crisp said the way to ensure continued profitability in the sheep industry during a time of global uncertainty was to "focus on what value we can extract" from each of our 90 markets around the world.

Sheep Producers Australia chief executive officer Stephen Crisp said while there may be an opportunity for exporters, Australia should be focusing on the whole market and ensuring the "best opportunity for cuts" at a time when there was uncertainty in the service industry due to COVID-19.

"The longer this goes on the longer the service industry, particularly in the United States, will be closed down," Mr Crisp said.

"There's no certainty and we need to look at what types of markets will give us the best opportunity.

"It's the same for the beef industry."

From January-to-September 2020, NZ lamb exports were up 1pc on 2019 despite the global demand challenges associated with COVID-19, with a rise in retail sales of lamb offsetting some of the decline in foodservice demand.

In 2020, NZ lamb exports increased to the United Kingdom, Germany, Jordan and Saudi Arabia, as demand from China has been soft compared to other proteins and cooled further in the second half of the year.

COVID-19 and widespread drought were quoted as key challenges throughout the year for NZ, with the decline in foodservice demand a significant dampener on the value of high-end exports, particularly lamb.

As is the case with Australia, NZ beef leverages strong quality and safety credentials to promote its product around the world and has effectively managed many of the challenges associated with COVID-19.

While NZ was confronted by dry conditions through much of 2020, cattle numbers remained consistent and beef production was forecast to remain steady for 2021.

As with most of China's key suppliers, NZ red meat exports to China boomed in 2019 in response to the African Swine Fever (ASF) outbreak.

However, in 2020 NZ beef exports to China were back 26pc, largely a result of increasing competition from South America.

Beef & Lamb NZ said that Chinese beef consumption was expected to continue growing this year, as the shortage of pork across the country had improved the perceived price point of beef, encouraging a shift in consumption habits.

Beef has integrated into Chinese retail channels relatively well, which should support long-term beef consumption beyond the recovery of domestic pork supply.

In response to the decline in demand from China, NZ has managed to pivot and diversify its beef exports to other key markets.

Year-to-October export volumes were up on 2019 to several destinations: 30pc to the United States, 25pc to Japan, 17pc to Taiwan and 71pc to Canada.

In the latest Beef & Lamb NZ outlook, beef exports for the 2020-21 season (November through October) were forecast to remain level with the previous season at 453,000t swt.

However, export revenue was forecast to decline 9pc, largely due to global market uncertainty and COVID-19 disruptions to foodservice, combined with weakened consumer spending.

Mr Crisp said COVID-19 had had a "massive effect" on exporters but lamb marking rates were up in Australia, although patchy in some parts, which has "put us in a much better position".

"We have an expensive product," he said.

"New Zealand's lambing rate decline is not our biggest factor but it is good for local producers.

"We shouldn't rely on how NZ tracks.

"Our markets are there - we trade into 90 countries around the world.

"We need to focus on what value we can extract from each market.

"There's no need to find new markets, it's more a point of making use of what we have got."

Mr Crisp said with new free trade agreements in the works with the United Kingdom and the European Union, Australian exporters would have increased options.

He said it was important for commercial operators to provide correct feedback to MLA so that it could focus its marketing strategies where they would most benefit producers.