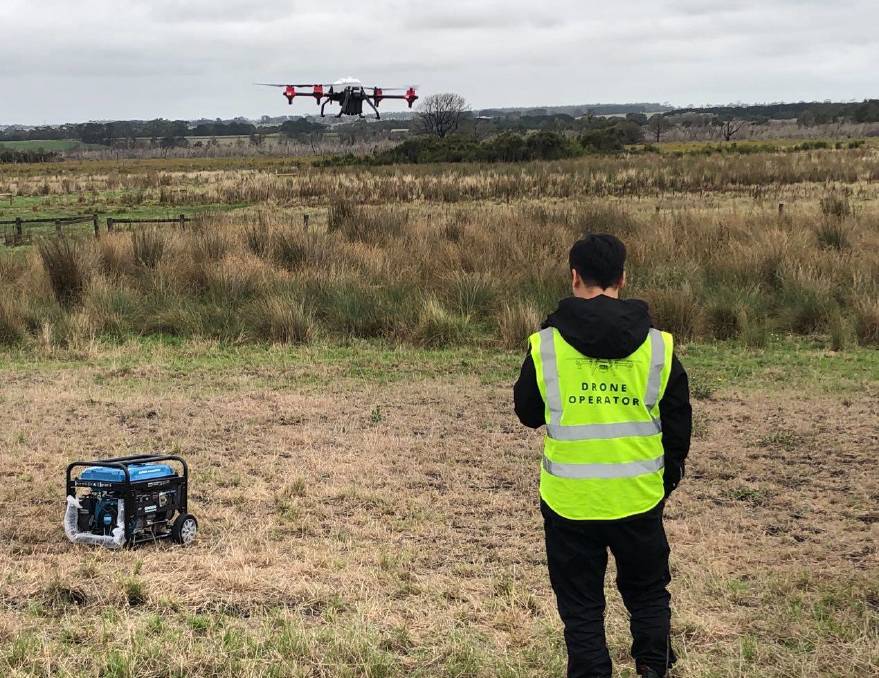 Operators believe farmers will see drones as an important tool on their properties. Pictures: Airpac Solution.

Drone operators are lining up for licences to get to work across the country.

Drone pilots are lining up for licences to spray crops across the country.

For a while a novelty on farms due to the limited capacity of their aircraft, spraying and even seeding from the air is becoming increasingly popular.

Today's drones have a capacity to spray about 15 litres or about the same in kilogram weight for fertiliser or seeds.

But drones are already operational in other countries with a 40 litre capacity and new monster drones are in the works.

Mr Yu, of Melbourne, is just one of those who have applied for their Victorian licence now the government there has this week released applications for pilots.

He said Victoria was one of the last states to release its guidelines.

"The last 18 months have seen a big change, not just from governments, but from people who can see how useful drones can be."

Mr Yu said normal spray drift, even from a helicopter, can be 500 metres, a drone can limit that risk to two metres.

Drones are hardly cost effective for broadacre use, yet, but with smaller horticulture crops and orchards, weed control like blackberries in gullies, grass in plantations - they are increasingly popular.

"Drones are an important and innovative tool in the battle against pests and weeds," an Agriculture Victoria spokeswoman said.

"The recent change to expand licensing for remotely piloted aircraft will have flow on benefits to our agriculture, environment and economy," she said.

"Increasing access for aerial spraying will make it easier for land managers to treat terrain previously difficult to reach, and will improve cost efficiency and productivity for pest management." 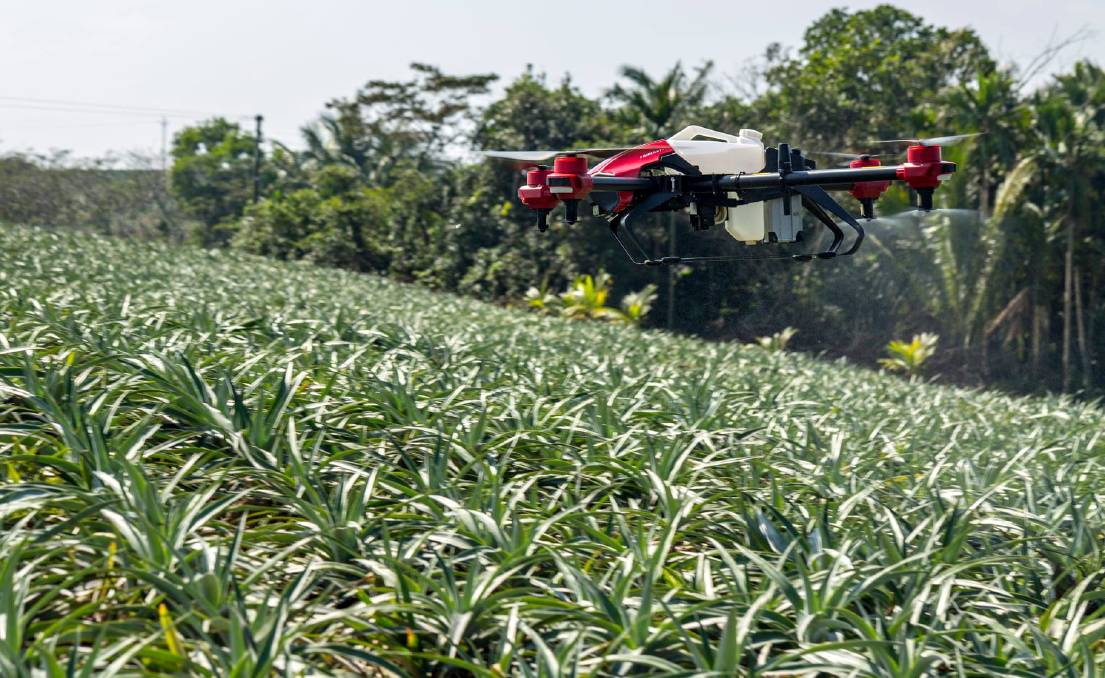 Drone operators claim they can spray three hectares an hour.

In Victoria, just one type of drone was previously licensed for aerial spraying in Victoria.

Rapid advancement of drone technology has made various other makes and models available for aerial spraying.

Pilots can apply for a licence to conduct aerial spraying from any drone which weighs up to 150kg provided they are also appropriately authorised by the Civil Aviation Safety Authority.

Applicants must have completed training in the use of agricultural chemicals.

The legislation governing the use of agricultural chemicals in Victoria applies to RPA users in the same way as it applies to any other aerial spraying contractors.

There are extra licence conditions for aerial spraying from a drone to ensure safety.

Drones can apply liquid or granular formulations of pesticides.

The government spokeswoman said four businesses and their pilots have already applied for the new licences and more applications are expected this year.

Sponsored by
The head of the national offensive against the spread of the world's worst fruit pest, Queensland fruit fly, has admitted it may not be possible to save all areas.
Test
What's been happening and what are some of the movers and shakers in agribusiness talking about? Here's a quick snapshot.
Test
'It can be tough, but if you get through the tough times it's pretty rewarding'
Test
Billboards have been unveiled as the latest promotion gimmick as part of this year's Australian Lamb campaign.
Test
Closures, operating reductions . . . how much pain is to come?
Test
Former MLA boss moves into sustainability, data role
Test
Victoria and Tasmania reach agreement for seasonal workers and return Australians
Test
Farmers need to register their drones by next Thursday (January 28).
Test