A MOBILE application and an offline function for electronic National Vendor Declarations is in the pipeline as one of the key tools for ensuring traceability and food safety in Australia's red meat supply chain is fine-tuned.

An updated version of NVDs, the legal declaration to buyers of livestock that the right practices have been used, came into play from the start of this month and has caused some angst among producers.

Connectivity issues, a six-week wait for the new books for those not filling in NVDs electronically and the need to print three versions seem to be the major headaches.

But the administrator of NVDs, the Integrity Systems Company, says significant user research to develop complete offline capability is almost complete and a range of solutions, including apps, Bluetooth transfer and SMS and email notifications, is under investigation.

The new version of NVDs for all species, known as 0720, was released mid last-year but from the start of 2021, it is the only version accepted.

The changes, made in response to recommendations from a SafeMeat review, include removal of the agent's declaration which was rarely used, adding a destination property identification code and, for sheep, a section on how many electronic devices are in the consignment.

There is strong encouragement to move as many producers as possible to electronic NVDs but many say that ignores the internet service issues that exist in the bush.

To smooth the shift to the new version, 0702 books are being provided free up until mid 2021, however, many producers have waited more than six weeks for theirs to arrive. That has forced them to either change marketing plans at the last minute, find a way to do it electronically or simply not comply.

Using the old NVD version is a breach of the Livestock Production Assurance rules and multiple breaches can eventually mean suspension from the program. Typically, that would mean stock are rejected by buyers and processors.

ISC reports order volumes for books are currently seven times higher than the monthly average and both Christmas and COVID-related postage delays have affected deliveries.

ISC chief executive officer Jane Weatherley said an extensive communications campaign was carried out to ensure producers were aware of the important change and could act in a timely manner to be ready on January 1.

Many in the supply chain had already taken up the digital option, with over 18,000 eNVDs generated in December, she said.

Electronic NVDs have been available since mid 2017.

Three separate print-outs flapping about was pretty ineffective on a farm and cumbersome paperwork seemed backward for this day and age, he said.

Ms Weatherley said going paperless was an ongoing journey and ISC was taking careful steps to introduce changes while working towards a seamless system.

As more supply chain members move to eNVDs, the need for print-outs will be less and less.

"It's really very straightforward from there - once you're up and running it's a three-minute process," he said.

"I've been using the electronic version for years and never had an issue."

Mr Goode said the bigger picture producers should keep in mind was how essential integrity and traceability was to Australia's beef industry, and the role NVDs play in that.

"We are food producers and we supply the export market. Integrity of our product is paramount," he said.

"If there is a disease outbreak, NVDs will be essential - firstly to trace cattle but also to reassure our customers we are providing a product that is guaranteed safe and high quality."

MANY producers say a mobile app for eNVDS, developed with producer levy funds and therefore offered free, is long overdue.

WA's Brad Mclean said there were too many opportunities for hiccups in a system requiring three printed versions of the NVD.

"The other point is that updates or changes can be made at any point and it won't affect us - it will all just happen automatically," Mr Mclean said.

A number of producers who have access to eNVD via third party software, including apps, say it's well worth the fee.

Melbourne-based technology company AXIchain last year launched an app for completing NVDs which integrates all along the supply chain and is compatible with the new 0720 version. 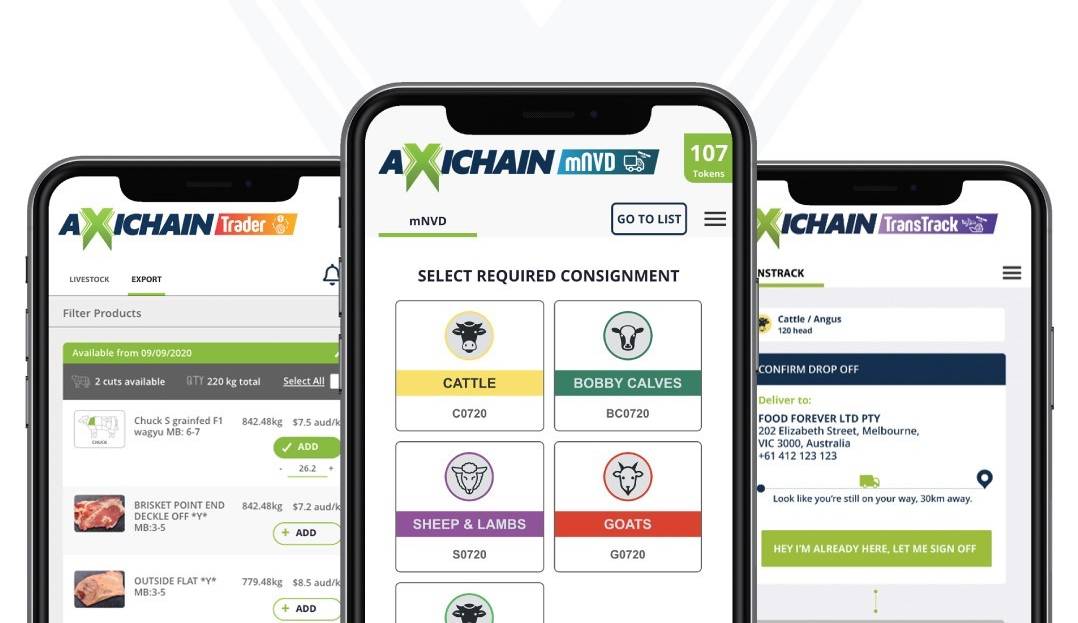 It is available on Apple, Android and on the web browser, and can be used both online and offline, is suitable for all species and also has a function for booking and tracking transporters.

While it negates the need to print three versions - everything stays completely online - there is the option to print the consignment should one member of the supply chain not operate online, the company's principal relationship manager David Picker said.

"It was built with farmers in mind and is very easy to use, and it comes with a 24/7 support service," he said.

Accredited producers can access eNVDs at any time via their LPA account at lpa.nlis.com.auor with assistance from the ISC Helpdesk on 1800 863 111. More information is available at www.integritysystems.com.au/envd-help.

ISC is constantly reviewing and upgrading features of the eNVD to make it even more user friendly. Users can provide suggestions and feedback within the eNVD platform or by emailing envd@integritysystems.com.au.