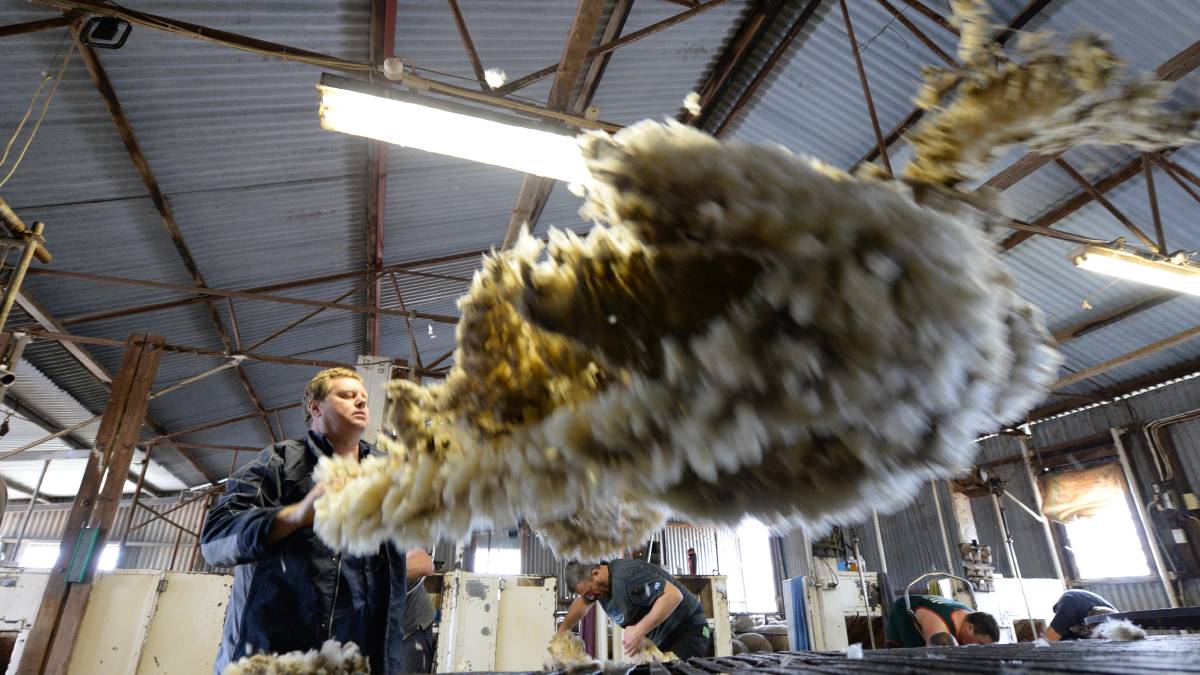 Wool market offers big numbers at opening sale for 2021 and buyers responded for a positive result.

The Australian wool market opened up its 2021 campaign better than anticipated with the AWEX Eastern Market Indicator (EMI) increasing by 15 cents to finish at 1172c per kilogram, clean.

Despite the largest national offering for 10 months with 52,940 bales offered nationally, and a much stronger Australian dollar against most other currencies, price rises were seen across most micron categories.

According to Mercado managing director Robert Hermann the positive opening provides the market with cautious optimism for next week with another big offering of just under 50,000 bales rostered.

"The positives for the week were not confined to the price increases, a lower pass-in rate and the third highest clearance of bales to the trade for the past 12-months were also signs of solid buyer demand," Mr Hermann said

"Coincidently the opening sale of 2020 saw an identical clearance while the only other selling week where more bales were cleared was in February 2020."

The finer end of the Merino section had the largest gains with 18.5-micron and finer lifting by 11 to 60c.

The benchmark 19 MPG sits 448c lower or 25pc below the January 2020 level, while the stronger Merino MPG's lag behind last year's closing level grows with 21 MPG 621c or 35pc lower.

Mr Hermann said the spread of prices with fine wool premiums growing is a direct result of the end of the east coast drought.

"The drought induced fine wool oversupply (as a percentage of the clip) is contracting, and the consequential increase in the medium wool portion of the clip is allowing the fine wool premium to build," he said.

Cardings had a strong week with Melbourne quoting up 5pc, however both Sydney and Fremantle recorded robust results, with Fremantle the star performer up 53c.

Over 24pc of the overall offering was crossbreds and this sector also received strong support, the large offering sold at very similar levels to those achieved at the previous sale.

The oddment sector was the strongest performer (in percentage terms) for the sale, the three Merino carding indicators (MC) added an average of 38c, an average increase of 4.7pc.

Next week's offering large again as accumulated wool continues to be offered.

There is currently 49,140 bales available to the trade, with all three centres in operation.