Former chairman of the Gardiner Dairy Foundation Bruce Kefford believes innovation and technology are "absolutely fundamental" to the success of the Australian dairy industry.

After five years in his role as chairman, Dr Kefford retired in October.

An experienced strategic leader with an in-depth knowledge of the dairy industry, he is passionate about the application of innovation and science to improve industry competitiveness and sustainability.

"In essence, innovation benefits the industry across the board, particularly productivity, but it also improves performance in a range of other areas, which improve its competitiveness and sustainability," he said.

Dr Kefford is recognised nationally and internationally as a thought leader in the reshaping of the national primary industries innovation system.

He believes is it vitally important for dairy farmers to embrace new innovations and technology on-farm, which is something Dr Kefford says is possible due to the collaboration between the Gardiner Dairy Foundation, Dairy Australia and state governments (particularly in Victoria) to create truly world class research and development capabilities

"That investment places us at the forefront of a lot of science that matters to dairy farmers," he said.

"It is a constant task for farmers to keep up-to-date with the latest technology and adapt it to their situation."

Dr Kefford said the gains being delivered from animal and plant science and research projects such as from DairyBio, DairyFeedbase and DataGene have been modelled to show a very large improvement in the return per hectare on a dairy farm.

"A lot of the animal work is already in the marketplace, while the plant work is making its way to the market over the next few years," he said.

"We've got very good animal and plant science backing up dairy farmers and the improvements are absolutely incredible and will certainly help farmers in the future."

Genomic selection (GS), the technology used to breed animals and plants internationally, was invented in Victoria at AgriBio.

It is something that gives Dr Kefford a great sense of pride that such important technology can come from our local scientists.

The GS system, which accelerates the process of selecting for specific traits, is now used worldwide.

"We have new traits that are in the marketplace, such as heat tolerance and mastitis, that previously were thought to be hard to breed for," Dr Kefford said.

"The accuracy of selecting bulls and cows is far better now also.

"Genomic selection allows you to breed from younger bulls sooner and gives you a far greater rate of improvement."

The plant breeding is progressing well with trial sites with cultivars with improved yield, energy levels and pest tolerance in key fodder crops, in particular, ryegrass and these will be available on the market in the near future.

The world's first gene-edited ryegrass plants are currently in the ground at Agriculture Victoria's research farm at Hamilton.

"The largest ryegrass trial in the world is at Hamilton and it is truly remarkable," Dr Kefford said.

"What is being bred there under a range of conditions are the 50 cultivars that will be the elite parental breeding lines going forward."

Dr Kefford pointed to old but important technologies, such as block grazing, which was invented in New Zealand and is still pivotal for today's farmers.

"Farmers who use this technology grow more pasture and utilise it well and this keeps costs down and is fundamental to their profitability," he said.

"There are a wide range of technologies that have been produced by our domestic research capability and others internationally that nearly every farmer would be using on a regular basis." 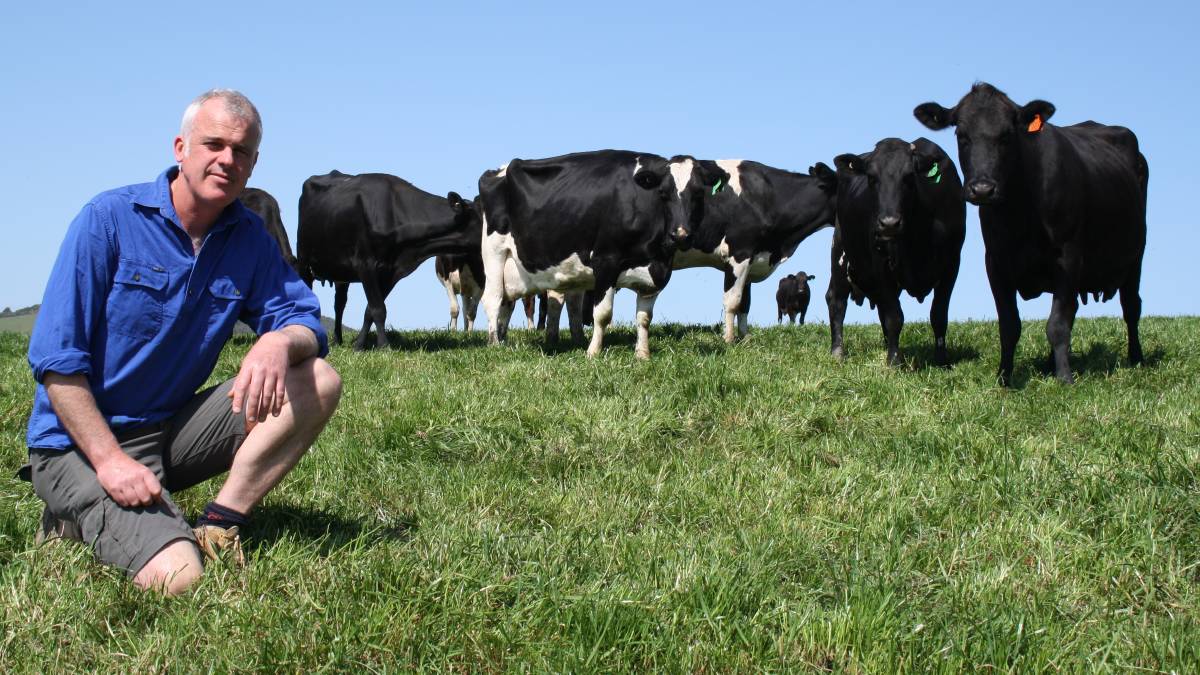 PASTURE: Retiring DA director Graeme Nicoll says there is so much innovation being done in the pasture breeding space.

He brought an extensive knowledge of dairy farming systems and technologies to the board for almost four years in his role as director.

"There is so much being done in the pasture breeding space," he said.

"The hybrid breeding program has the potential to make significant changes in the pastures we grow and drive change on-farm."

"As individual businesses, we couldn't bring together these large-scale projects, such as genomic selection of animals and hybrid breeding of pastures, so a collaborative approach with the Gardiner Dairy Foundation is just critical for our industry to carry out the research that will move our industry forward," he said.

"The RDPs in the states and dairy regions of Australia link farmers to the national organisation," he said.

"They provide a clear pathway for information both ways - from farmers to DA and from DA and research bodies back to farmers.

"It's a model, that as an industry we should be really proud of because it provides a connectivity that is pretty rare, not only in agriculture but in any industry and provides farmers with the opportunity to have input and have a say in where their industry is heading."

As Dr Kefford starts his retirement, he hopes to see a strong focus on culture so that the industry represents itself well, that new entrants are encouraged into the industry and more farmers step up and to have their say.

"Dairy is an industry that is filled with amazing people, but some of those people sit quietly when unhelpful claims are made. Both of these behaviours are equally at fault," he said.

"I regret being in the silent majority at times and I have sworn that I will never do it again.

"Dairy's reputation has been damaged too often by unhelpful claims too in places that matter.

"More helpful would be a unified and constructive narrative that picks up on the positives of the industry so the people we want to influence recognise the strengths of the industry. And there is a very good story to tell in the dairy industry.

"The industry over the long-term is a very good investment, so there's a lot of positive things to be said and I really hope we all find our voice."