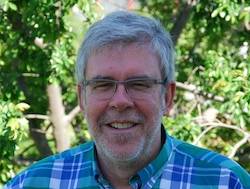 Wheat futures continue to surge, lifting sharply since last week's USDA report. By the end of Friday night's trading last week, intra-day trading had seen the market top out at 693 US cents a bushel, before closing for the week back at 675.5 USc/bu.

We were at risk of United States grain futures pulling back from the rally in early January if the USDA reports had simply confirmed what the market had been assuming about grain production estimates and stock levels.

In the end US production estimates for corn and soybeans were lower than expected, as were ending stock estimates. Although new season winter wheat acreages were above expectations, wheat stock levels were also lower. Wheat futures were dragged higher by corn and soybeans, as well as gathering some gains from their own low stock levels.

Global stocks were reduced, including the all important stock levels outside of China (effectively stocks held by major exporters). This has been coupled with stories that Russia may increase its export tax level, and extend the duration of export taxes. All of this has supported a 36.75 USc/bu rally in March wheat futures for the week, adding $A19.21 a tonne to the $A value of nearby Chicago Board of Trade wheat futures. March wheat futures ended last week at $A321.97/t. While we have seen a small upward movement in the Australian cash market, so far the gains are lagging CBOT futures significantly. While Port Adelaide and Kwinana prices are above $300 and $325/t respectively, eastern states prices continue to lag significantly.

With many growers looking for prices that were on offer in October and early November, it would seem that the trade are unwilling to show growers prices that may trigger a round of selling.

The two consistent export states are a little different, particularly WA, because the pressure on their export capacity is not as intense as it is in NSW, and there is probably less unsold grain being held in those port zones. However, even here basis levels are extremely low.

The year-on-year prices comparisons are also interesting. Futures are basically up 100 USc/bu. In $A terms that should have been a $52.55/t lift, but a surging Australian dollar has soaked up $A31.59/t of that gain.

The cash market in SA is down $51/t year on year, as prices come off a domestic market drought basis, to a much below normal export basis. NSW cash prices are down $132/t since this time last year for the same reasons, but with an even weaker export based basis compared to SA and WA.