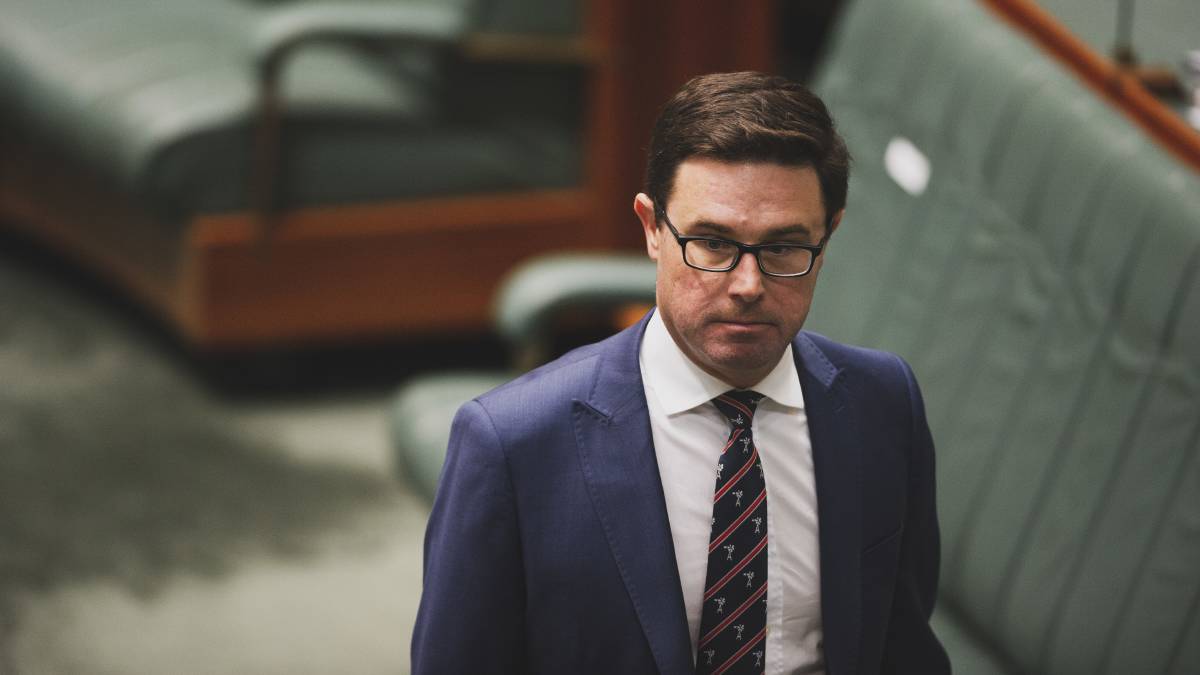 FRUSTRATION: The states and horticulture sector are urging federal Agriculture Minister David Littleproud to work with them on a solution. Photo: Dion Georgopoulos

The proposal would see agriculture workers fly into a regional hub on direct charter flights to serve their 14-day quarantine, but needs federal government support.

THERE are calls for a national facility where Pacific Island harvest workers can serve their quarantine period, to help solve the labour shortage crippling the horticulture industry.

The proposal would see agriculture workers fly into a regional hub on direct charter flights to serve their 14-day quarantine.

At the moment, it's up to each state government to organise its own quarantine arrangements, but the states and horticulture industry said the current system wasn't working, as various barriers at both a state and federal level made it difficult to bring in workers.

Of the 22,000 pre-vetted Pacific Islanders, only 2000 have been brought into Australia. The worker shortage is estimated at 26,000.

NSW Agriculture Minister Adam Marshall put forward the idea, which he said could happen quickly if the federal government got on board with the proposal.

"I am pleading with my federal counterparts - this is a national problem and we need national leadership," Mr Marshall said.

"If there was national facility, NSW would be financially willing to contribute to that, or on a pro-rata basis as per the workforce required."

Federal Agriculture Minister David Littleproud was supportive of the idea, but stopped short of committing to anything other than the status quo.

"If NSW wants to pursue a regional quarantine arrangement then I would welcome that and the Australian government is ready and willing to stamp the visas," Mr Littleproud said.

"As it stands under the current protocols agreed at National Cabinet, the states and territories have the ability to design arrangements specifically for seasonal workers that have no impact on international passenger arrival caps."

AusVeg spokesman Tyson Cattle said the horticulture industry supported anything that would progress the conversation.

"Growers are frustrated by all the finger pointing. No one wants to take ownership of this issue.

We just need a quality conversation between the states and the federal government."

Mr Marshall said if the Commonwealth would not help, he was preparing to work on a plan with the other states.

"I worry that unless this is sorted out relatively quickly we are going to have some major problems," Mr Marshall said.

Labor agriculture spokesman Ed Husic slammed his counterpart for dismissing the idea, and said every possible solution to the worker shortage should be considered.

"David Littleproud needs to step up and show some leadership, instead of pointing fingers," Mr Husic said.

"Worker shortages are a national problem that require national leadership and solutions. If [Mr Littleproud] were serious about resolving worker shortages, he would answer the phone to his state and territory colleagues."

The labour shortage is affecting all states, however it has been felt most keenly in the eastern states.

Queensland acting Agriculture Minister Yvette D'Ath said her state was open to a national approach to resolve the issue.

"It is abundantly clear that there needs more engagement between the states and federal government," Ms D'Ath said.

"The Agriculture Ministers Forum has not met often enough to discuss this issue of national importance.

"David Littleproud has to stop playing politics and meet with the states and territories as soon as possible to support our farmers across Australia."

Victorian Agriculture Minister Mary-Anne Thomas said the federal government "could make things a lot easier and faster" by telling the states what public health risks the Pacific countries posed, as committed to at the National Cabinet.

"[That] could make the Pacific Islands a declared green zone and clear the way for movement without quarantine requirements," Ms Thomas said.

However, Mr Littleproud labelled her claim "nonsense", and said Health Minister Greg Hunt had told the Victorian government what had been put forward by the industry was "totally acceptable".

"I haven't just said it's the states' responsibility, the premiers have on a number of occasions also made that clear after National Cabinet," he said.