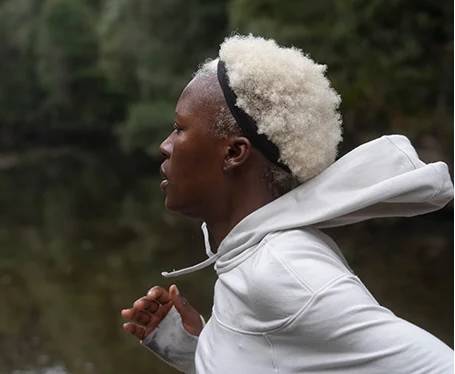 The "Move in Merino Challenge" saw more 226,000 people join up and more than half those complete it.

The rich activewear industry has long been dominated by synthetics.

The Woolmark Company used one of the world's most popular online fitness trackers, Strava, to market wool merchandise.

The campaign asked Strava's 58 million registered users to replace the time they would usually spend commuting, with getting outdoors and active: running, walking or cycling... in Merino wool.

More than half of those, 120,577 in total, completed the challenge over four weeks.

According to the AWI review, it involved five million hours of activity and participants covered almost 68 million kilometres, or ran, walked, or cycled almost twice around the planet.

The wool challenge ran from November 2-29.

Strava is especially popular with runners and cyclists who upload their fitness activity onto the website using GPS data.

Fitness fans can compare their performance over time, compete with their community, and share the photos, stories and highlights of their activities. The Australian wool industry says its foray into a global fitness market dominated by synthetic fashion had success.

Mr McCullough said the campaign was all about spreading the word "on how good Merino wool is" in an area dominated by non-natural fibres.

"The softness and breathability of Merino wool remains its major selling point but many environmentally conscious consumers are appreciating the fact wool is also renewable, biodegradable and renewable," he said.

"With more and more people around the world either working from home or choosing to cycle or run to work we want them to use their rush-hour commute to exercise in Merino wool."

US activewear retailer Tracksmith partnered with AWI in the promotion.

Tracksmith marketing director Lee Glandorf said his New England firm introduced Merino wool products into its line in 2015 and "it was an immediate winner with our customers".

"Merino wool performs incredibly well in many running scenarios and has all the essential performance factors you want - it's thermoregulating, dries quickly and won't retain post-run odours, which is important for runners who often like (and need) to re-wear pieces throughout a week of training," Mr Glandorf said.

"What's more, Merino wool has a more sophisticated look and feel than synthetic performance fabrics, so you can wear tops like our Harrier Long Sleeve to work or on errands.

"As a result of the success of the Harrier Long Sleeve and Tee, we've introduced more Merino wool into the range from base layers to socks, neck warmers and mid-layers. We even introduced Merino wool shorts in our recent Run Commute Collection."

The company also sells boxer shorts and briefs in its Merino collection.