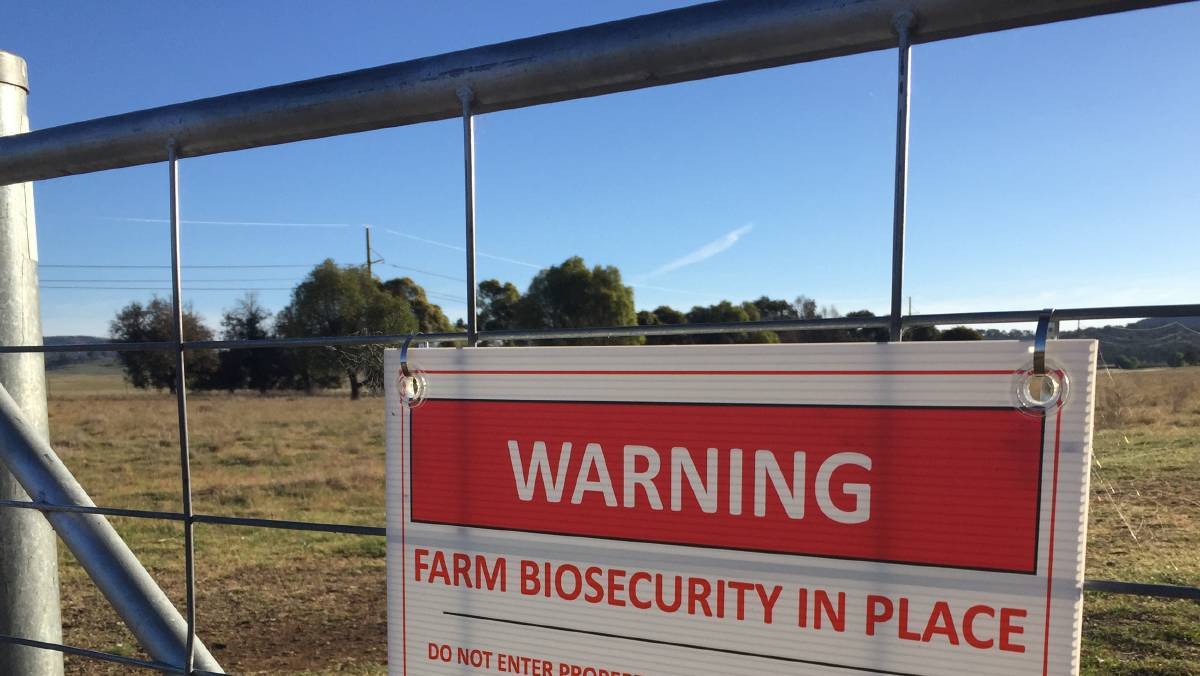 "The industry feels like we've been lucky, and our fear is that our luck will run out."

IN AUSTRALIA'S biosecurity circles, the word "lucky" is thrown around a lot.

Experts are worried that luck is about to run out without a significant overhaul and funding boost to the nation's biosecurity systems.

The National Farmers' Federation will make biosecurity one of its key priorities this year and will be lobbying the government for a national biosecurity strategy.

"If that beetle got out into wheat crops, it would have devastated the sector - it was just lucky the bloke thought 'that's a funny looking bug' and got it looked at."

Australia is lucky it has the natural advantage of being an island with "lots of brown dust" between major centres, but "we can't rely on luck, we have to do better", Mr Mahar said.

"The industry feels like we've been lucky, and our fear is that our luck will run out and there will be a major incursion," he said.

A biosecurity breach could cost the agricultural industry billions of dollars - a foot and mouth outbreak could cost ag $16 billion, while African Swine Flu could wipe out a third of the nation's pigs and cost the pork industry $2 billion.

At the moment, there is no overarching national policy statement or strategy for biosecurity, which has been pointed out to the government in reports as far back as 2017.

A national strategy would greatly improve coordination between the states - who each have their own biosecurity strategies - and the Commonwealth.

"Things like the fruit fly are a good example," Mr Mahar said.

"That's been going on for however long, we've got four or five states and the Commonwealth involved - and it's taken decades to get that - and it's still not properly sorted."

At the end of last year, the CSIRO released an extensive report about Australia's biosecurity future that warned the system would struggle to meet future challenges, even if funding tripled over the next 10 years.

CSIRO's health and biosecurity director Rob Grenfell emphasised Australia had a very effective and efficient biosecurity system, but it was "in clear need of a refresh".

"With the increasing volume of international trade, that system is not going to continue to work - that's really where the issue is," Dr Grenfell said.

In five years, from 2012 to 2017, the amount of biosecurity risk materials intercepted in Australia increased by almost 50 per cent.

The report made 20 recommendations and outlined a decade-long plan to strengthen the nation's biosecurity systems.

It highlighted the need for increased system connectivity through digital technology and data sharing, sharing biosecurity responsibility from a grassroots level all the way through to the government, and utilising new science and technology.

New tech could cut biosecurity process from weeks to hours

There is already ground breaking research underway that could revolutionise the system. The Centre of Invasive Species Solutions is developing portable testing technology that biosecurity officers can use in the field.

The current biosecurity process of collecting a sample and sending it to the lab can take anywhere from three days to three weeks to get a result. The new technology can return a sample within one to two hours.

University of Canberra researcher Alejandro Trujillo-Gonzalez the project would give officers an edge in the field, allowing them to make real time decisions.

"That's the beauty of it, we want to give them a tool they can use directly in the field," Dr Trujillo-Gonzalez said.

It works by collecting environmental DNA or "eDNA" and analysing it for any traces of disease or invasive pests.

"We all shed DNA one way or another, and that ends up in the environment," Dr Trujillo-Gonzalez said.

"What we can do is capture some of that by collecting a sample of soil, water or even air, and then we test that."

It was most recently tested on the khapra beetles found in Canberra.

"We collected dust samples with a vacuum cleaner and tested it for the beetle, and found it to be positive," Dr Trujillo-Gonzalez said.

"Officers didn't need to go to the lab and could start their biosecurity procedures right away. It saves a lot of time, a lot of effort and a lot of money for importers or exporters."

Not only is it quicker, it also eliminates the need to rely on a visual inspection or physical evidence of a pest.

The project, funded by the Department of Agriculture, Water and Environment, is in its second year and could be operational in the field within the next couple of years.