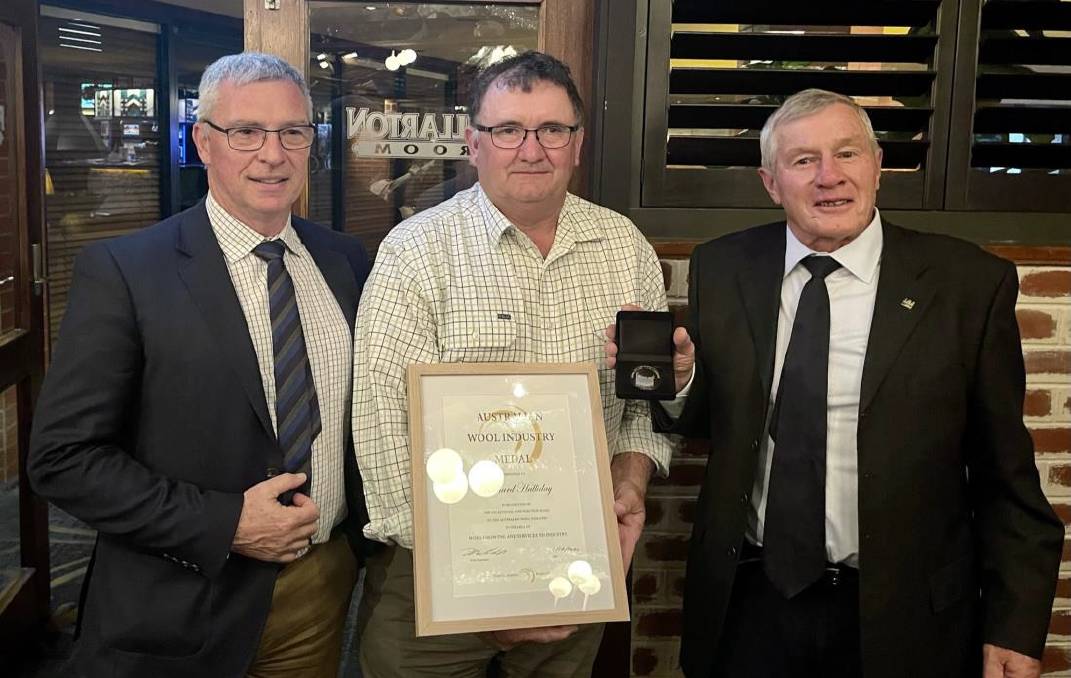 Medals have been presented for "exceptional and sustained contribution" to the Australian wool industry.

Medals have been presented for "exceptional and sustained contribution" to the Australian wool industry.

Presentations for the 2020 Australian Wool Industry Medal were delayed last year because of pandemic restrictions.

Five recipients were chosen to receive the 2020 Australian Wool Industry Medal to be made state by state.

Richard Halliday has been presented his medal in Adelaide and Kevin Gellatly received his in Perth.

The medal recognises men and women who have made an exceptional and sustained contribution to the Australian wool industry.

WIA chairman David Michell congratulated both Richard Halliday and Kevin Gellatly on their awards and thanked them for their contribution to the Australian wool industry.

Mr Michell said: "It is very timely that we acknowledge and celebrate the contribution of outstanding people such as Richard and Kevin, to this iconic Australian industry. 2020 was a tough year for all.

"The industry has faced many difficult times over the past three decades and the contributions that people like Richard and Kevin have made has ensured that many in the industry can enjoy and prosper in the future."

Richard Halliday is principal of the Callowie Poll Merino Stud in the Lowan Vale area in the upper south east of South Australia.

Beside being a left-handed shearer (blade and machine), Mr Halliday served as WoolProducers president from 2014 to 2018 and held the position of director of both AWEX and AWTA. 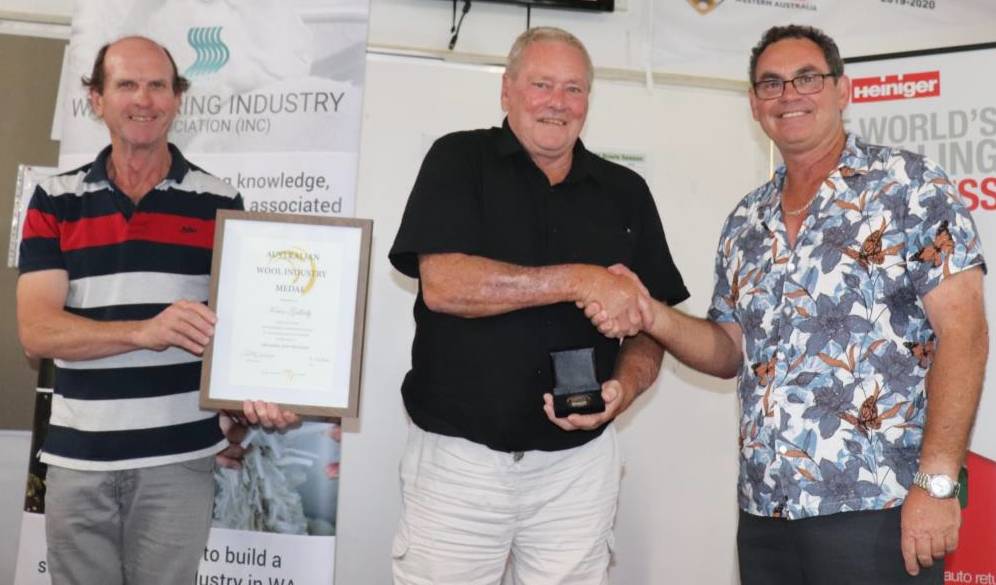 As inaugural president of Livestock SA, Mr Halliday was key in Livestock SA receiving funding from the SA Government for water infrastructure and wild dog control.

He is also active within his regional community and is a respected sheep judge, judging at shows across Australia.

Kevin Gellatly has worked in the wool industry for 50 years.

Most of his career has been as a shearer in Western Australia and a shearing contractor/trainer.

For 24 years Mr Gellatly offered training and employment opportunities for young Indigenous men and has served as a shearer and wool handler trainer for 17 years, introducing hundreds of young people into the wool industry.

The remaining recipients will be announced early this year.

Applications for the 2021 Australian Wool Industry Medal will open early this year.