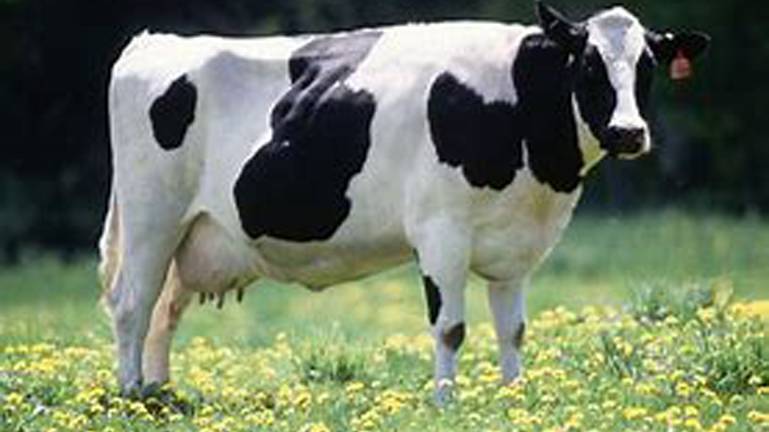 NEW APPROACH: A new research approach aims to find a faster way to identify the cause of mastitis in dairy cows. Picture courtesy Queen's University, Belfast.

A research project to tackle bovine mastitis and reduce the use of broad-spectrum antibiotics in dairy cattle is being launched in Northern Ireland.

A research project to tackle bovine mastitis and reduce the use of broad-spectrum antibiotics in dairy cattle is being launched in Northern Ireland.

The wide-scale use of broad-spectrum antibiotics can contribute to the development of antimicrobial resistance.

The research is being launched by the Institute for Global Food Security at Queen's University Belfast in partnership with AgriSearch and the Agri-Food & Biosciences Institute.

The new approach will involve the use of mass spectrometry - an analytical method using sophisticated laboratory equipment - to develop a rapid diagnosis of mastitis, directly from a suspected milk sample.

This will initially use laboratory-based equipment but could potentially be translated to an on-site test to further increase test turnaround times.

The project will also explore the potential for the wider application of REIMS technology - Rapid Evaporative Ionization Mass Spectrometry - in areas such as milk-quality analysis and the monitoring of lameness in herds.

Bovine mastitis is a painful inflammatory condition of the udder, caused by the cow's immune response to a microbial infection.

It is a significant challenge for dairy farmers and the industry due to the effect on cow health and welfare, the complexities of controlling the condition and the need to withhold milk from human consumption during treatment and recovery.

Farmers carry out a visual inspection of the milk as part of the milking process; changes, such as the formation of clots in the milk, can be indicative of clinical mastitis in addition to the direct observation of heat or swelling of the udder.

Somatic cell counting of a milk sample can be useful in screening for pre-clinical mastitis, particularly where farmers regularly undertake milk recording of their herd.

Microbial culture and sensitivity are then carried out to determine the causal pathogen and the best type of antibiotic treatment, but these tests can take several days and rely on an uncontaminated sample being collected in the dairy.

Broad-spectrum antibiotic treatment is usually started immediately, before microbiology results have been returned by the laboratory, to minimise the pain and suffering of the cow but such therapeutic use of broad-spectrum antibiotics has the potential to contribute to AMR - an increasing problem for both animal and human health.

The REIMS approach, however, could eliminate the need for time-consuming milk-sample preparation and therefore, be more user-friendly for farmers with near-instantaneous results.

Additionally, the rapid identification of pathogens would allow for more timely, targeted narrow-spectrum treatments, potentially reducing the use of broad-spectrum antibiotics.

In fact, if rapid diagnostics also facilitated earlier treatment, the use of antibiotics might be eliminated altogether, further helping society's battle against AMR.

As part of a PhD project at Queen's University Belfast, milk samples will be collected from dairy farms which are part of the AgriSearch network and through AFBI from cows with suspected and confirmed mastitis, alongside healthy control samples.

The same project will also look at lameness in dairy cattle.

A longitudinal study to assess a naturally occurring molecule or gene will be conducted on a dairy herd using REIMS so as to identify potential biomarkers that could flag a proclivity towards lameness.

PhD principal supervisor Dr Simon Cameron from IGFS at Queen's said the entire REIMS project had potential for a positive impact on agriculture, the agrifood industry and society.

"REIMS is a fairly new technology and we are constantly finding new applications for it," he said.

"It has the potential to be a step change in how we use mass spectrometry to address problems facing society and this project investigates just one of these.

"By being able to analyse samples more quickly, and in a way that is more user-friendly to the farmer, we hope to be able to bring the benefit of mass spectrometry to dairy farmers through rapid diagnosis of bovine mastitis and identification of the causal microbe."

AgriSearch general manager Jason Rankin said: "The responsible use of antimicrobials is of increasing importance. Having a rapid and reliable test to identify the pathogen causing mastitis will help farmers treat infection with the appropriate product and help minimise antimicrobial resistance."