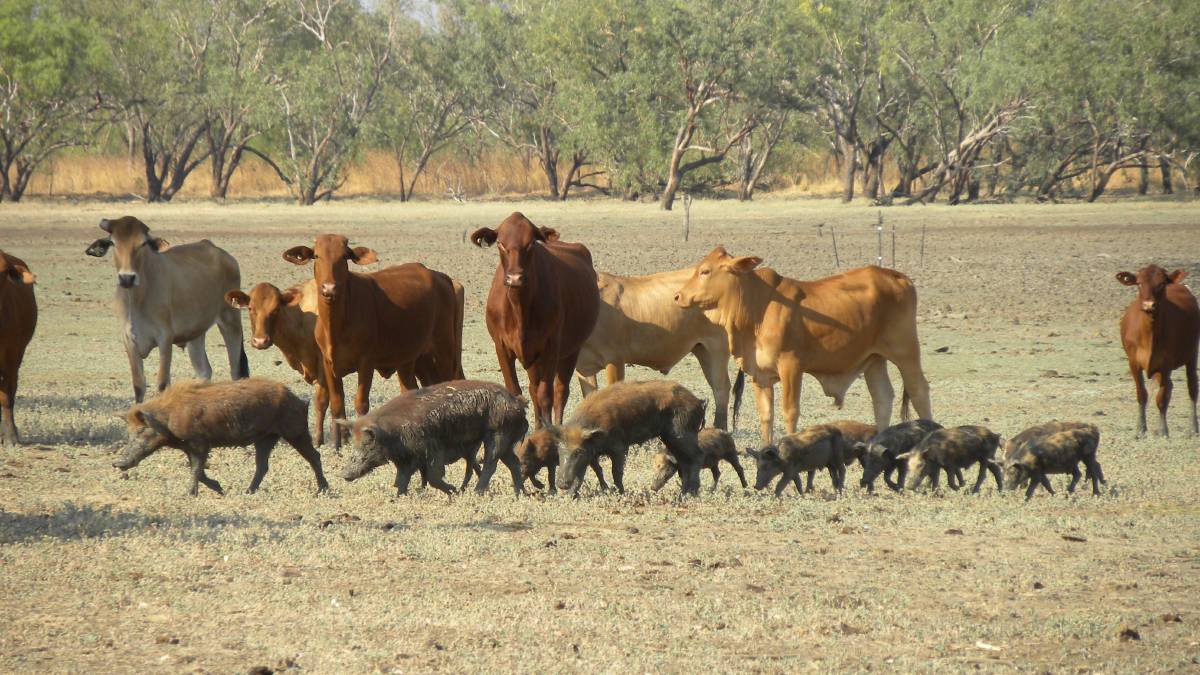 After more than a decade of research and refining, a new effective, humane and targeted feral pig bait is on the market.

AFTER more than a decade of research and refining, a new effective, humane and targeted feral pig bait is on the market.

One of the nation's most destructive pests, there are an estimated 24 million pigs spread over 45 per cent of Australia's mainland, causing significant environmental damage.

There also estimated to cost the ag industry $100 million annually and there are growing concerns about the biosecurity risk they pose, as a spreaders of African swine fever and Panama disease.

After more than a decade in development, an Australian innovation to tackle the destructive pest, HOGGONE, has received regulatory approval.

The bait is a Schedule 6 poison so landholders can buy and use it without specific training or certification, and is deployed via a specially designed bait box that non-target animals cannot access.

Developed by Animal Control Technologies Australia, the baits are fast-acting, humane and targeted.

"Sodium nitrite is a food preservative which is safely used in low concentrations - people and most animals can tolerate modest amounts of sodium nitrite, but pigs lack the protective enzyme that is present in other species," Dr Staples said.

"HOGGONE renders pigs unconscious before they die, typically within one to three hours, without suffering."

It breaks down very quickly in the environment, leaving no toxic residues. The challenge was to find a way to keep the active chemical stable and attractive to pigs.

"It took us more than 10 years to develop and refine this product and we are so excited to get it out to farmers and public land managers," Dr Staples said.

"Its capacity to cull large herds quickly and humanely has the potential to revolutionise our approach to management."

The rollout is well timed, with feral pig population expected to rise rapidly due to the current La Nina weather conditions.

Early adopters have reported excellent results on the landscapes they manage and farm.

Toowoomba-based pest researcher Darren Marshall has run trials to test the bait in south-west Queensland on multiple properties and in a national park.

"It is very humane and achieves really good knockdown with a lot of the dead pigs found close to the baiting station," Mr Marshall said.

"We need to kill 75 per cent of the feral pig population in an area to control them, and you can only do that through baiting or aerial shooting.

"That's why HOGGONE is a really important tool in controlling feral pigs."