Tasmanian farmers have benefited from a specialised irrigation coaching program led by the Tasmanian Institute of Agriculture (TIA). 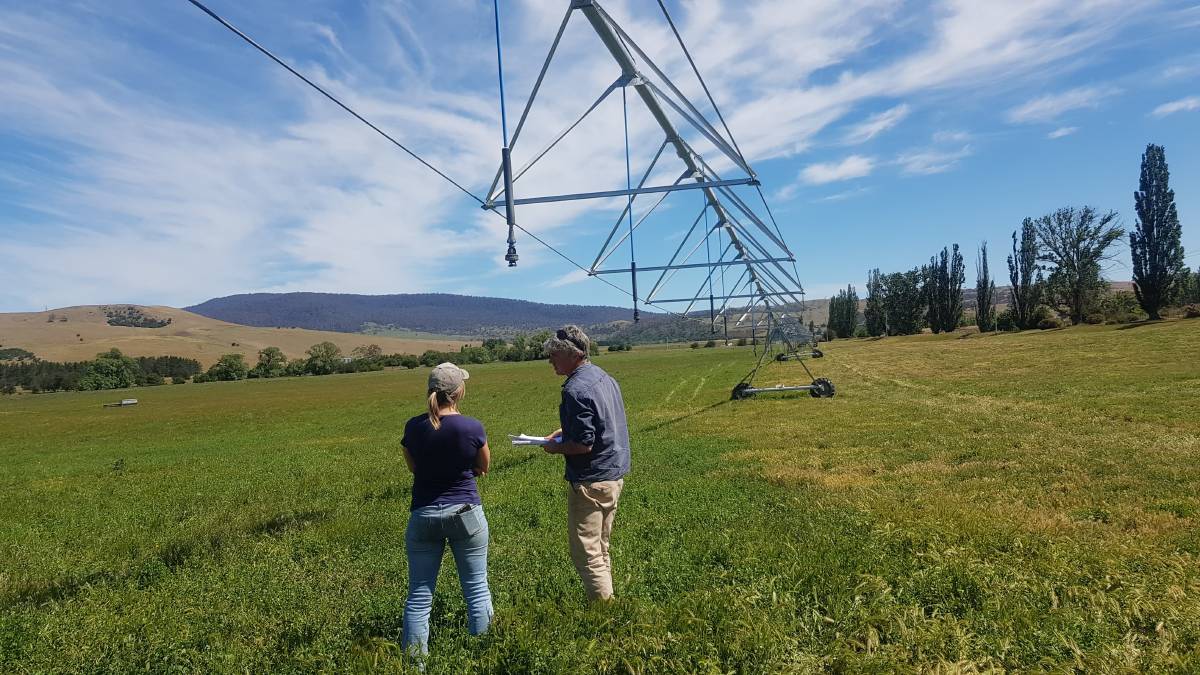 Tasmanian farmers have benefited from a specialised irrigation coaching program led by the Tasmanian Institute of Agriculture (TIA).

The program began in 2019 and ran in partnership with Pinion Advisory to give farmers custom advice and training to help them better manage their water.

"The Water for Profit program provided farmers with a fundamental understanding of irrigation and this new coaching program took it to the next level," Professor Mohammed said.

"With the changing climate and three particularly dry winter seasons water is becoming a scarcer resource. Farmers are paying a lot for it and we wanted to help them use every drop as wisely as they can."

The team worked with farmers directly to assess their systems and make improvements to pumping efficiency, system design and setup.

There were two farmer groups in the program.

One in the North East that focused on dairy and one centred in Bothwell focused on mixed cropping and livestock enterprises.

At the start of the program, each business received an on-farm review of their whole irrigation system including delivery systems, pumping pressure, energy consumption and efficiency.

Participant Emma Boon from the Southern Midlands said she found the review valuable for her business.

"The on-farm session was really useful for giving our scheme a once-over with fresh eyes and to help identify areas we may need to improve on, and areas where we could increase efficiency," Mrs Boon said.

"Being fairly new to irrigating, it was great to get some pointers on the basics and to make sure we are on the right track."

The reviews revealed the common issues that farmers are facing and some fundamentals areas that can be easily addressed to improve effectiveness.

These issues informed the topics for the group coaching sessions that ran throughout the year in each of the districts.

Irrigation management is a complex part of a farming business and can be influenced by many factors such as weather, water availability, seasonal conditions, soil variability, cropping and/or livestock programs and also by the maintenance of the irrigation infrastructure that applies the water on-farm.

Key learnings have had such an impact on our business. - John Wilson

Participant John Wilson from Forester Lodge, Tas, said the program highlighted several areas where gains in efficiency could be made on his dairy property.

"The small key learnings have had such an impact on our business," he said.

"We've been able to make improvements just by identifying issues. I'd encourage any farmer to be involved in a similar program in the future."