There has been an unintended wool bonanza from those remarkable gloves worn by US Senator Bernie Sanders at President Joe Biden's inauguration last week. 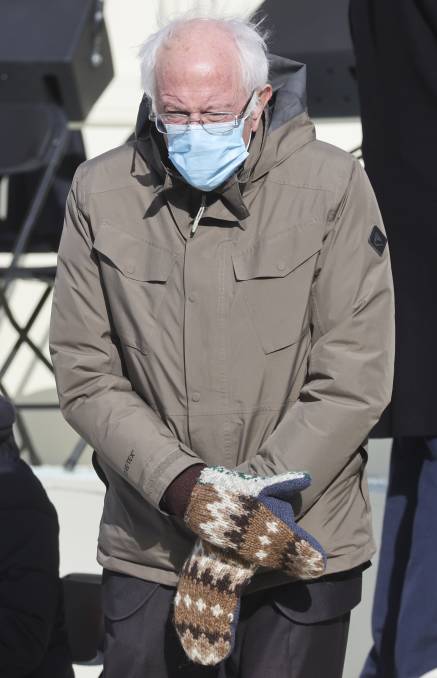 Popular US Senator Bernie Sanders with those thick mittens at last week's US inauguration has helped boost the sales of wool fashion in the US. Picture: Getty Images.

There has been an unintended wool bonanza from those remarkable gloves worn by US Senator Bernie Sanders at President Joe Biden's inauguration last week.

The wool marketing push has been propelled by thousands of social media memes taking the mickey out of the popular Senator's fashion choice.

Despite having failed to win the Democratic Party's nomination for president, the take-me-as-you-see-me Sanders remains a beloved political figure among the USA's progressive voters.

All that focus on his woollen mittens, which were actually knitted by a Vermont school teacher, has translated into a boost in wool sales for some US retailers.

Utah entrepreneurs say they are turning those viral pictures from President Biden's inauguration into business opportunities.

One US company that makes handmade mittens, has had a big spike in sales since the photo of Sanders went viral just hours after the inauguration.

One company, which didn't even make the exact "Berniemittens" as they have come to be called, said they sold $15,000 worth of their own copies within a few days. 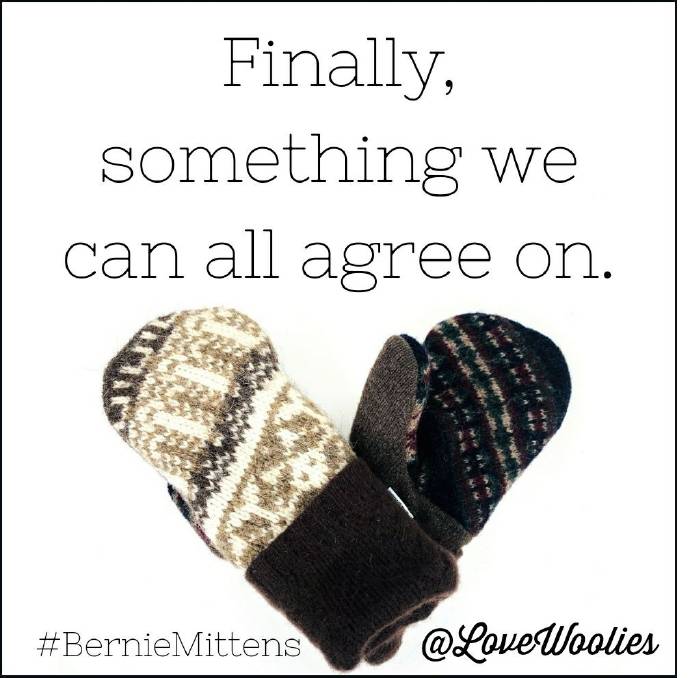 Another mitten maker said they had received hundreds of orders as their popularity grew.

There had been a surge in demand for other products made from wool, the company told US media.

Asked about the mittens after the inauguration, Senator Sanders said: "In Vermont, we know something about the cold. And we're not so concerned about good fashion. We just want to keep warm."