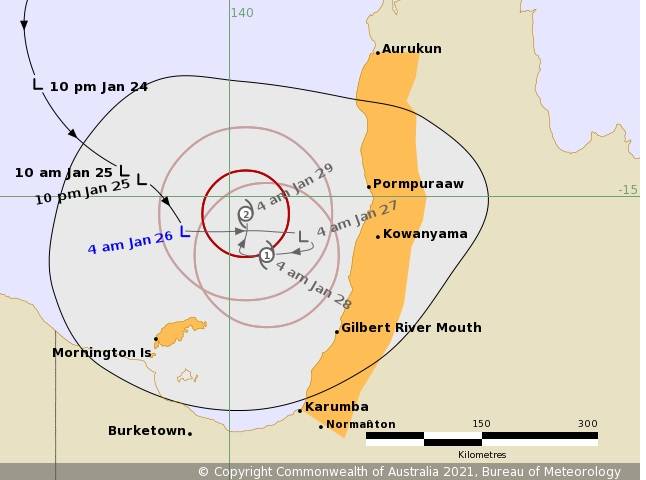 Weather experts are tracking a deepening tropical low in the Gulf of Carpentaria as the wet season action heats up in the north. Graphic: Bureau of Meteorology.

The heatwave in southern states has been doused by rain as temperatures rise to near record levels in Sydney today.

The heatwave in southern states has been doused by rain as temperatures rise to near record levels in Sydney today.

But all the weather attention is on northern Australia where a number of tropical lows in the monsoon trough are being closely watched with an increased chance of more tropical cyclones forming.

On Friday, a low began to develop near the north-eastern Top End which has been strengthening over the weekend as monsoonal flow increases and will continue to strengthen in the Gulf of Carpentaria during the next day or two.

The tropical cyclone watch has been declared by the Bureau of Meteorology as the low is moving towards Queensland.

"From mid-week, different weather patterns in the region could have varying impacts on where it moves," a bureau spokeswoman said.

Some areas could receive 200 to 300 millimetres of wet season rain this week as well as flood warnings issued in response to rising water levels in the Top End.

There are multiple tropical lows along the monsoon trough. 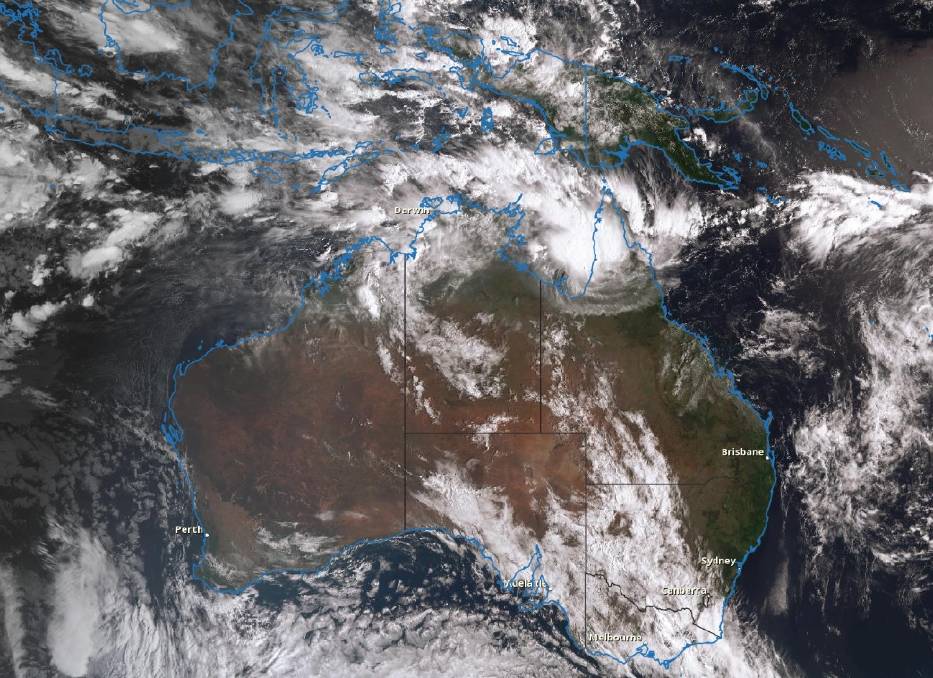 Tropical lows are deepening in the monsoon trough across northern Australia. Satellite picture: Bureau of Meteorology.

Meanwhile, a rain band is moving south across Victoria today after temperatures reached 40 degrees in some areas yesterday.

Adelaide hit 42.7 degrees on Sunday but temperatures have fallen to almost half that with the arrival of the rain.

Some of the rain totals in SA's outback have been remarkable.

Leigh Creek, west of the Flinders Ranges, recorded a total of 43mm yesterday, as did Woomera.

Victoria's totals were smaller with 16mm at Warracknabeal, 16mm at Mortlake, 24mm at Kilomore and 12mm at Mildura.