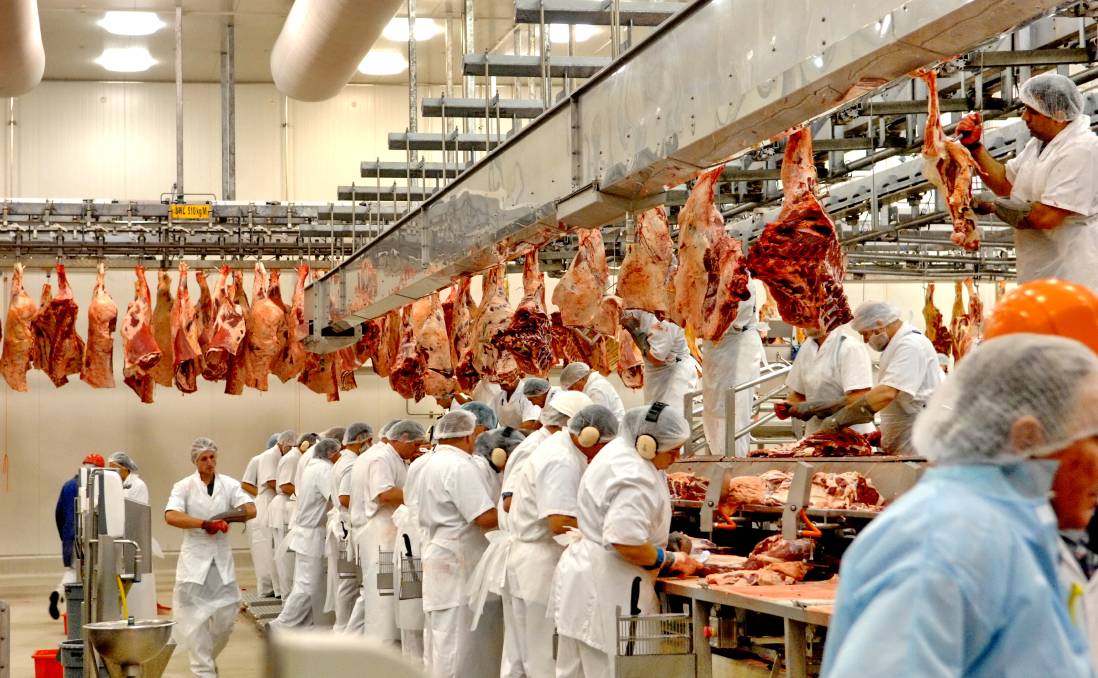 If the USDA's prediction of lower US beef production is accurate, it could lead to better outcomes for Australian exporters in 2021.

Ken Wilcock notes that anticipated lower US production coupled with improved packer demand is expected to drive prices higher in 2021.

At the heart of their predictions is a downward revised estimate for US beef production based on an expectation of fewer fed-cattle supplies.

This decline in fed-cattle slaughterings is expected to be felt in second quarter 2021 as a result of lower expected placements in fourth-quarter 2020.

In addition, some guidance for the remainder of the year should emerge with release of the semi-annual cattle survey on January 29 by USDA's National Agricultural Statistics Service. This will provide estimates of heifers held for breeding and an insight into the number of cattle that might be available for feedlot placement during 2021.

But ERS is guarded as to the extent of this rise.

Its forecast average live price for fed steers in 2021 is $US115.50 per cwt. That equates to around 330c/kg live on current Australian exchange rate.

That average in turn reflected reduced packer demand in consequence of the backlog of fed cattle supplies that built up as a result of reduced shifts and temporary closure of packing facilities due to COVID in second quarter 2020.

By third quarter, that backlog was largely worked through and cattle prices began to recover in the fourth quarter and into the new year.

But ERS may well have been wise to be guarded in its price predictions as the live steer opening price in the first week of January averaged just $US111.27.

This is $13 behind same week last year and the lowest January starting price since 2011.

At the time of compiling its estimates it would not have had the benefit of the January 1 inventory of cattle in feedlots of more than 1000 head capacity.

According to Steiner, analysts generally thought numbers would be well down but it turned out they are slightly higher than last year.

That perspective may change with the benefit of the NASS report, which also includes the inventory of cattle in smaller feedlots.

Meanwhile the feedlot inventory indicates that supplies continue to be front-loaded. Cattle that have been on feed for more than 120 days are up by 8.7per cent on previous year and cattle with more than 150 days add up to more than 2 million head, 7.6pc higher than a year ago.

But the analysts were partially right.

Higher feed costs have reduced December placements of lighter cattle by up to 4pc while heavy-end placements were up by more than 5pc.

This front-end loading may tend to restrict the extent of any immediate price rises and the ERS predictions may still have some validity further into the year.

Meanwhile with the approach of spring, US seasonal demand for lean beef should trend higher, causing buyers to closely assess their positions now in light of limited global supply.

Indicator 90 CL Aust/NZ blended cow FOB US East Coast was quoted last week at US234c/lb, up by 6c/lb on previous week and extending the premium over domestic lean to around 15c/lb.

Steiner believes buyers will currently be experiencing some difficulty in covering their positions due to limited supply from Australia and the seasonal increase in New Zealand cow slaughter still a couple of months away.

But the NZ cow slaughter this year will be something of an unknown quantity because of the current strength of their dairy industry.

Milk solids production last year was a record high from a herd that is down significantly from peak cow numbers of over 5 million in 2014/15.

There is also growing uncertainty about availability from other markets, especially Central and South America.

Imports from Nicaragua in the first three weeks of the year are down by almost 3000 tonnes. Brazilian imports are relatively steady at around 500-600t a week, which implies an annual volume of around 30,000t, far from some of the more bullish estimates of 50-60,000t annually that were expected when Brazil was granted access.

For now China is aggressively chasing Brazilian beef, accounting for about 60pc of that country's beef exports.

With the vagaries of trade with China at present, Australian exporters may be pleased if the US market rises to the point of buying away some of the 200,000t volume that Australia shipped to China last year.

WITH Tuesday the last of the public holidays until Easter, the way is clear for full shifts in meat plants for a couple of months, but that would appear to be wishful thinking as cattle remain in very tight supply.

The slowness of some works to recommence is indicative of the situation as is the lack of numbers in saleyards so far.

So too is the extreme rates that continue to prevail, with published grids unchanged since last week at 690c for 4-tooth ox and 620 for heavy cow in southern and central Queensland.

In the markets, Wagga is perhaps the go-to early-week barometer due to consistency in numbers but this week their yarding halved to just 1500 head. Extremely hot weather and the public holiday were cited as the reason.

Still, there were enough heavy steers and bullocks to establish a trend, which was generally 9-12c/kg cheaper but nevertheless averaging mid-360s.

Dalby last week managed 1700 head all up including around 180 slaughter cows, mostly heavyweights.

In contrast to the south, prices were up 23c for a 322c average.

Dalby should have a better offering on Wednesday with cattle expected to be redirected from the missed Tuesday Roma sale.

Sponsored by
Bega Cheese and Burra Foods have stepped up milk prices for their southern Australia suppliers - their first step ups this season.
Test
Global haymaking machinery manufacturer New Holland is this year marking 75 years of selling small square balers in Australia.
Test
The 64-year-old farmer and grazier was first elected to federal parliament for the seat of Gwydir in 1989 and was deputy prime minister under John Howard from 1999 to 2005.
Test
Passionate tractor collector John Edgar is worried about the fate of a rare Titan D 20 horsepower tractor which he believes should stay in Australia.
Test
Southern Queensland has remained in somewhat of a rain shadow during the current La Nina event, but there may be rain on the way.
Test
Wellard Limited's Australian export business shrinks as cattle and sheep shortages push prices to historic highs, driving overseas buyers elsewhere to find meat protein.
Test
A large number of buyers are already casting their eyes over billionaire Gina Rinehart's seven big stations across northern Australia which came up for sale on the weekend.
Test
In the wilds of the a northern NSW region lives a brumby whisperer and some lucky Scottish Highland cattle.
Test