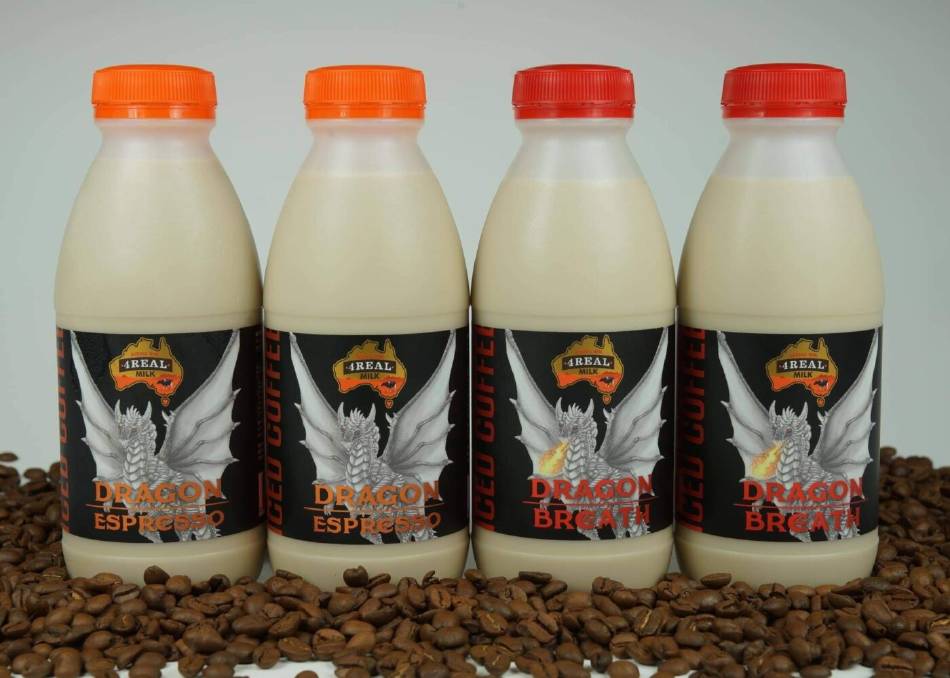 A new chilli, coffee, milk product has given 4RealMilk a new energy connecting with consumers.

It doesn't get much more diverse than chilli, coffee and lactose free flavoured milk; and that's exactly what inspired Queensland dairy farmer Greg Dennis, of Scenic Rim 4RealMilk to team up with Dragon Syrup.

Mr Dennis, commonly known as "Farmer Greggy", has been a pioneer of dairy diversification.

In 2013, the Dennis family established their own milk processor and launched 4RealMilk in response to unsustainable milk prices for farmers.

Since breaking away, Mr Dennis wanted to enter the flavoured milk market and after a few failed attempts the idea for Dragon Breath Milk came knocking on his door.

Dragon Syrup creators James Sullivan and Doug Bates took a chance and drove to Mr Dennis' Scenic Rim farm to pitch their coffee syrup unannounced and after a quick-mix between syrup and milk, Dragon Breath Milk was born.

Dragon Breath's first batch run completely sold out, with all 1600 bottles purchased by locals in the Scenic Rim.

Mr Dennis said the project had brought a new energy to the 4RealMilk brand and that the decision to venture into the unknown had been rewarding. 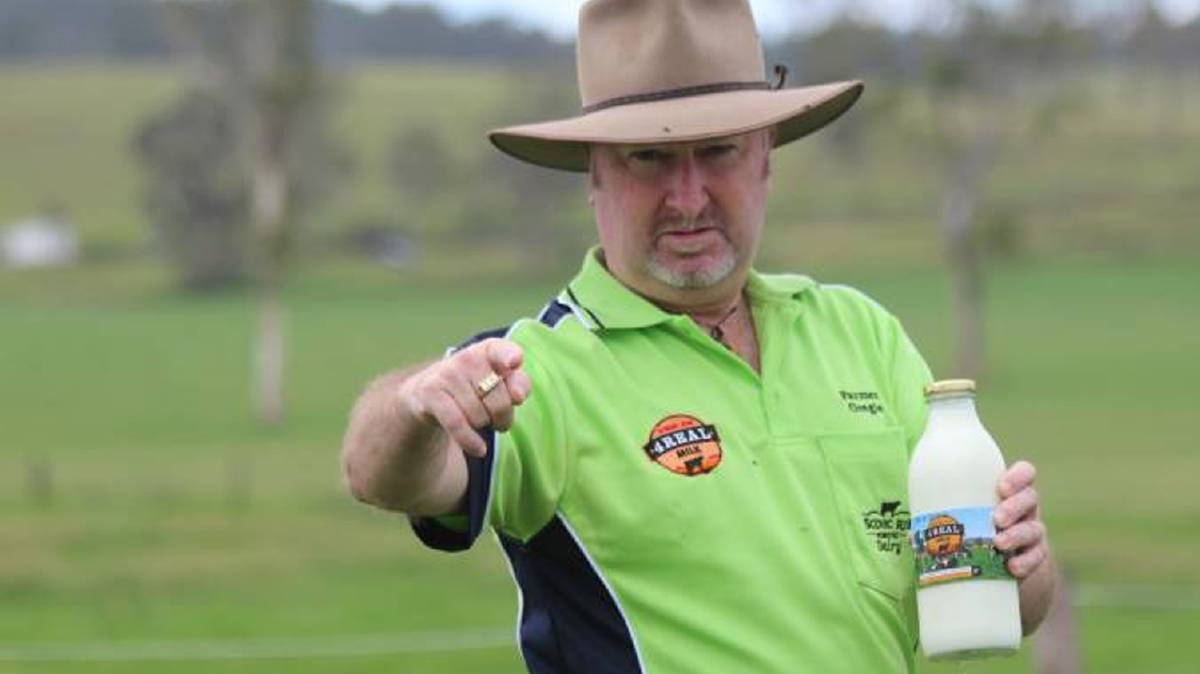 Greg Dennis says he has had a couple of failed attempts to introduce flavoured milk to the market but is on a winner with his new product.

"The product has offered a lot of enthusiasm back into 4RealMilk," Mr Dennis said.

"It can be really frustrating, we haven't seen a really big shift in the market since we began producing.

"And now this product has given us a new avenue to talk about the same message."

Unlike most flavoured milk products, Dragon Breath Milk is made with fresh milk and syrup and not milk-powder.

Mr Dennis said it was the product's uniqueness that had him instantly sold.

"We had a couple of failed attempts to launch flavoured milk, it's a very competitive market," he said.

"Before we probably didn't have a strong enough point of difference.

"This is definitely a very different product than any other on the market. It's real food and has real health benefits for consumers."

The story A fresh breath for 4RealMilk first appeared on Queensland Country Life.