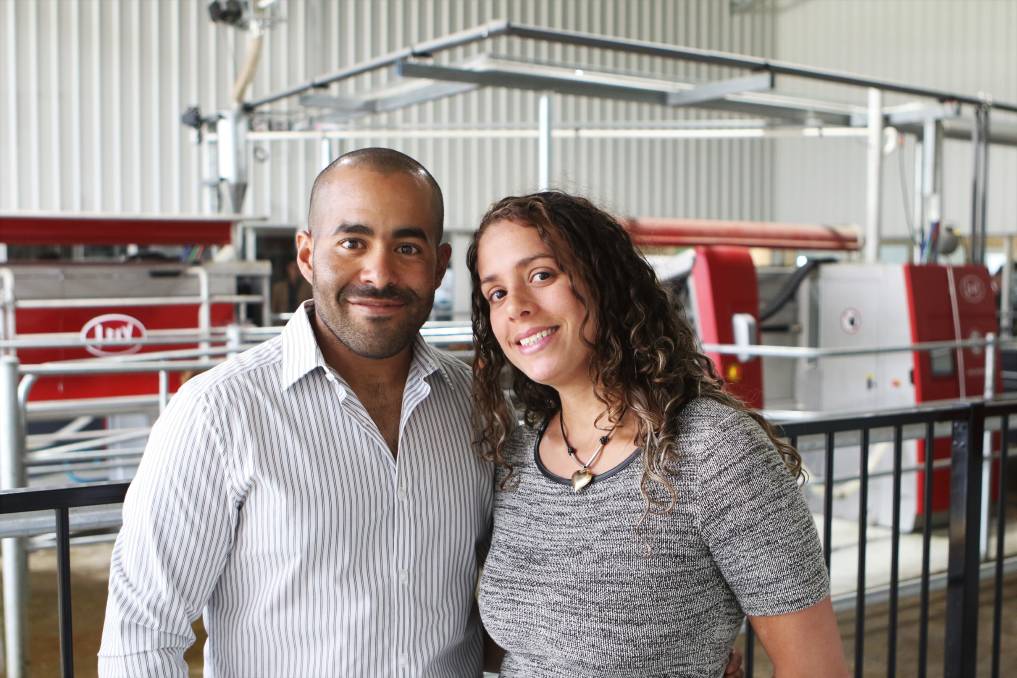 MAKERS: Genaro Velasquez and Rosselyn Escalante have already made 300kg of cheese at the new factory. Picture: Meg Powell

The bangs and clatters of state-of-the-art milking robots, the gentle moo of happy cows and shelves already beginning to groan with the weight of 300 kilograms of freshly made cheese - welcome to Smithton's newest cheese factory.

When Genaro Velasquez and Rosselyn Escalante first tried making cheese at home a few years ago, they had no idea they would eventually take on a cutting-edge project in the heart of Tasmania's prime dairy region.

In fact, the Venezuelan couple admitted on Thursday, their first attempts at the ancient art were not particularly appealing. "We had some real funky looking cheeses, and we thought, this can't be right," Mr Velasquez said.

Undeterred, the couple managed to take themselves through a cheese course in New Zealand and eventually became good enough to consider starting a business.

"We were just planning to use a couple of shipping containers, and then make cheese for the South American community here," Mr Velasquez admitted, speaking after the official opening of La Cantara Artisan Cheese, a new factory attached to Agritas' Duck River Meadows Dairy project. Mr Velasquez said the process of cheesemaking was complex, and required a high attention to detail. To enter the cheese room, the cheese master takes a shower, and then dresses in special cheesemaking clothing. Every time.

"We're very close, we have to get microbial testing done, and then when we get 10consecutive batches that pass we can sell commercially," he said.

The couple will eventually sell their cheeses at a cafe and heritage centre, but in the meantime have launched their own website and will offer local pick up.