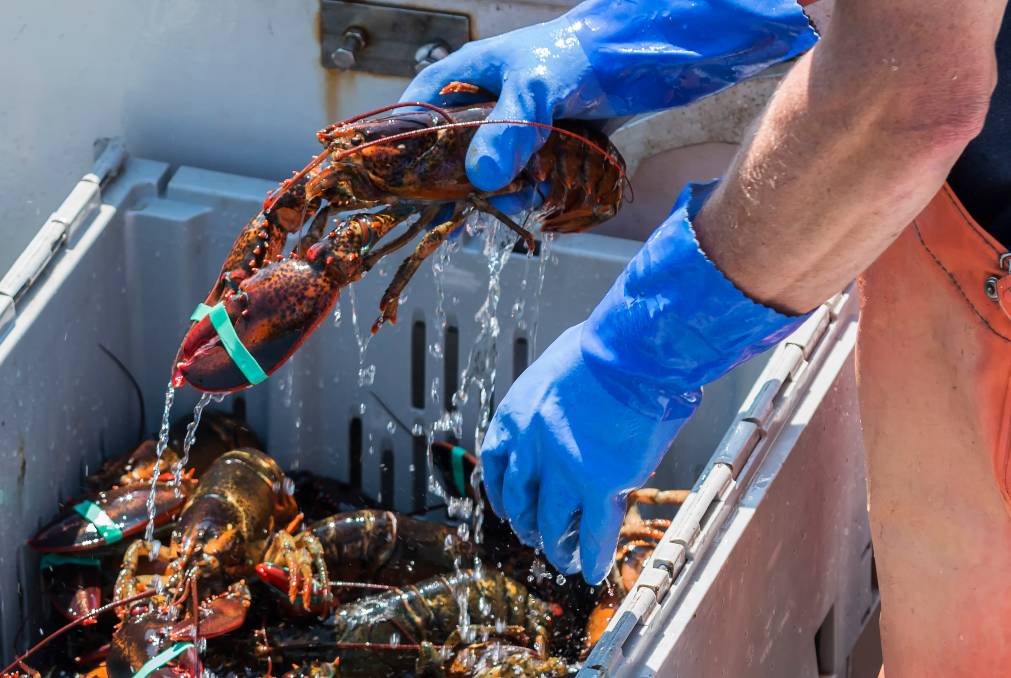 ENHANCEMENTS: The NZ deal includes an expedited six-hour clearance time at the Chinese border for perishable goods such as seafood.

Ken Wilcock notes that in contrast to the Mexican standoff between Australia and China at present, NZ and China have signed an upgraded trade deal.

WHILE Australia's free trade agreement with China looks more flounder than flourish at present, New Zealand has signed an upgrade to their trade deal with China which significantly enhances the original deal struck in 2008.

According to NZ news site Stuff, China's Commerce Minister Wang Wentao said signing the upgrade was another milestone in co-operation between the two countries.

In contrast to the Mexican standoff between Australia and China at present, Wang was quoted as saying "I'll be more than happy to maintain working relations with you; jointly break new ground in trade and economic relations between China and New Zealand".

The upgrade took three years of negotiations and was completed in 2019 but has only now been signed.

It includes enhancements such as an expedited six-hour clearance time at the Chinese border for perishable goods such as seafood, increased access for NZ timber and establishment of key staff at Chinese ports who can be contacted by exporters to sort out any issues.

AFTER Canada, Mexico, Australia and New Zealand, Nicaragua comes in as fifth largest beef supplier to the United States with around 7 per cent market share.

Nicaragua is a member country of the Dominican Republic-Central America Free Trade Agreement (CAFTA-DR) with the US.

Beef access to the US is through a 65,000 tonne quota shared with other countries and Nicaragua has been a regular supplier over many years.

But a short, two-sentence mention last week in Steiner's Imported Beef Market Report hinted that all is not well in trade between the US and Nicaragua and that must be of significant concern for this developing country struggling to deal with US sanctions, the pandemic and the aftermath of two cyclones.

Steiner said issues with Central American product last year had caused some large users to avoid it. As a result imports from Nicaragua are currently running 50pc lower than last year.

The 'issues' referred to stem from reports aired in October last year by US-based investigative news organisations calling for a boycott on so-called "conflict beef" from Nicaragua.

They argued that Nicaraguan beef in many instances is produced in illegally settled rainforest territory that has been dispossessed from indigenous communities by violent conflict.

However a national US media-watch group has since taken issue with the reports and in a lengthy and detailed analysis argues that the reports are demonstrably inaccurate and misleading.

There is suggestion that knowingly or otherwise the media concerned are complicit in opposition attempts to undermine Nicaragua's Sandinista government.

As unfair as the "conflict beef" tag may be, it seems to have had some effect with a noticeable shift in US interest from Central American product to Brazil and Argentina.

Steiner noted that some US end users have yet to approve South American product in their specifications but suspects there is now more pressure to do so.

Has La Nina run out of puff?

THE latest climate outlook report from the Bureau of Meteorology released last Thursday says that the current La Nina event has likely reached its peak strength but can be expected to influence rainfall patterns until at least early autumn.

But unfortunately for Queensland that influence looks minimal throughout most of February and only improves in March, very late in the season for pasture growth.

For March there are indications of better than 70pc chance of exceeding median rainfall in parts of central Qld extending up into Cape York Peninsular but for most of the state the chance falls to 60pc and for the southern region, 50pc or less.

Translating that into millimetres of rainfall, it is only the Peninsula, lower Gulf and immediate coastal regions of Qld and NSW that attract a 75pc chance of better than 200mm for the three months February to April.

A wide north-easterly swathe from centre of the state to the coast is predicted to be in the 100-200mm range while in the opposite direction to the south-west it falls away to as little as 10mm.

While December rain got the grass away in some instances, for many there is still the issue of water particularly in southern areas and this latest outlook report leaves a lingering concern over replenishment of storages.

THERE has been no real change to the underlying supply situation since last week except for a few cattle coming out of dry spots in Queensland and these are feeding into central and south east Qld meatworks.

In consequence, kill days have stepped up from three to four but the feeling is that there is no real depth to the numbers and shifts will remain difficult to fill for the foreseeable future and possibly the rest of the year.

Grid rates remain unchanged in southern and central Qld with the majors quoting 4-tooth ox at 690c/kg and heavy cow at 620.

One processor contacted this week commented on the effect of the season in NSW last year with cows coming through now dressing well over 300kg and properly fat at 20mm.

Elsewhere in south east Qld and at Wagga in southern NSW and Naracoorte in SA, ox are attracting 645c and heavy cow 590-600c.

In the feeder market, Black Angus are on a number of grids at 465c and flatbacks more generally at 450c.

Early markets this week appear to be making up for last week's public holiday.

Heavy feeder steers were up 10c to average 443c.

Indicator 90 CL Aust/NZ blended cow FOB US East Coast was quoted last week at US239c/lb, up by 5c/lb on previous week and extending the premium over domestic lean to around 19c/lb.