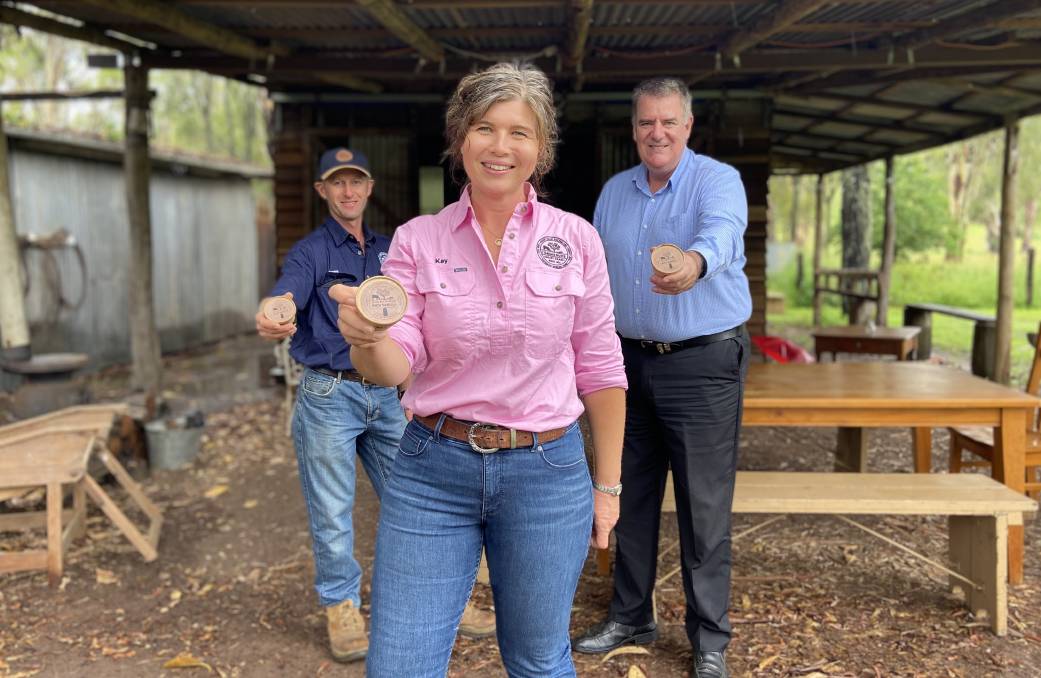 Mark Furner dropped in to chat with the farmers and sample some gourmet ice cream.

Queensland agriculture minister Mark Furner was at Kerry this week, spending some time at Tommerup's dairy.

Kay Tommerup said the group had a good discussion about agritourism, value adding and Ms Tommerup's role as #eatqld ambassador.

"As an #eatqld ambassador, I'm fortunate to have contact with Minister Furner and his team to discuss any ideas or concerns we might have around agritourism/agriculture and helping to spread the message to consumers," she said.

"It's been a while since the Minister has visited our farm, so it was great to be able to show the improvements we've made including the addition of the creamery, share some of our future plans for the farm and hand around some of our ice creams for taste testing.

"I'm looking forward to working with Minister Furner and the DAF team to further grow the #eatqld message in the region.

"Their level of understanding and enthusiasm for agriculture and agritourism, and recognition of the important role they play in Queensland's economy was really encouraging.

"There's a lot happening in this space and DAF is clearly wanting to encourage farmers to think outside the square in terms of product markets and new opportunities."

Mr Furner was accompanied by Bob Gee from the Department of Agriculture and Fisheries.

A spokesman for the minister said he was there to discuss the Palaszczuk government's $2 million commitment to growing agri-tourism as part of the Queensland's economic recovery from COVID-19.

"The Minister has been visiting key producers across the Scenic Rim this week including beekeepers, cheesemakers and winemakers," the spokesman said.