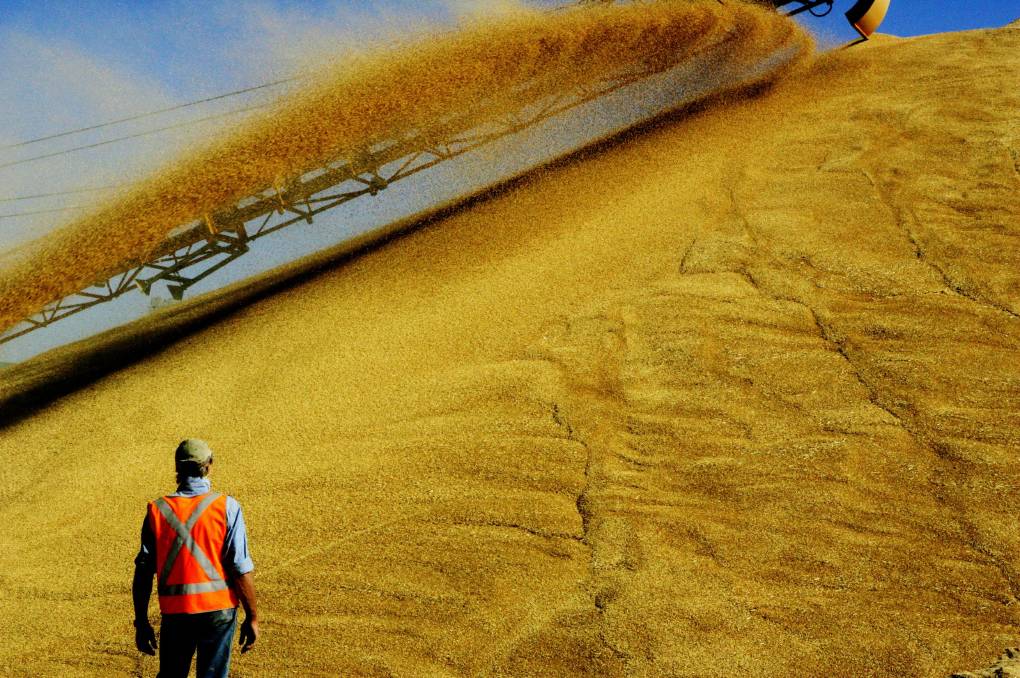 There are concerns global trading partners will impose a carbon tax on Australian agricultural exporters if the government remains ambivalent towards a meaningful net-zero emissions target.

THERE are concerns the nation's global trading partners will impose a carbon tax on Australian agricultural exporters if the government remains ambivalent towards a meaningful net-zero emissions target.

Two of the world's biggest trading powers, the European Union and the United States, are strongly considering carbon border taxes, which would involve a tariff on imports from nations without a price on carbon.

The tax would be proportional to the amount of carbon in the imports, and the relative difference in carbon price between EU or US and the exporting country. This type of "border-adjustment tax" has been proposed as a way to protect domestic industries from being undercut by imports from other countries without a price on carbon.

Prime Minister Scott Morrison has recently softened his language towards a carbon neutral target, declaring he wanted Australia to get to net zero emissions "as soon as possible" and "preferably by 2050", which suggests he may adopt it as an official policy.

However, a carbon neutral target still faces resistance from prominent Nationals politicians, despite recent evidence in a parliamentary inquiry that without a meaningful emissions reduction target, it could affect the market access of agricultural exporters.

"The worst case scenario, which is by no means remote, is that other countries will treat us as an unfair trader and impose border taxes on exports," Prof Quiggin said.

"The Biden administration has already spoken about doing that - I think they had China in mind, but clearly a policy like that may well be applied in a neutral fashion. We would be most vulnerable to that kind of policy.

"If we remain of the view that we won't take any action that might cost us anything, I think other countries will impose those costs upon us."

Australia is in the process of negotiating a free-trade agreement with the EU and carbon border taxes could become a sticking point.

"We want to ensure that engagement on climate change and meeting emissions reduction targets is done in a way that is constructive for global free trade and investment relationships between nations," Mr Tehan said.

The ag industry is well aware of the threat carbon border taxes pose to the sector and has adopted official targets, in part to show trading partners it is trending towards carbon neutrality.

The Meat and Livestock Association has an industry target to be carbon neutral by 2030 and the National Farmers' Federation has backed an economy-wide target of 2050, provided there are no adverse impacts on farm businesses.

NFF chief executive Tony Mahar said the 2050 target recognised the likely market access risks farm exports would face if the sector could not demonstrate a "proactive and impactful approach to lowering emissions".

Agriculture Minister David Littleproud was asked if he was concerned about the impact carbon border taxes would have on agricultural exports.

The deputy Nationals leader said he'd spoken with the EU's agriculture commissioner on Tuesday and had it made clear that "it wouldn't be appropriate to have a one-size-fits-all approach to the environment".

"The environmental and agricultural production systems in Europe are far different to Australia, we have a different ecosystem that is far more fragile and diverse than what they do in Europe," Mr Littleproud said.

However, Mr Littleproud later clarified the focus of the discussion was "sustainable agriculture production" and the EU's carbon border tax plan had not been discussed.

The deputy Nationals leader - who once labelled the NFF's 2050 target as a fictional journey - was more cautious about an official carbon neutral policy than the Prime Minister.

Mr Littleproud said the government wouldn't make a commitment until it had "got the facts, and we don't have all of them yet".

"People are sick of platitudes and politicians talking about big aspirations, but no way getting there," Mr Littleproud said.

Prof Quiggin said one way or another, global forces and international markets would force change upon Australia.

"So we might find ourselves in quite a difficult position and making a rapid adjustment in short order, unless we move fast now," he said.

"For example we don't have any plan to transition to electric vehicles, but General Motors has just announced they won't be selling any petrol vehicles after 2035. A number of our trading partners have similar policies."