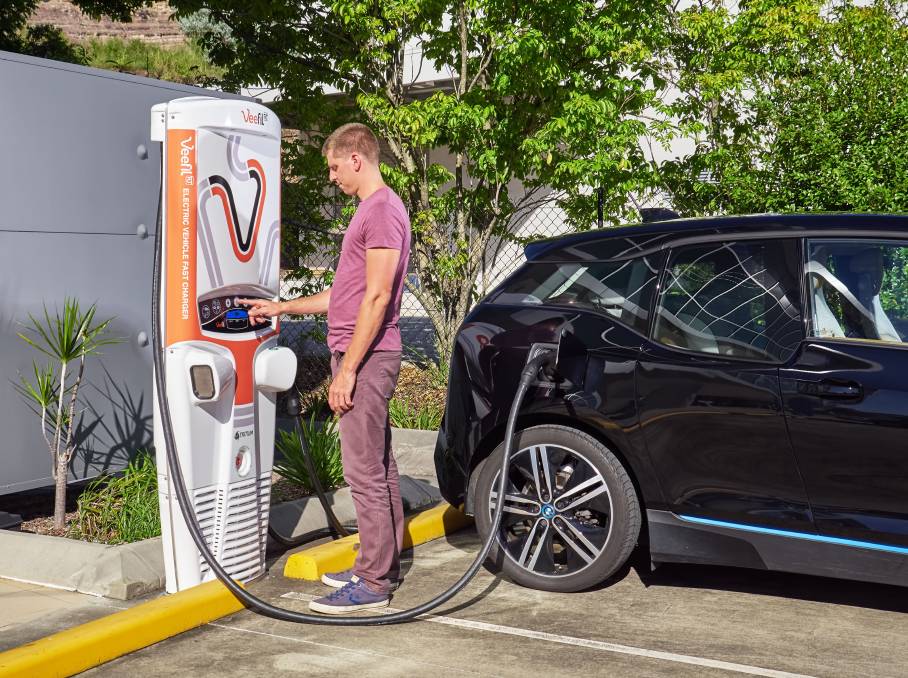 FILL 'ER UP: A major switch to electric vehicles will need a hefty increase in the number of charge stations around the country.

The global rush to electric passenger cars has become a stampede with US vehicle manufacturing giant General Motors the latest to announce the phasing out of petrol- and diesel-powered cars.

GM CEO and chairman Mary Barra said the company would stop making fossil-fuel light duty vehicles by 2035 when she outlined the company's global plan to become carbon neutral by 2040.

"To reach its goals GM plans to decarbonise its portfolio by transitioning to battery-electric (EV) vehicles or other zero-emissions vehicle technology, sourcing renewable energy and leveraging minimal offsets or credits," she said.

GM will offer 30 all-electric models globally by the middle of this decade and 40pc of the company's US models offered will be EVs by the end of 2025.

As well, the company will invest $US27 billion into electric and autonomous vehicles in the next five years, up from the $US20 billion planned before the onset of the COVID-19 pandemic, Ms Barra said.

At the centre of GM's strategy is the Ultium battery platform which powers everything from mass-market to high-performance vehicles.

Norway is running well ahead of the pack in the race to emissions-free vehicles and is aiming to end the sale of new petrol and diesel cars by 2025.

Last year sales of electric vehicles in Norway overtook those of fossil-fuel vehicles for the first time by grabbing a 54.3pc market share.

Great Britain intends to ban sales of new petrol, diesel and hybrid cars by 2030 while the US states of California and New Jersey will require all new passenger vehicles to be zero-emissions by 2035.

In the European Union the list of countries with plans or proposed plans to ban sales of new fossil-fuel cars include Denmark, Iceland, Ireland, Holland, Sweden, Slovenia (all 2030), Scotland (2032) and France and Spain (2040).

Japan wants to have all new vehicle sales either electric or hybrid by the mid-2030s.

India is also pushing down the EV track while China is aiming to have all its new car sales "eco-friendly" by 2030.

Major global manufacturers like Volkswagen and Toyota are now heavily committed to EVs.

They are no doubt responding to the runaway success of US-based electric car maker Tesla which has become the darling of investors and is now worth around $A1 trillion.

Meanwhile Australia, which now relies on vehicle imports after shutting down local production, has not set a national target date for a switch to sales of new zero-emissions cars but some of the states are planning to tax them to make up for lost revenue from fuel excises.

The Victorian Government has proposed a tax of 2.5 cents per kilometre from July 1 while South Australia and NSW are considering similar slugs.

However, a new survey has revealed almost half Victoria's voters would prefer to buy an electric car and even more support the introduction of government subsidies.

Almost 80pc of the 2000 people polled agreed it was important for the government to encourage the take up of electric and non-polluting vehicles.

And almost two thirds said they would like to see cash incentives rolled out to make electric vehicles more affordable.