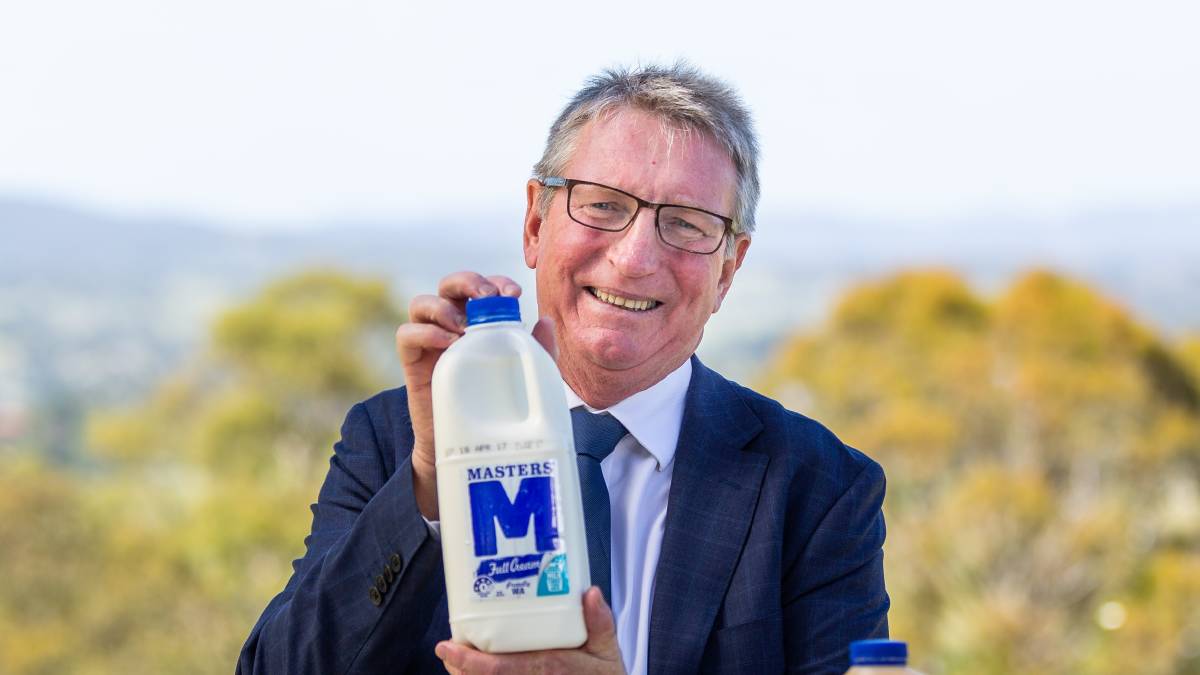 The 19 are what is left of Lion Dairy & Drinks' 29 suppliers after Coles decided to buy milk direct off farmers in WA from October 1 for its Coles brand full cream and hilo milks and advertised for farmer suppliers, later signing up 10.

Bega inherited the 19 suppliers as part of its $534 million takeover of Lion Dairy & Drinks, which it successfully completed last week.

The 19 are understood to have existing Dairy Code compliant supply agreements that are due to expire in August.

"Bega Cheese has a deep history in the co-operative movement and highly values its relationships with dairy farmers, both existing and new," Mr Irvin said.

"Bega Cheese is looking forward to working with our dairy farmers - current arrangements will be honoured and we will be having further discussions in the coming months."

Mr Irvin has said amalgamation of the operations of two of the top four dairy companies in Australia would take some "bedding down", but he has not yet indicated whether changes to the product range produced at Bega's Bentley, WA, factory are likely.

The former Lion plant, which was upgraded over three years from 2016 at a cost of $42m, produces Masters brand white milks, iced coffee and flavoured milk drinks, as well as Dare and Farmers Union brand iced coffee and Pura cream.

It also makes yoghurts under licence.

As previously reported, Bega Cheese famously bought Vegemite back into Australian ownership in 2017 and has since added peanut butter spreads, peanuts, honey, mayonnaise and other condiments to its product lines.

It has produced cheeses for 120 years.

The takeover of Lion Dairy & Drinks will boost Bega's annual milk intake by 75 per cent to 1.7 billion litres, from suppliers in six States.

Bega's annual revenue is expected to more than double to $3 billion.

For WA dairy farmers who stuck with Lion Dairy & Drinks as suppliers over the past three years, last week's announcement by Mr Irvin - who has guided Bega Cheese from a small regional processor in 2000 to the largest dairy processor in Australia with the biggest cold chain network, including 13 distribution centres around WA - should bring some certainty.

It was widely known within the dairy industry that Lion Dairy & Drinks' former owner Kirin had been seeking a buyer for the business for some time before China Mengniu Dairy Company announced in late 2019 it would buy it for $600m.

But uncertainty about whether China Mengniu would get approval - Federal Treasurer Josh Frydenberg finally rejected the deal in August claiming it was "contrary to the national interest" - saw a couple of Lion suppliers move to Brownes Dairy when the opportunity arose.

The supplier exodus ramped up after Coles announced in May it would not pick up a contract option of a further five years of a supply and package agreement with Lion.

Instead, Coles negotiated a toll arrangement which Bega has also inherited.

Coles now buys milk from its 10 dairy farmer suppliers and Bega's Bentley factory processes it and packages it as Coles brand milks for Coles supermarkets.