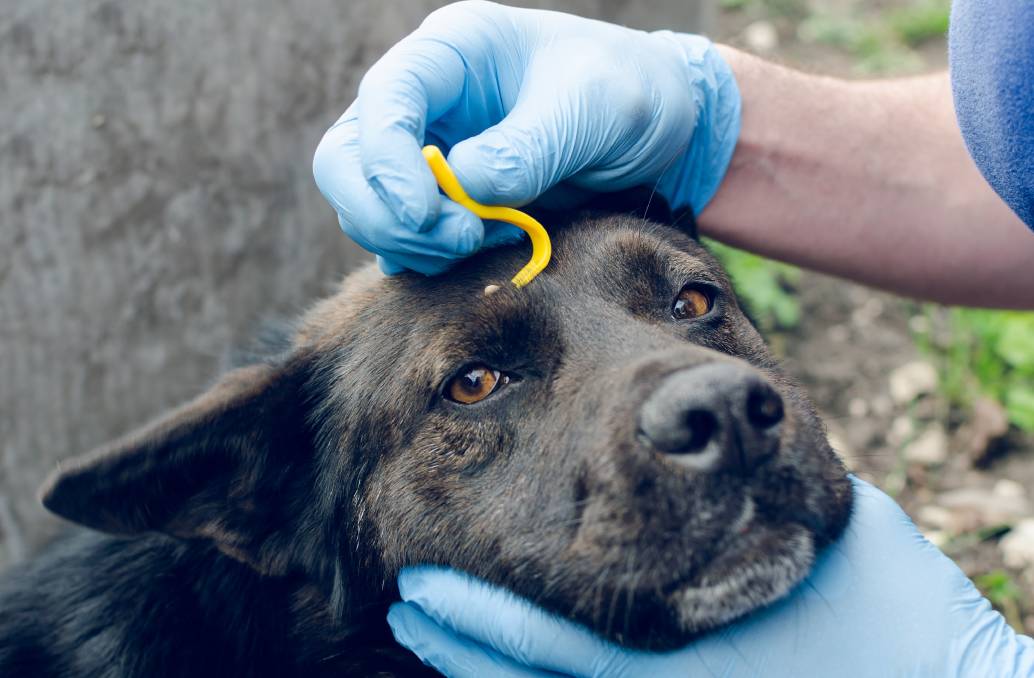 SPREADING FAST: Dog owners across Australia are being advised to check their dogs for ticks and maintain a tick control program.

The killer dog disease ehrlichiosis has been found in New South Wales for the first time.

The killer dog disease ehrlichiosis has been found in New South Wales for the first time.

The disease, which often proves fatal for dogs, was found in dogs brought into the state from the Northern Territory where it has spread fast.

Ehrlichiosis (E. Canis) is spread by the common brown tick with infected ticks discovered recently in South Australia as well.

It was first found in Australia only last year and has already killed hundreds of dogs across the top of Western Australia and the Northern Territory.

There have been some national biosecurity moves to close borders to dog movement but that response remains under investigation.

The bacteria ehrlichia canis was first detected at Halls Creek and Kununurra in the WA back in May and was then found in Katherine NT in June.

Experts believe there is no stopping the spread of ehrlichiosis right across the Australian mainland because of the presence of the necessary vector, the tick, in all states and territories.

NSW Department of Primary Industries is today advising dog owners to be alert, not alarmed, after the unwanted find.

Acting NSW chief veterinary officer, Paul Freeman, said the disease is spread by the tick and it cannot be passed directly from dog to dog.

"If dogs are being treated and/or have tick prevention then the risk of spread is very low," Mr Freeman said.

"Ehrlichiosis has not been detected in any NSW origin dogs but several dogs which were brought into NSW from the NT were diagnosed as positive to ehrlichiosisand are undergoing veterinary treatment."

NSW DPI said it was focusing on raising awareness and the education of pet owners, vets and shelters to ensure they are aware of the clinical signs and actions required.

The department supports the testing of dogs and provides technical advice.

"NSW has a surveillance plan which includes testing dogs with clinical signs consistent with E. Canis and targeted surveillance, including retrospectively testing historical samples. To date, results from all these tests have been negative," said Mr Freeman.

"People moving or bringing dogs from interstate or adopting rescue dogs should ask questions about where the animals came from and what tick prevention they have.

"Every person bringing dogs into NSW has a general biosecurity duty to ensure as far as is reasonably practicable the biosecurity risk of bringing E. canis into NSW is prevented, eliminated or minimised."

Dogs which have been diagnosed and are undergoing veterinary treatment for ehrlichiosis do not pose a health risk in transferring the disease to other dogs.

Infection with E. canis is a notifiable disease in Australia. If you suspect ehrlichiosis in any dog in NSW, call the Emergency Animal Disease hotline on 1800 675 888.

Dog owners are advised to maintain an effective tick control program and avoid taking dogs into tick-infested areas where possible.