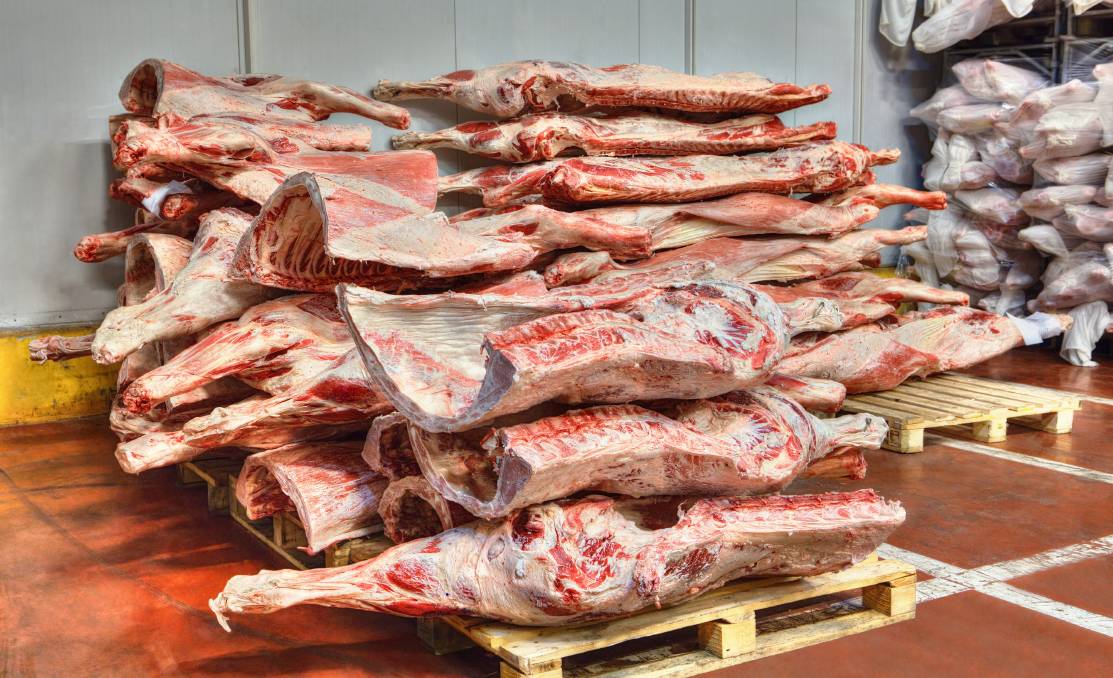 SLUMP: The low January tonnage this year is not without precedent but the year-to-year comparison is nevertheless quite startling. The difference on January last year is almost 30,000t, a drop of 37pc.

Ken Wilcock notes that delayed starts and short weeks due to tight supply of slaughter cattle have resulted in a sharp drop in exports.

DELAYED starts and short weeks due to continuing tight supply of slaughter cattle resulted in the second-lowest January beef export volume in the past 10 years.

In each of these years the reason has been the same; cattle withheld to rebuild herds or maximise weight gain on the back of good seasonal conditions.

2012 was the last of a three-year La Nina run which saw percentage of females in the kill fall to an astonishingly low average for the year of 43.6 per cent.

The wet winter of 2016 preceded a muddling sort of year in 2017 when the herd was really in neither rebuild nor liquidation mode with female percentage of kill fluctuating between 45 and 48pc.

Unfortunately due to a pull back in service to agriculture by ABS, there is no longer any monthly data on livestock slaughter and meat production and the quarterly figures compiled instead are very slow in delivery.

Final quarter 2020 has yet to be released but with third-quarter female kill percentage averaging 53 after a 57 high point in May, the final quarter could be expected to average under 50pc with December perhaps down to around 45-46pc and falling.

Going forward in 2021 there is every indication that supply of female cattle will remain particularly tight so it should not surprise if the kill percentage fairly quickly falls to the very low levels seen in 2011-12.

As indicated, the low January tonnage this year is not without precedent but the year-to-year comparison is nevertheless quite startling.

With lack of cows being a crucial factor in the overall supply picture, it is not surprising that major lean-beef customer, the United States, is hugely affected.

It is also the case that variation on same month last year is greater than the actual volume exported with the result being a 55pc fall in tonnage.

Strengthening of the Australian dollar in December and January no doubt played a part in the weak export result but the dollar now seems to have peaked on January 7 at a touch over US78 cents.

With latest quote at US76.7 it has a long way to go to reach the US66 cent range where it traded this week last year but the slight easing has influenced Steiner to believe that there will be some improvement on the January result to the US albeit limited by overall product availability.

Interestingly Steiner's latest report includes a forecast of just 170,000t of beef from Australia to the US in 2021.

Going forward in 2021 there is every indication that supply of female cattle will remain particularly tight so it should not surprise if the kill percentage fairly quickly falls to the very low levels seen in 2011-12.

While that represents a fall of around 20pc on last year it may be a pretty canny guess as the records tell us that only 167,000t were exported in 2011 at the height of Australia's last major herd rebuilding phase.

The resultant 40,000t shortfall from Australia is expected to be made up largely from Brazil and Argentina who are both virtually coming off a zero base while New Zealand also is expected to make some gains.

China is the other player to record a massive variation on same period last year.

Perhaps there is no real surprise in this, however, as most of the drop in trade with China occurred June to September last year.

From a low point of 10,000t, trade then steadily rose to 15,000t in December with the increases in the latter months probably aligned to Chinese New Year requirements whose celebrations officially begin on Friday this week.

The December/January variation in China's case is likely affected by seasonal buying pattern as well as the usual drop in Australian production from Christmas plant closures.

Japan was the largest volume market in January at 12,541t but this was still 31pc lower than same month last year.

Korea, on the other hand, showed little departure from usual January volumes.

IT has been noticeable in the past week that the season is now turning in a number of places and that is bringing a few more cattle forward.

Lakes Creek at Rockhampton recommences this Friday with indication of full-week kills albeit on reduced numbers.

Similarly Dinmore and Nerimbera are doing five days and while no one is making money it is keeping a workforce together.

Unfortunately that is what it has come down to with the extraordinarily high price of cattle.

A processor told me this week that in Australian dollar terms a bullock is around $730 more expensive here than in the US and that is before killing and operating costs.

Buyers in the premium markets of Japan and Korea are reported to be pushing back against the price of Australian beef saying they just cannot pay.

For those operators who have been doing grainfed program beef into these markets for 30-40 years the prospect of seeing hard-won business slipping away does not sit well.

Southern and central Queensland grids are now showing 600-620 for heavy cows with 4-tooth ox unchanged at 690.

In the southern states, public grids at Wagga and Naracoorte had cows unchanged at 590 while ox stepped up by 10c to 655c.

At the heavier end of the feeder market, Black Angus are showing 465c in the north and 470 in the south.