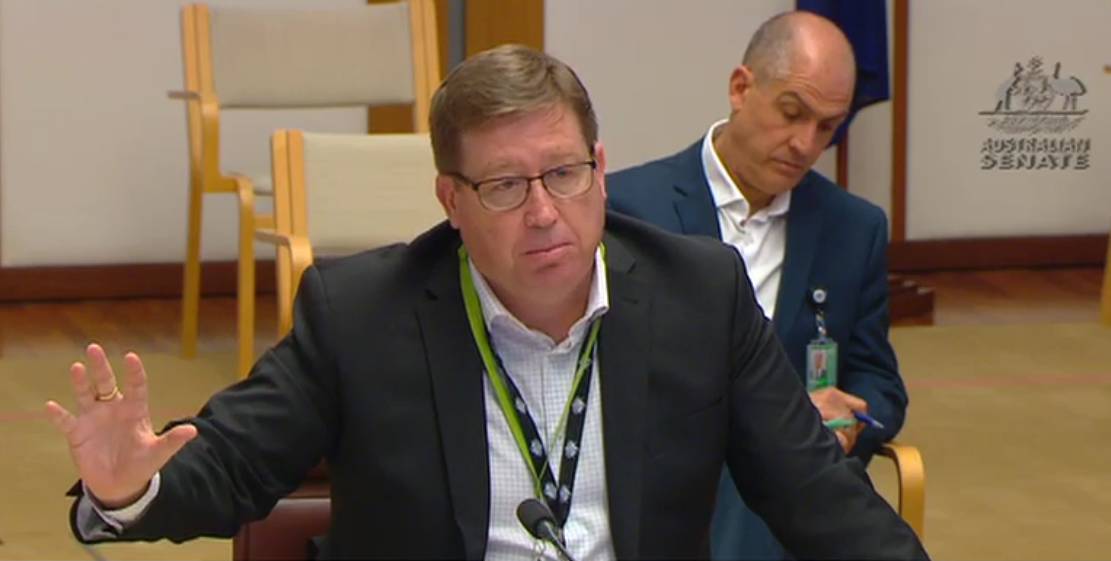 QUESTIONS: As a politician, Troy Grant criticised the Murray Darling Basin Plan, which he is now in charge of enforcing.

As a politician, Troy Grant criticised the very plan he is now in charge of enforcing independently.

THE Murray-Darling Basin's new top cop has been forced to defend his ability to remain an independent arbitrator, following previous criticism of the plan as a NSW politician.

A parliamentary committee grilled Interim Inspector-General Troy Grant about comments he made as the Nationals MP for Dubbo, questioning elements of the Murray-Darling Basin Plan that he is now in charge of enforcing.

The government is drafting legislation that would split the Murray-Darling Basin Authority in half and establish a new independent compliance agency, which Mr Grant will lead.

Committee member and independent Senator Rex Patrick said there would be people in the basin who remember his previous comments, "which is why they must be addressed".

"These are thoughts and issues in the minds of my constituents," Senator Patrick said.

The senator drew specific attention to a statement in 2012, where Mr Grant suggested recovering 2100 gigalitres would deliver the same results as the 2750GL target mandated by the plan.

"Do you accept that the plan has 2750GL and an additional 450GL [to recover], and that is what must be implemented?" Senator Patrick asked.

Mr Grant defended himself, saying he was representing the views of his electorate at the time.

"I am no longer a policy setter, I'm no longer in parliament, my job is not to dictate or debate the policy," Mr Grant said.

"My job is to get compliance and to build confidence with whatever the Commonwealth and states arrive at together, within the plan."

Senator Rex also questioned Mr Grant about an allegation made in the Matthew's inquiry that one of his staffer allowed pumping to occur during an embargo.

However, Mr Grant said the information provided to investigators at the time was wrong and none of his staff members had been involved with the issue, which was reiterated in the investigation's findings.

"If there are any questions of my integrity, you're welcome to raise them, but you better come with some proof," Mr Grant said.

Mr Grant said everything he did in the role would be transparent and he intended to publish his meeting diaries.

"There's a lack of faith in the communications that are coming out of the various groups, whether it's the MDBA, Environmental Water Holder or the state regulators," he said.

Mr Grant said his goal was to restore faith, transparency and confidence in the plan.

"When decisions are made, bodies are not explaining why," he said.

Mr Grant served as the NSW Parliamentary Secretary for Natural Resources between 2011 and 2014, and said many of the issues he encountered still existed.

"It's frustrating for everyone involved - I feel optimistic in this role to finally address and get some outcomes for those many still-outstanding issues," he said.

Mr Grant, like his predecessor Mick Keelty, served as a police officer for more than two decades.

Mr Grant served as the Dubbo MP for eight years and was the leader of the NSW Nationals and Deputy Premier for two years, however he left the party in 2020.

The government has the legislation to split the MDBA ear marked to be introduced to parliament by the end of the Autumn sitting in April.