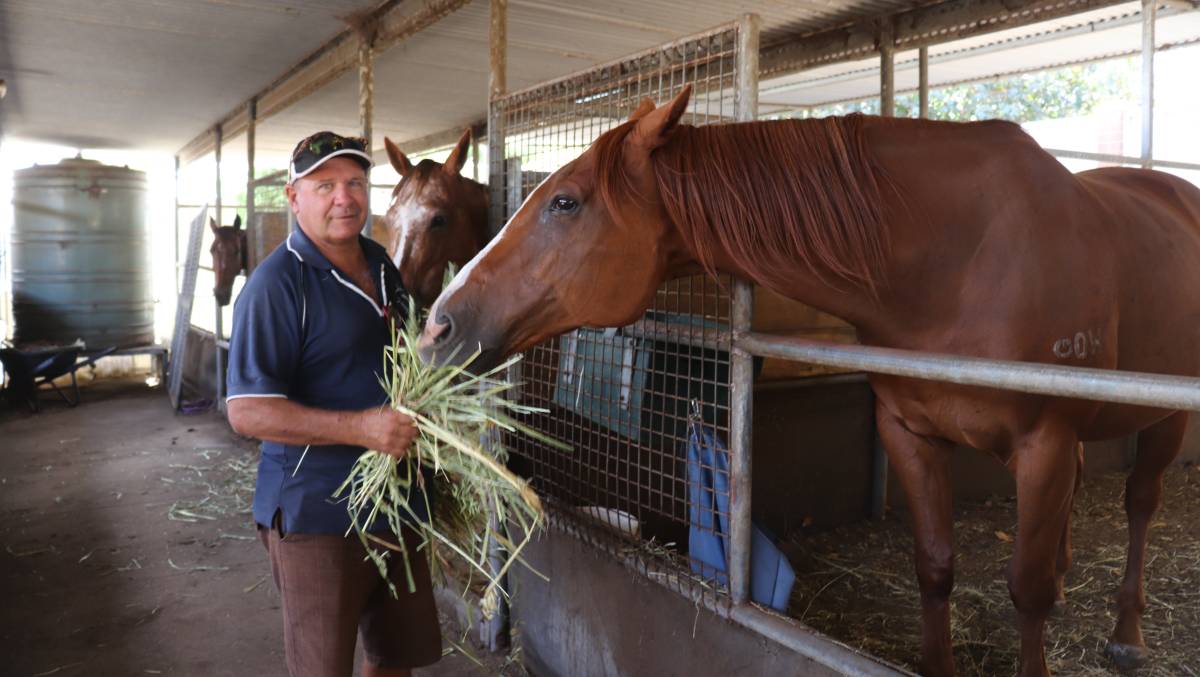 IAN Glading's phone has not stopped ringing since Monday night of last week.

A former racehorse trainer for 20 years, Mr Glading now runs a racing stables in Ascot, and voluntarily took on co-ordinating the temporary rehoming of more than 100 horses from the area affected by the Wooroloo bushfire.

With partner Maxine Barron, Mandurah, they are also co-ordinating and helping deliver donated hay, chaff, pellets, boxes of apples and bags of carrots to people caring for evacuated horses.

"Monday night they were evacuating horses out of the fire area and I put the call out because we had 15 vacant stalls here and it sort of snowballed from there," Mr Glading said last Friday.

"They ended up evacuating hundreds of horses," he said.

"About 100 of them came through here, we had them three to a stall at one stage, but now we've got them stabled all over Ascot, at Orange Grove Pony Club, Claremont (at the Claremont Therapeutic Riding Centre), at Byford - they are all over the place, people have got them in their backyards.

"I've been co-ordinating the placing of the horses and the feed, basically because it's easier for people with one point of contact - it's just ring Ian.

"In some cases people just saw the paddocks burning and grabbed the horses out and got them out of there.

"The ones I've seen here have all been OK. Ascot stables owner Ian Glading with M'liss Henry, Monika Magalengo and Hannah Jones from Claremont Therapeutic Riding Centre who were collecting feed for 10 horses being looked after at the centre.

"We've had all sorts come through - I had a Clydesdale in here that came from a property with three miniature ponies - there's been Arabs, paints, kids' ponies, ex-racehorses, everything.

"PetStock in Belmont and Mandurah Stock Feeds have been accepting donations from the public and providing me with what I want to feed the horses.

"At Mandurah, Jason O'Brien has been adding 20 per cent to the donations - if we order 100 bales of hay he's adding another 20.

"A lot of stock feed companies have chipped in too.

"At one point during the week this whole street (Thompson Street) was full of horse trucks, double floats and feed trucks, with me in the middle trying to co-ordinate it.

"There's also a whole crew of volunteers going around looking after the horses, exercising them and cleaning up their stalls.

"It might be a year or longer before they go home, depending on the insurance situation," Mr Glading said.

While Farm Weekly was at Mr Glading's racing stables, founder and head coach of the Claremont Therapeutic Riding Centre, M'liss Henry, called in with two helpers to collect a float load of donated feed for 10 horses staying at the centre with their owners.

The horses and owners were from Millendon in the Swan Valley and the Shady Hills Estate near Bullsbrook, Ms Henry said.