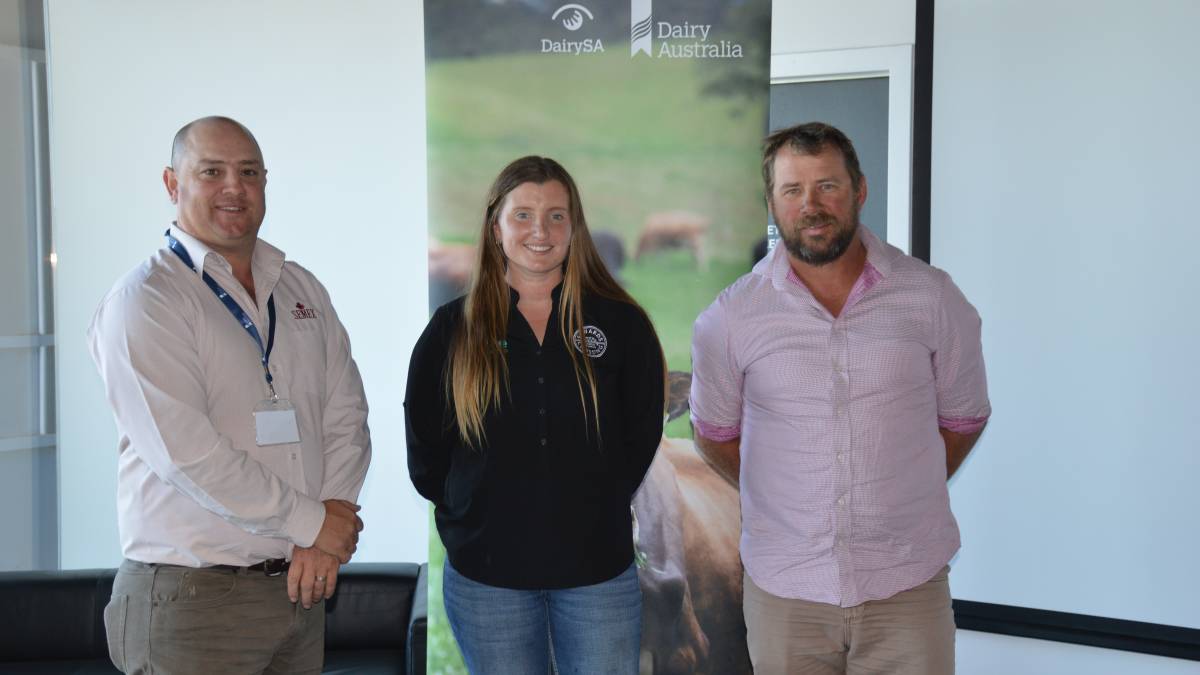 A CAREER path is not always a straight trajectory from A to B, but those challenges and setbacks can be what helps create success.

A CAREER path is not always a straight trajectory from A to B, but those challenges and setbacks can be what helps create success.

Those were among the messages shared at the DairySA Young Dairy Network forum last week, when three people shared their experiences in the industry with those getting started.

Mr Hicks, whose first introduction to the industry was through helping out on friend's farms, before his parents bought their own dairy when he was 18, said a career in the industry had not necessarily occurred to him when he was young.

"My career at 16 definitely was not dairy," he said.

But once he had a taste for the lifestyle, he began managing on other local dairy farms before approaching his parents about leasing their farm.

In 2014, he and his wife Kelly formed a partnership with fellow dairyfarmer Warren Jacobs, with the operation milking more than 700 cows across the two properties, on a mix of owned and leased land.

Mr Johnston also grew up on a dairy farm, and always had an interest in genetics.

He was among those that went off-farm to learn more skills, with plans to return to the family farm.

While the return to the farm did not eventuate, Mr Johnston said he has found a lot of chances to grow with his career.

"The opportunities with Semex are very good and I've always loved travel and people," he said.

Ms Walker also grew up on dairy farm and knew at a young age that working with animals would be in future.

A few years ago she had plans with her fiancee, Matt Campbell, to run a calf-rearing business on the Fleurieu Peninsula but within a few months, that had fallen through.

But she is philosophical about the impact that had.

"Rock bottom will teach you things that mountain tops never will," she said.

"Anything that happens isn't necessarily bad, it's how you respond to it."

We're on the edge of some massive (innovations) with both plants and animals. - PERRIN HICKS

Instead, they decided to embrace a new challenge and, after seeing a post on Facebook, moved halfway across the world to a dairy farm in Wisconsin, United States.

"I didn't know what the job would be," Ms Walker said.

"I ended up as herd manager for a 1000 cows far, which is three times what I was used to."

As well as being in a new country and a new role, Ms Walker also had to deal with a language barrier with the staff she was meant to manage - she says she relied on Google translate a lot.

Ms Walker said she has learned a lot about herself through embracing these challenges.

She says she tries to "push myself to feel uncomfortable", such as making the phone call she might otherwise put off.

"If you force yourself to do it, it'll be easier the next time," she said.

Anything that happens isn't necessarily bad, it's how you respond to it. - STEPH WALKER

Mr Hicks said some advice he learned at a previous industry day was to write down any plans and ideas.

When his wife got sick of loose sheets of paper, she bought him a bound, A4 book, where they have both written down their plans for the future.

"I re-read it a lot and I never got a couple of months without writing something in the book," he said.

Mr Johnston says among his regular habits was setting the alarm for 5am every day, even on weekends.

While weekdays are spent working in his usual job, on the weekends, he is able to get out and spend time with his beef cattle herd. 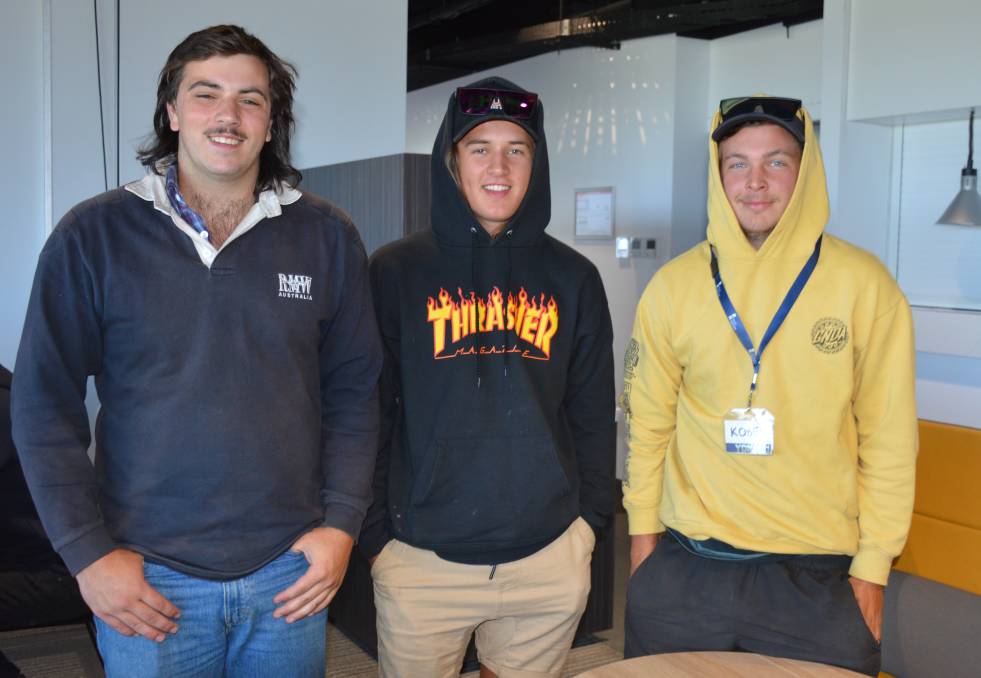 Mr Johnston also finds he works best through lists - writing down what needs to be done and prioritising the tasks.

He said he has found mentors in a number of places, and some may not have even been aware they were in that role.

"If you watch people that are successful, you can usually learn from them," he said.

Mr Johnston said a good attitude to keep through life was to keep in mind that you are always a student.

"I didn't like school but I do enjoy learning on the job," he said.

He said it was important to keep up with changes in an industry that was quickly evolving, and accept that the changes were happening.

Mr Hicks agreed that this was a time of change, something he considered exciting.

But through COVID we realised how important agriculture is to society and how good we've got it. - VAUGHN JOHNSTON

"There is that much technology kicking around, just grasp it," he said.

"We're on the edge of some massive (innovations) with both plants and animals."

Mr Johnston said through his career he has gotten to see a lot of the world, including trips to Israel, Canada, the United States and New Zealand.

"It's a global industry and it has great people all over," he said.

He said there had been some interesting times in the industry lately, between the drought and COVID-19.

"But through COVID we realised how important agriculture is to society and how good we've got it," he said.

Ms Walker said one extra lesson she gained from her time in the US was a list from her former employer, which she regularly re-reads.

Among the advice is that being a leader provides strength, the importance of good boundaries and balance, as well as the more practical idea to focus on looking for 5 per cent improvements across a number of areas, as that is easier to achieve than a large improvement in one area.

"Your life path should be what makes you happy and fulfilled," she said.