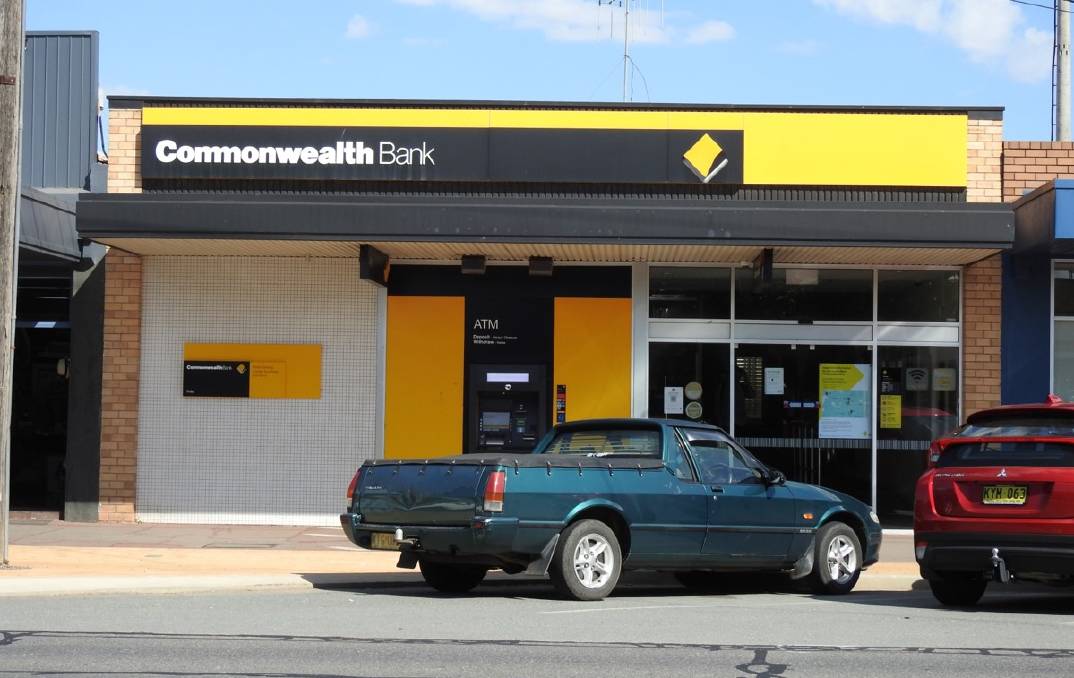 BRANCH GONE: The Finley branch in the Riverina is also set to close on April 23. Picture: Sharon McLean,

Many Australian country towns will never look the same after the pandemic passes, even if they had no actual cases of COVID-19.

Many Australian country towns will never look the same after the pandemic passes, even if they had no actual cases of COVID-19.

Coronavirus is being blamed for wiping out many bank branches across the country.

Two of the big four banks have announced a wave of closures, mostly impacting on small country towns where the banks say their services are little used.

Commonwealth Bank has chosen April 23 for the closure of several country bank branches.

NAB retail customer executive Nicholas Faulkner said the bank will close Murgon, Bargara and Gordonvale in Queensland, Dorrigo and Blayney in NSW plus Balmoral and Cobden in Victoria.

The decision means the Cobden bank will close it doors on April 29 after 130 years of banking.

Customers are being directed to either the town's Australia Post Office or Camperdown (12km), Timboon (18km) or Terang (17km).

Commonwealth Bank is closing Finley, in the NSW Riverina, just before the Anzac Day weekend, as will as its Rainbow branch, in the Victorian Mallee.

The Merbein branch near Mildura, which was temporarily closed in May last year to allow staff to be reassigned to call centre duties, will now be permanently closed.

ANZ and Westpac also closed many regional branches "temporarily" citing the pandemic and are also believed to be considering their options for the branches.

NAB lifted a moratorium on branch closures in January after some branches were temporarily closed and others had their hours cut.

The financial giant is closing its Finley outlet on April 23 with customers told via letters and a sign on the front window of the premises.

"Following a recent review, we made the difficult decision to permanently close the Finley branch. This branch has had a 47 per cent drop in transactions over the past five years," Mr Swift said.

Mr Swift said those after personal service could visit branches at Cobram (44km) and Deniliquin (60km).

"We've also found that over 25 per cent of customers from Finley are already visiting these nearby branches," Mr Swift said.

In the case of Merbein, a town of about 2000 people just 12km from Mildura, Commonwealth Bank regional general manager Sally Gubbin said many customers are increasingly choosing to use our online channels for their banking.

"Following a recent review, we made the difficult decision to permanently close the Merbein branch. This branch has had a 48 per cent drop in transactions over the past five years," Ms Gubbin said.

"Before the coronavirus pandemic, around two-thirds of our customers were using digital channels for their everyday banking needs, like transferring funds, making payments and checking account balances, while only six per cent of customers visited our branches for these tasks."

The banks said the pandemic had "accelerated" the shift of customers seeking help through call centres.

A Commonwealth Bank spokeswoman said: "The bank opens branches and relocates to areas where we see opportunity and customer demand, and close them where we see customer preferences continue to change in the longer term. As we said in this instance, this closure follows a recent review and is in response to changing customer demand."