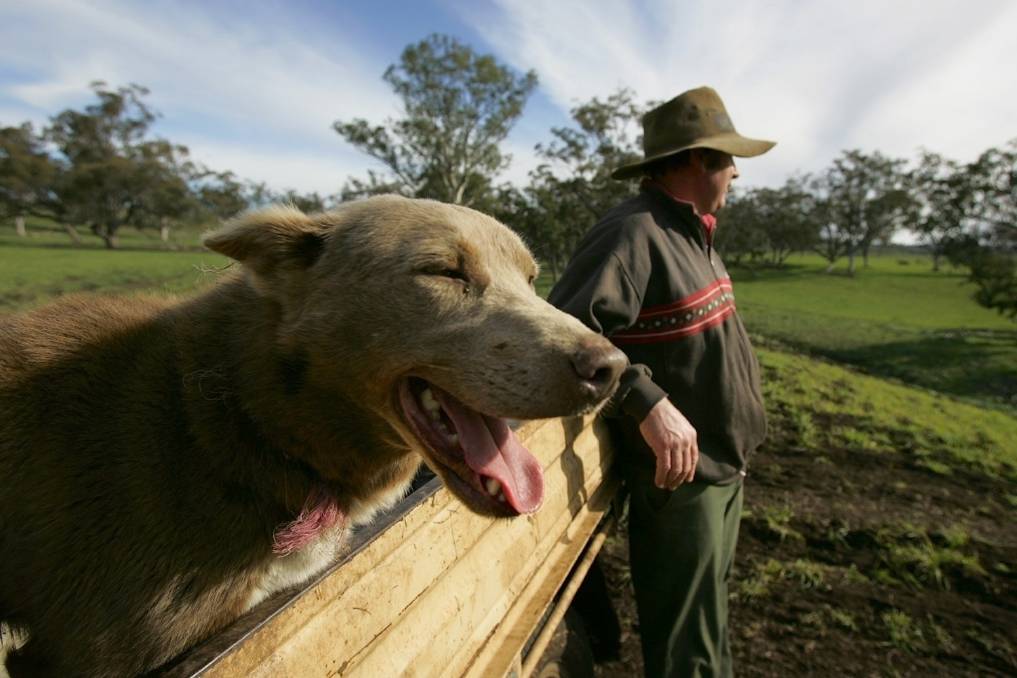 HIGH MORTALITY: The deadly dog disease ehrlichiosis has now been found in most parts of Australia.

One in 10 Australian dogs which have so far contracted the fast spreading disease ehrlichiosis have died.

One in 10 Australian dogs which have so far contracted the disease ehrlichiosis have died.

The high mortality rate was revealed in the latest statistics gathered for the national ehrlichiosis surveillance program from a total of 867 dogs which have been sampled from the Northern Territory and Western Australia.

A total of 323 of those dogs were found to be positive to the disease, or 37 per cent.

Only Victoria, ACT and Tasmania are yet to report any discovery of the disease which has spread quickly across Australia since being discovered less than a year ago.

Queensland is the latest to confirm cases of ehrlichiosis as well, from infected dogs brought in from the Northern Territory.

Three dogs from a group of five which travelled to Queensland from the Territory late last month have tested positive.

"Biosecurity Queensland is working with the owners of these dogs to ensure they receive the appropriate care, including veterinary assessment, treatment, and the implementation of an effective tick control program," a department spokesman said.

There are still no plans to establish any border controls for dogs, as was originally discussed by national biosecurity officials.

Some experts say it is probably already too late, and would likely be too hard to enforce.

NSW has also treated dogs from the Territory infected with the disease.

Brown ticks, which are the carriers of the disease and not the dogs, have been found to be infected with ehrlichiosis in northern South Australia.

The hot spots for the disease are northern WA, where it was first discovered last May, and the Northern Territory where it has been responsible for the deaths of hundreds of dogs.

A Federal Agriculture Department spokesman has confirmed infected animals have been moved into NSW and Queensland "and are receiving veterinary treatment".

The spokesman said the national response is being coordinated through Animal Health Committee.

"The disease requires a tick vector and so the emphasis has been and will be on advocating for tick control to slow further spread."

Some experts are warning dog owners to be cautious at relying too heavily on chew type tick control methods, saying ticks would still have time to transmit the disease through the dog's blood.

"Some states have a general biosecurity obligation in place which prevents the movement of infected animals or the introduction of disease into a state," the spokesman said.

Western Australia has dog movement restrictions from north to south.

"People moving or bringing dogs from interstate or adopting rescue dogs should always ask questions about where the animals came from, their health status and what tick prevention they have prior to bringing them to Queensland," the Queensland department spokesman said.

Dog owners have been warned to keep their dogs out of high tick areas, like roadstop stops, or bushland areas.

"You should also inspect your dog regularly for ticks, and when travelling, try to avoid areas where ticks might be," SA chief veterinary officer Dr Mary Carr said.

Despite strict quarantine programs over many years designed to keep this disease out of Australia, no one is sure how it has got in and there is no vaccine for it.

Ehrlichiosis is a nationally notifiable disease.