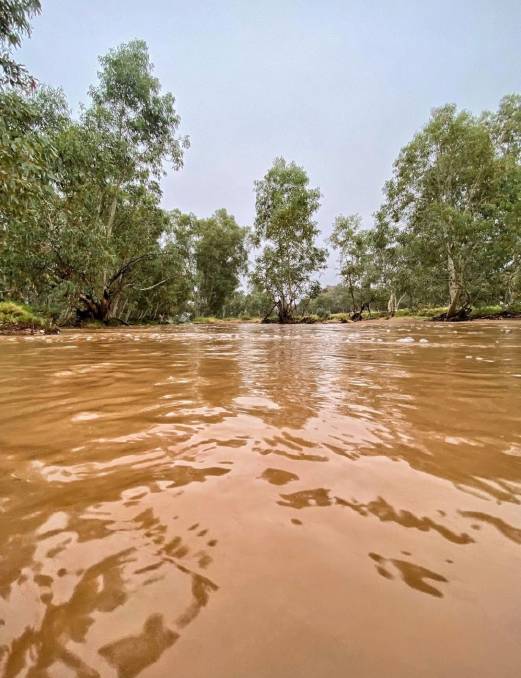 The unexpected detour of a La Nina-inspired tropical low has caused a rare sight in central Australia.

The Todd River in Alice Springs, home to the world famous dry bed yacht regatta each spring, is flowing - for now at least.

Little more than 20mm on the weekend combined with saturated catchments caused the Todd, and also nearby Ellery Creek, to flow.

"Alice Springs received 20.6mm in the 24 hours to 9am Saturday which is half of the average February rainfall for the town," the BOM spokeswoman said.

"Other areas also received unusually high rain for this time of year."

Rabbit Flat in the Tanami Desert - the hottest place in Australia - scored 55mm from the passing of the low.

The bureau said there are a number of low pressure systems likely to affect the Northern Territory this week, bringing heavy rain and potential thunderstorms to the region.

While the Todd River is unlikely to receive much more rain, there are hopes the dry Barkly will receive some.