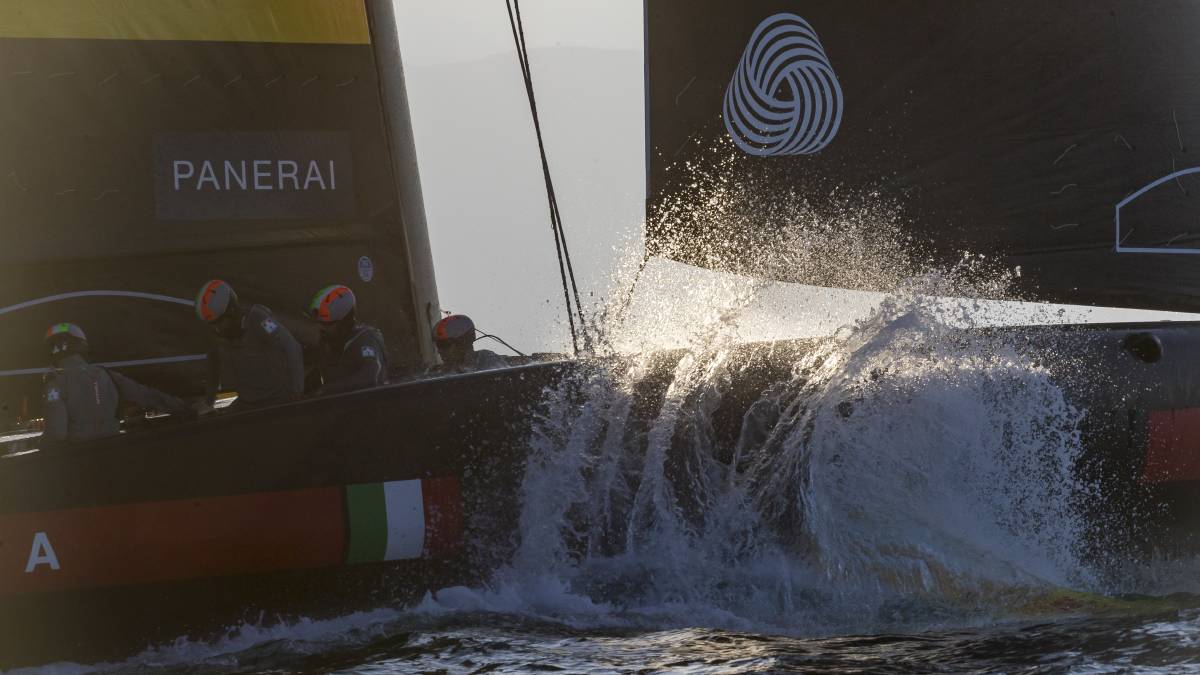 WHAT THE: An Aussie woolgrower spotted the famous Woolmark logo on the sails on an Italian entry in the America's Cup. Pictures: AWI.

Eagle-eyed fans of the America's Cup will have spotted the famous Woolmark logo on one of the competitor's sails.

Eagle-eyed fans of the America's Cup will have spotted the famous Woolmark logo on one of the competitor's sails.

One woolgrower has already questioned whether this means the craft's high-tech sail is made from wool.

But the sailors' uniforms are.

Aussie growers through Australian Wool Innovation's Woolmark is a sponsor of the Italian entry, Prada Luna Rossa, in the world's premiere sailing contest.

The Italian entry over the weekend won the challenger series against the British entry in New Zealand.

"AWI's distinctive Woolmark logo is on the sails of the Luna Rosa Prada Pirelli team and premium Australian merino wool is a key ingredient of the team's uniform on and off the water," Mr McCullough said.

"This has been a fantastic opportunity to promote Australian wool in one of the world's most famous sporting events.

"The whole objective of that partnership was to put wool in a very unexpected context and in a performance context."

The 36th Cup final between the Italians and the New Zealand team starts on March 6.

While the sails themselves are a complex, and secretive mix of all sorts of materials, it is the uniforms of the Italian sailors that Woolmark have chosen to spread the enviro-credentials of wool.

Every year 0.6-1.7 million tons of microfibres are released into the ocean.

These very tiny particles, less than 5mm in diameter, are now found throughout aquatic and terrestrial ecosystems all over the world, AWI says. Yes, that's a Woolmark logo on the woollen uniform of an Italian sailor in the America's Cup.

"The increasing use of plastic and synthetic fibres, including the clothing industry, is likely to have drastic implications on the environment."

High-performance uniforms have been designed for the Luna Rossa Prada Pirelli sailing team, created with high percentages of Merino wool.

"... a biodegradable and renewable material, with a very low impact both in its production cycle and disposal, and with extraordinary breathability and waterproof characteristics," the Italian team says.

AWI's general manager, marketing Laura Armstrong said the move to become involved in the America's Cup was led by their Italian office.

"Since that project was contracted .. we have developed more merchandise which is shoppable on Prada and of course on the other side on a brand awareness perspective we have the incredible exposure of the Woolmark logo on the team uniforms and on the sails and the whole objective of that partnership was to put wool in a very unexpected context and in a performance context. 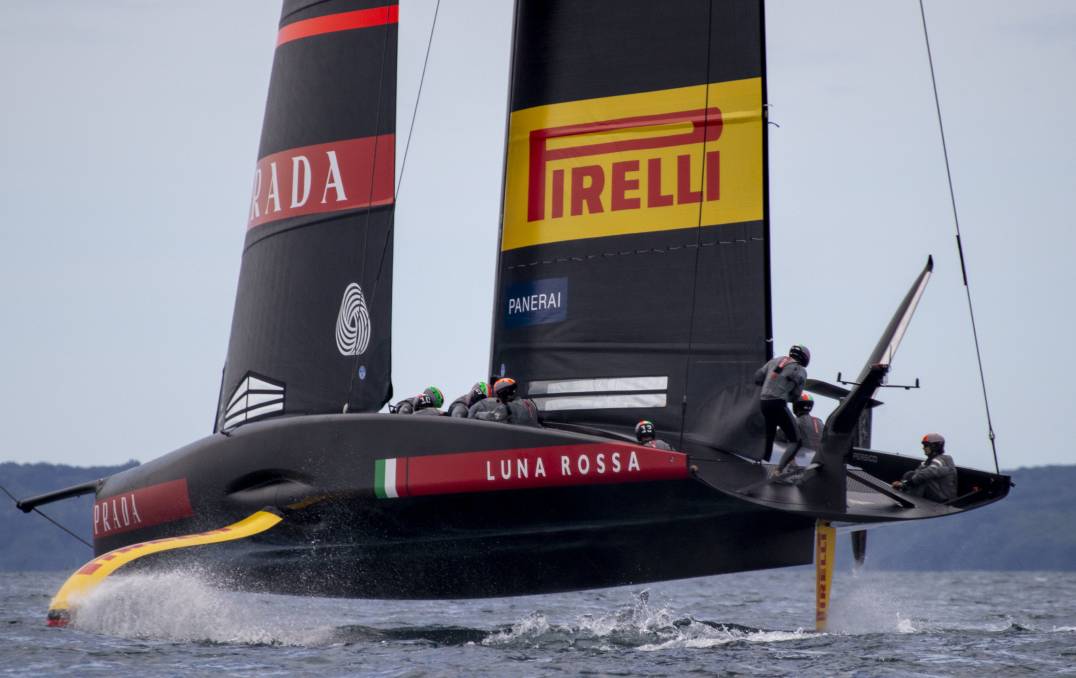 "Even the outwear which you wouldn't associate with wool we have created some pretty quirky content of the sailors standing in the shower and still having a water resistant effect," Ms Armstrong said.

"The impact of COVID has had a bit of an advantage for us because there is less sport on TV there is less public events so in terms of audience it is beating last season's benchmarks."

She said the wool industry was focusing on sustainability and its eco-credentials.

"For the upcoming autumn and winter season in Europe we are really looking forward to amplifying our green credentials."

She said the microplastic issue had received global attention.

"... 35 per cent of microplastics found in marine environments are actually from synthetic fabric and fibres so the science is there the truth is there it is about us using our platforms to get the message out there.

"It is a new movement and we are right there educating brands so I personally am very optimistic about the future of wool from an eco-credentials stand point and from a marketing stand point it makes our job so much easier - we're not actually greenwashing we are basing it all on science," Ms Armstrong said.