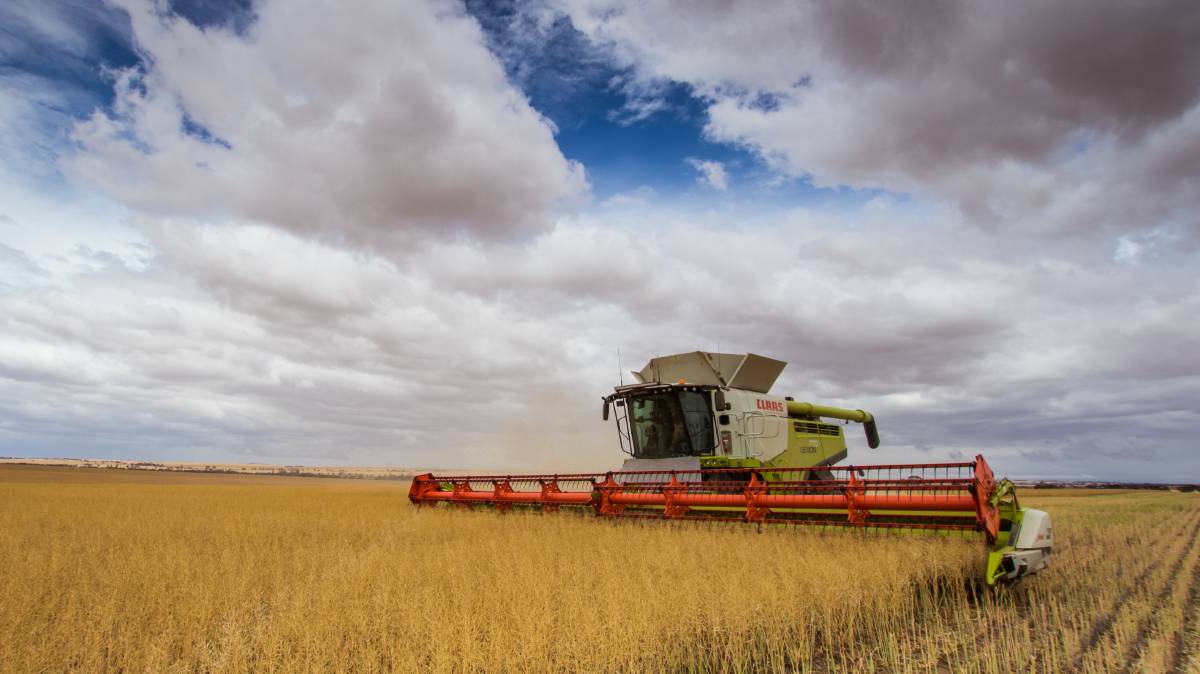 An impressive 16.6mt is the final figure of the WA harvest.

WESTERN Australian growers have managed an exceptional harvest of 16.6 million tonnes - an impressive total in any year and even more extraordinary considering the below average rainfall received in most of the grain growing regions.

Minimal heat shock in the spring, timing of rainfall received, significantly less frost in the southern regions and the lack of waterlogging in the coastal regions combined to produce water use efficiencies in millimetres of rain per kilogram of grain production of nearly double the norm.

"Cereal screenings were high in some cases particularly for barley and there were some falling numbers problems for wheat in the western parts of the Esperance port zone," Mr Lamond said.

"Lupin crops were a bit disappointing in the north and far south, although in the central regions grain yields were generally higher than normal."

Average barley grain yields exceeded average wheat grain yields in all zones in 2020, as it has in the past due to more wheat grown in the lower rainfall regions than barley.

Total barley area sown was down from the historical highs of the last few years, although barley continues to take area from wheat in the higher rainfall zones and in the south.

Average canola grain yields were close to the 1.52 tonnes per hectare average which was produced in 2013 and in 2020 there were about 1.1 million hectares (mh) of canola planted.

Mr Lamond said the total area planted to crop in 2020 was about 8.5mh, which was the highest area on record.

"The exodus of sheep in the southern regions of WA has seen an increasing area of arable country sown to crops and this trend looks like it will continue," he said.

"There is also an increasing area of the high rainfall zones being sown to crops driven by the drier winters we have been having, resulting in less waterlogging and this trend also looks like it will continue.

"This increased area of crops grown in WA combined with the rapid adoption of new technology has lifted WA's average total tonnage produced to a solid 15mt over the past 10 years."

Most areas of the Geraldton port zone received the same effective total rainfall in 2020 as 2019, however the major difference was the timing of rainfall.

"In 2019, most of the rain fell early in the growing season in several intense events, whereas in 2020, the rainfall was spread over the winter in 'just in time' moderate events with the final rain in early August being the last useful rain for the year," Mr Lamond said.

The rapid crop growth from the warm winter in 2020 helped crops push through their growth stages faster than normal and this helped considering the end of May break to the season.

All crops except lupins exceeded expectations in final grain yield.

"The water use efficiency of crops in the zone has been creeping up over recent years and is now about double what it was 20 years ago due to advancements in farming practices including soil amelioration, variety adaptation and more strategic crop type selection for the soil types," Mr Lamond said.

"Again, the ameliorated soils shined above the non-ameliorated soils - deep ripping, spading and liming have transformed these soils and have improved the ability of crops to access moisture deep in the profile in spring in these northern environments."

In Kwinana North Midlands, cereal crops finished up yielding 20 to 30pc better than expected based on pre-harvest assessments.

The dry soil profile, lack of spring rain and later start meant any heat shock would cause crops to crash, but with mild spring conditions, that did not happen and yields of all crops ended up hitting or exceeding what the pre-harvest assessments suggested they would be.

Mr Lamond said in Kwinana South, soil type had a big influence on final grain yield as it did across most of WA.

"The better loam soils were well ahead of the two extremes of very light and very heavy soil," he said.

"Water use efficiencies were some of the best recorded over a large area of the zone with wheat yielding 1.4 to 1.6t/ha on 125mm to 135mm of growing season rainfall, backed up by residual moisture from falls of 50 to 60mm received over the previous summer.

For growers in the northern and eastern Kwinana zones that received good falls of summer rain, grain yields were very good for all crops.

The region had some of the best yields they have had for some time, however grain yields fell away dramatically north and east of these good areas and some growers had a year they would prefer not to remember.

The West Albany zone had an exceptional year, with the lack of waterlogging the single biggest factor on the very high grain yield achieved in the region.

Barley and canola crops returned the best paddock averages for growers ever.

"Grain yields were well above what was thought prior to harvest, in part due to the region never having had a season like 2020 since cropping took off in the region 20 or so years ago," Mr Lamond said

"The move to earlier planting using soil wetters has given growers confidence that they can get crops out of the ground on low rainfall events and due to the cooler climate, once up, crops rarely fail to survive a dry spell."

In Albany South, barley crops out yielded wheat by 0.5t/ha to 2.0t/ha.

The season-saving rain in August and lack of waterlogging was the biggest factor on the final tonnage.

There were still areas of frost in eastern parts and while nowhere near as bad as in recent years, frost still caused significant yield loss in some crops.

Mr Lamond said most growers in the Albany East region were saved by the mild finish to the season, considering the lack of growing season rainfall.

"There was a distinct cut-off at about 160mm of growing season rainfall - above this there was profit and below this a loss," he said.

"The poorer areas were around parts of Hyden, Karlgarin, Pingaring and down to Lake Grace where only 130 to 140mm of growing season rainfall fell, the better areas were closer to Kulin and further west."

The rain at the start of harvest caused a few problems with grain quality - falling numbers in wheat dropped off where there were repeated rainfall events.

"The stop-start type of season seemed to have impacted on the wheat more than the barley, which was a recurring pattern across the State," Mr Lamond said.

"The difference in barley grain yields over wheat was greater than it has been in the past, this was very evident in the areas that received less August rain.