There is nervous excitement in the Northern Territory outback town of Katherine with the return of a bountiful wet season. CLOSE LOOK: Residents on the weekend took a close look at the thrilling sight of a Top End river in flood during a good wet season but there remains risks. Picture: Roxanne Fitzgerald.

There is nervous excitement in the Northern Territory outback town of Katherine with the return of a bountiful wet season.

The river level in the town has reached heights not seen since 2017.

It has been an above average wet season right across the Top End courtesy of the La Nina weather influence, according to the Bureau of Meteorology.

Curious onlookers walked out on the century-old unused rail bridge in Katherine over the weekend to enjoy the thrill of the torrent just metres away in a spectacular Top End sight. While the bureau had issued a flood watch and upstream rain totals are being watched, it is not expected to flood.

Long-time residents of the town, which has a population of about 10,000, remain mentally scarred by the 1998 flood which almost destroyed the town.

The river overtops the banks and floods the low-lying town once it reaches over 19 metres.

The minor flood level is 16 metres.

Today it is almost there but holding steady and expected to start falling if there is no more rain.

While there is still a chance of rain in the Katherine region, falls upstream are not expected to total more than 20mm and allow the river to drop.

Since the devastation of 1998, much emergency service infrastructure like police, fire and ambulance have moved east away from the town centre but most of the town remains exposed.

Protective levee banks for the town have been debated for years but no actual work has started.

The town's hospital remains located on the river bank despite being inundated in 1998. 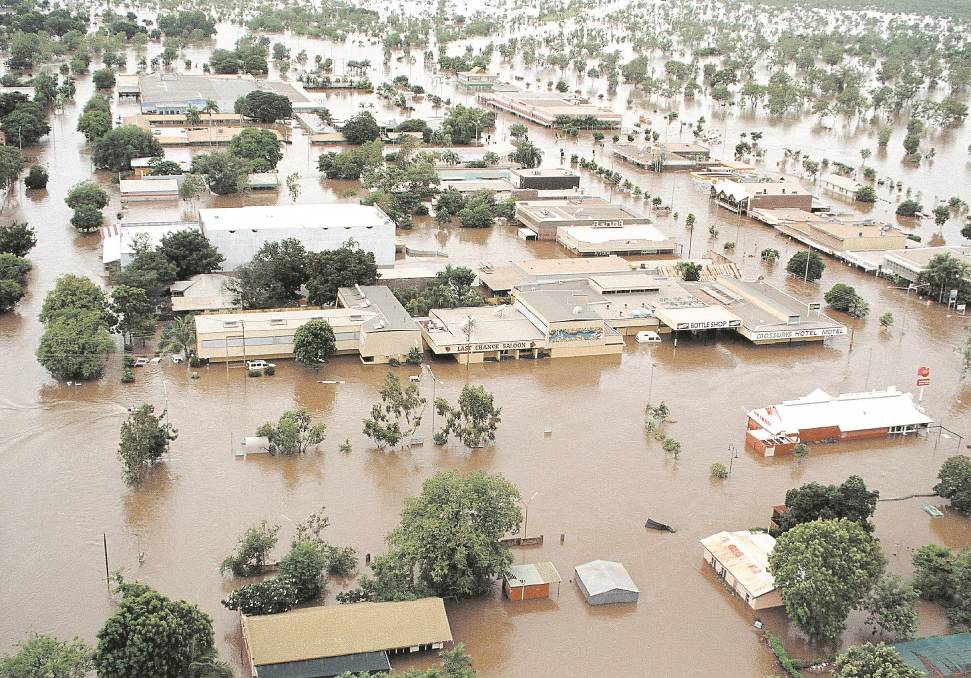 A minor flood warning was issued on Friday by the Bureau of Meteorology, and is still in place.

Northern Territory Police Commander Janelle Tonkin said with river levels expected to hover at the 15 metre mark, there was no cause for alarm. 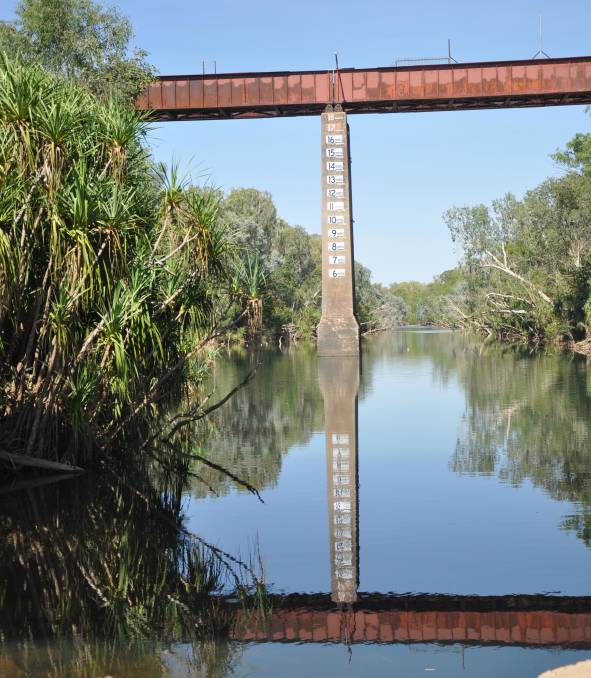 How the Katherine River, in Katherine, normally looks outside the wet season.

The previous two wet seasons in Katherine saw the river reaching record lows - in February 2019, the river dwindled to just 1.41 metres - well below anything seen since 1986.